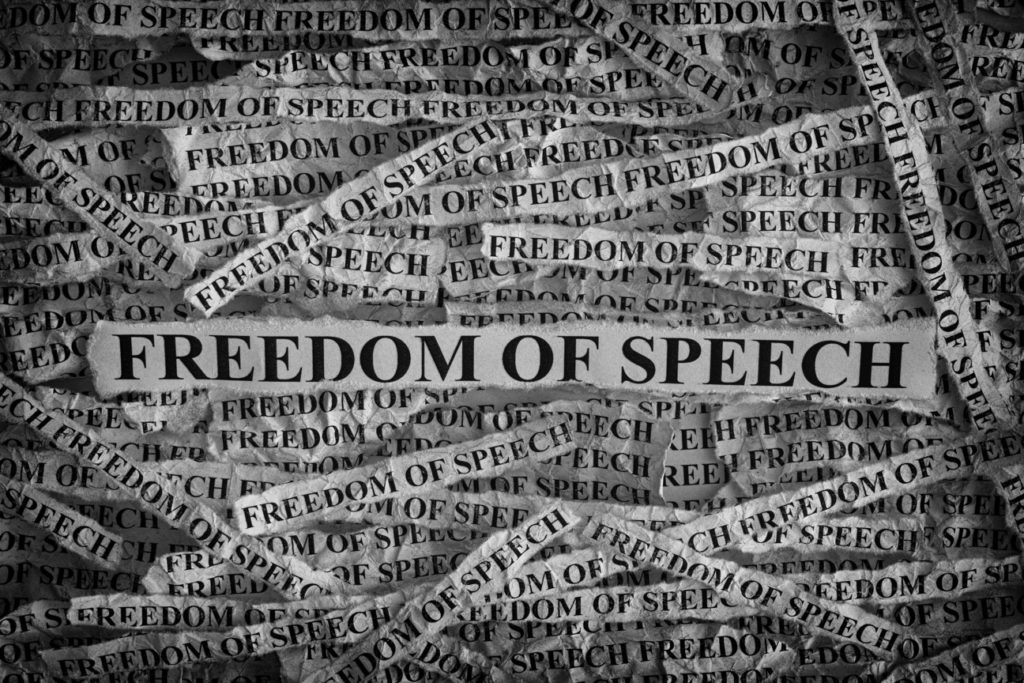 The month of July brought great news for one high school student from Oregon. Addison Barnes received a favorable court ruling from a federal judge over his suspension from Liberty HIgh School in Hillsboro, OR. Addison was suspended in January for wearing a t-shirt supporting President Trump’s proposed border wall to a politics class discussion on immigration. The shirt read: “Donald J. Trump Border Wall Construction Co. – The Wall Just Got 10 Feet Taller.” The assistant principal told Barnes to cover up. Upon refusing, he was removed from class and suspended.

Barnes sued the school, and received a temporary restraining order in May, resulting in the removal of the ban on his shirt and the lifting of his suspension. After weeks more of litigation and signs that the student’s case was sure to succeed, the school district settled! Barnes received $25,000 to cover his legal fees and, possibly best of all, a written apology from the school’s principal.

What excites us about this case is the strong support from federal District Judge Michael W. Mosman and the growing trend this reflects across the country in support of free speech. Too long have liberals made public schools ground zero for launching the thought and sensitivity police against independent-minded students.

Barnes’s defense attorneys invoked one of the most famous student free-speech cases in his decisions, Tinker vs. Des Moines, in which the Supreme Court sided with students who had been suspended after wearing black armbands in protest to the Vietnam War. Tinker held that “Students don’t shed their constitutional rights at the schoolhouse gates.” Similarly, Barnes’s lawyers wrote that this leaves “no doubt that this requires tolerance of ‘controversial’ opinions or ‘unpopular’ viewpoints. School officials may not suppress student speech based on the ‘mere desire to avoid the discomfort and unpleasantness that always accompany an unpopular viewpoint’ or ‘an urgent wish to avoid the controversy which might result from the expression.'” The judge in Barnes’s case agreed.

Free speech issues have taken on a new visibility in the era of Trump. Conservative students take hope! Vindication and relief is finally making its way to public schools and universities.

What You Need to Know is Title 42 is about to expire! What is your preference? Do you prefer we have a secure border and decide who we let in? Or that … END_OF_DOCUMENT_TOKEN_TO_BE_REPLACED

Biden’s Plan to Buy Votes  As the midterm elections fast approach, Democrats have lost a key demographic that they relied on in 2020: … END_OF_DOCUMENT_TOKEN_TO_BE_REPLACED

Phyllis Schlafly Eagles · May 19 | Boys and Girls and Grades? ** Previously recorded by Phyllis Schlafly // May 2015 ** Colleges claim they … END_OF_DOCUMENT_TOKEN_TO_BE_REPLACED

For Immediate Release: May 10, 2022Contact: Ryan Hite, Communications Director Concerned Parents Are the Driving Force of Local and Midterm … END_OF_DOCUMENT_TOKEN_TO_BE_REPLACED