St. Louis, MO: Just before the Christmas holiday, the Attorneys General of Alabama, Louisiana, and South Dakota filed a federal lawsuit against Archivist of the United States David Ferriero in objection to his leaving open the ratification process for the long-dead Equal Rights Amendment. Phyllis Schlafly Eagles welcomes this well-grounded lawsuit, which comes on the heels of a year-long investigation by our Eagle staff to root out pro-ERA bias in the National Archives and Records Administration.

“Archivist David Ferriero may claim impartiality on ERA ratification, but that’s not even remotely true. This unelected bureaucrat is drenched in the Swamp, and that shouldn’t come as a surprise,” said Phyllis Schlafly Eagles president Ed Martin. “When we got word that Ferriero was bragging on Nevada’s alleged ‘ratification’ of ERA, we immediately filed a Freedom of Information Act request to get to the bottom of things.

“Instead of satisfying our straightforward request for documents related to the validity of the Illinois and Nevada ratifications, the National Archives sent Phyllis Schlafly Eagles a string of irrelevant responses, denials, and rejections over the course of many months. Our diligent staff chased down every possible angle, but it appears only a lawsuit from these attorneys general will bring the whole truth to light.

“These brave Attorneys General of Alabama, Louisiana, and South Dakota can rest assured knowing they have the full support of Phyllis Schlafly Eagles. Together, we will get to the bottom of pro-ERA trickery at the office of National Archivist David Ferriero.”

One of our Eagle leaders alerted us to bias in the U.S. Archivist’s office via this Tweet: 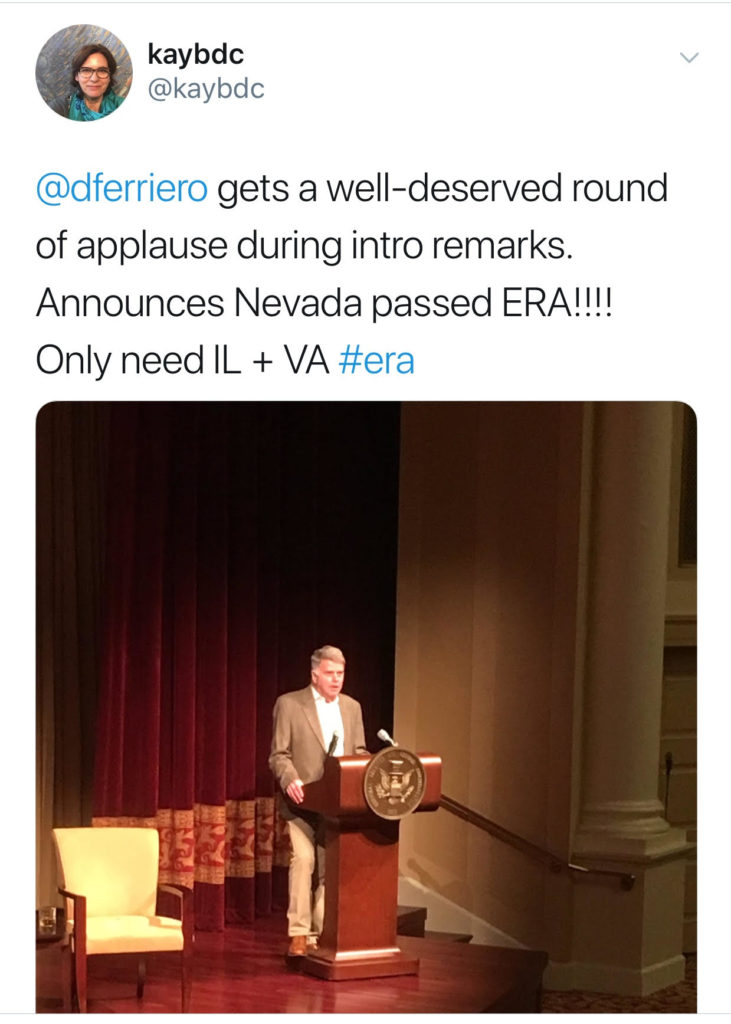 What You Need to Know is the House GOP Must Exercise Power of the Purse. We’re back to following the money this week, this time in Congress! House … END_OF_DOCUMENT_TOKEN_TO_BE_REPLACED

What You Need to Know is about classified documents and presidential power! Joe Biden’s unmasking may be coming, thanks to the GOP House. The DOJ has … END_OF_DOCUMENT_TOKEN_TO_BE_REPLACED

What You Need to Know is Fauci retires from the Covid Industrial Complex! He’s sneaking out under the cover of Thanksgiving and a no-news week. He … END_OF_DOCUMENT_TOKEN_TO_BE_REPLACED

What You Need to Know is Mom first! Life begins at conception. But what if the pro-life movement reframed the battle. What if we advertised that life … END_OF_DOCUMENT_TOKEN_TO_BE_REPLACED

Proving once again that he is in touch with ordinary Americans, Donald Trump selected education for the first video message of his 2024 presidential … END_OF_DOCUMENT_TOKEN_TO_BE_REPLACED