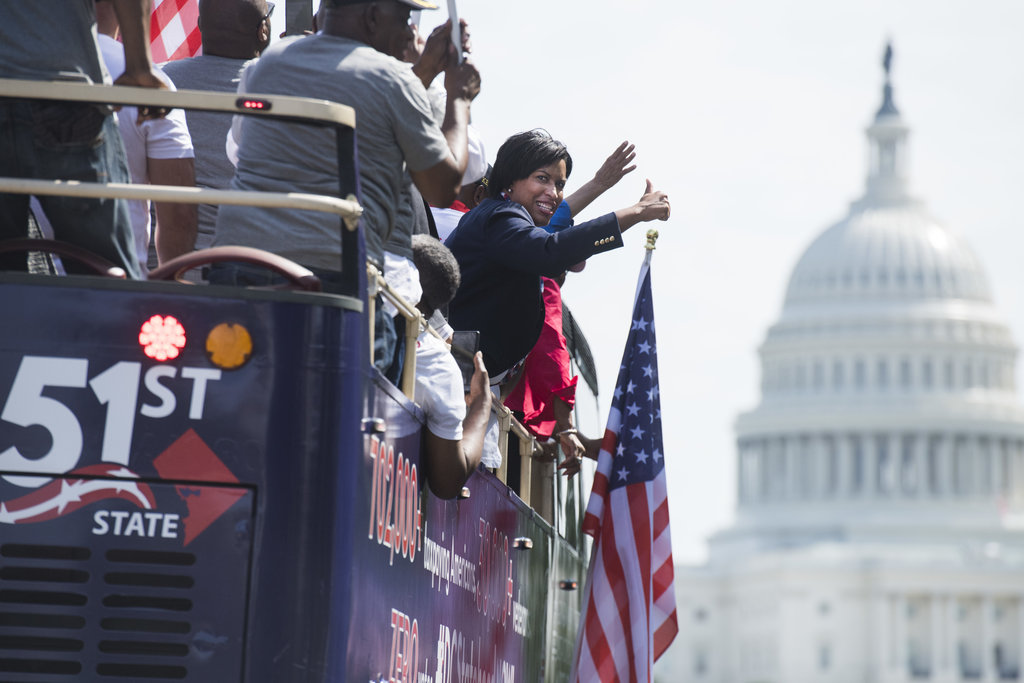 Constitution Day, September 17, marks the day in 1787 when representatives of the newly independent states along the Atlantic seacoast agreed to form a new Constitution on behalf of “We the People of the United States.”  George Washington, who had presided over the contentious convention in Independence Hall in Philadelphia, transmitted the finished document to the states for ratification.

A 2005 federal law sponsored by the most senior Democrat in the Senate, Robert C. Byrd, requires all federal agencies and schools that receive federal funds to teach about the Constitution on this day.  Yet many agencies and schools have defied that law by criticizing, attacking and undermining the fundamental document that was dedicated “to form a more perfect union.”

One such lawless federal agency is the District of Columbia itself, the wholly owned enclave on the Potomac River which comprises the seat of our national government.  The mayor, delegate, and other officials, whose high salaries are indirectly paid by taxpayers throughout the nation, are celebrating Constitution Day by trying to overturn the very provision that created Washington, D.C.

H.R. 51, a bill to make the District of Columbia the 51st state, was introduced on the first day of the new Democrat-controlled Congress by Eleanor Holmes Norton, who has been D.C.’s non-voting Delegate for the past 29 years.  The House Oversight and Reform Committee, chaired by Elijah Cummings of Baltimore, plans to hear testimony this week from Mayor Muriel Bowser and other D.C. officials. 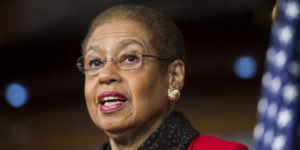 H.R. 51, a bill to make the District of Columbia the 51st state, was introduced on the first day of the new Democrat-controlled Congress by Eleanor Holmes Norton, who has been D.C.’s non-voting Delegate for the past 29 years.

The partisan purpose of such a move is to give Democrats in Congress two new liberal senators and one new seat in the House.  The territory cast 93 percent of its votes for Hillary Clinton and only 4 percent for Donald Trump, and the Democratic Party would ensure that only very liberal politicians would represent it in Congress.

The decision to put our national government in its own separate territory, outside the boundaries of any state, was one of the pivotal compromises essential to reaching agreement at the Philadelphia convention in 1787.  Perhaps James Madison foresaw the dangers of giving the “swamp” power when he wrote in Federalist No. 43 that it was an “indispensable necessity” to prevent U.S. government officials from becoming dependent on local residents who would wield too much influence.

Statehood for D.C. is not a new idea.  One prior effort sought to rename D.C. as the State of New Columbia, but political correctness today prevents naming anything after Christopher Columbus anymore!

As the longstanding “delegate” from D.C. to Congress, Eleanor Holmes Norton can already serve on committees and speak on the House floor.  She has federally funded offices and an official website at house.gov just like the real congressmen who represent the 50 states.

She already calls herself a “Congresswoman” and she takes positions on pending legislation, such as working against a pro-life bill introduced by Congressman Chris Smith to limit the funding of abortion in D.C.  Her background includes signing the “Black Woman’s Manifesto,” which in 1970 expressed views of radical feminism and blamed capitalism for oppressing women and minorities.

She has been a supporter of legislation expanding abortion and even prohibiting states from limiting it.  She has received the endorsement of EMILY’s List, a PAC that supports the election of politicians who want unrestricted, taxpayer-funded access to abortion.

Eleanor Holmes Norton is not a full voting member of Congress, at least not yet.  But she would probably become one, perhaps even in the U.S. Senate, if H.R. 51 ever became law.

More than 200 congressmen, all Democrats, co-sponsor her bill to create a new state called the State of Washington, Douglass Commonwealth.  The proposed name does not even sound like a real state, but political correctness run amok.

Many of the arguments for making D.C. a new state could apply to Puerto Rico and other commonwealths and territories of the United States.  But the case for D.C. statehood is much weaker, because the Constitution specifically envisioned a neutral location for the federal government.

Washington’s 68 square miles were voluntarily conceded by Maryland to the United States for use as our nation’s capital, not to create a new state having equal power as itself.  If the real desire is to provide representation in Congress for those who live within D.C., then the Maryland delegation could represent the people of D.C., too.

But such representation is not what the drive for D.C. statehood is really about.  Instead, Democrats want two more senators to shift the balance of power to their side in the U.S. Senate.

What You Need to Know is the Qatar-Europe NGO scandal continues! These global schemes with millions of dollars flowing through non-government … END_OF_DOCUMENT_TOKEN_TO_BE_REPLACED

Phyllis Schlafly Eagles · February 3 | "Woman" Is the Word of the Year The internet is a powerful tool that most of us use every day. … END_OF_DOCUMENT_TOKEN_TO_BE_REPLACED