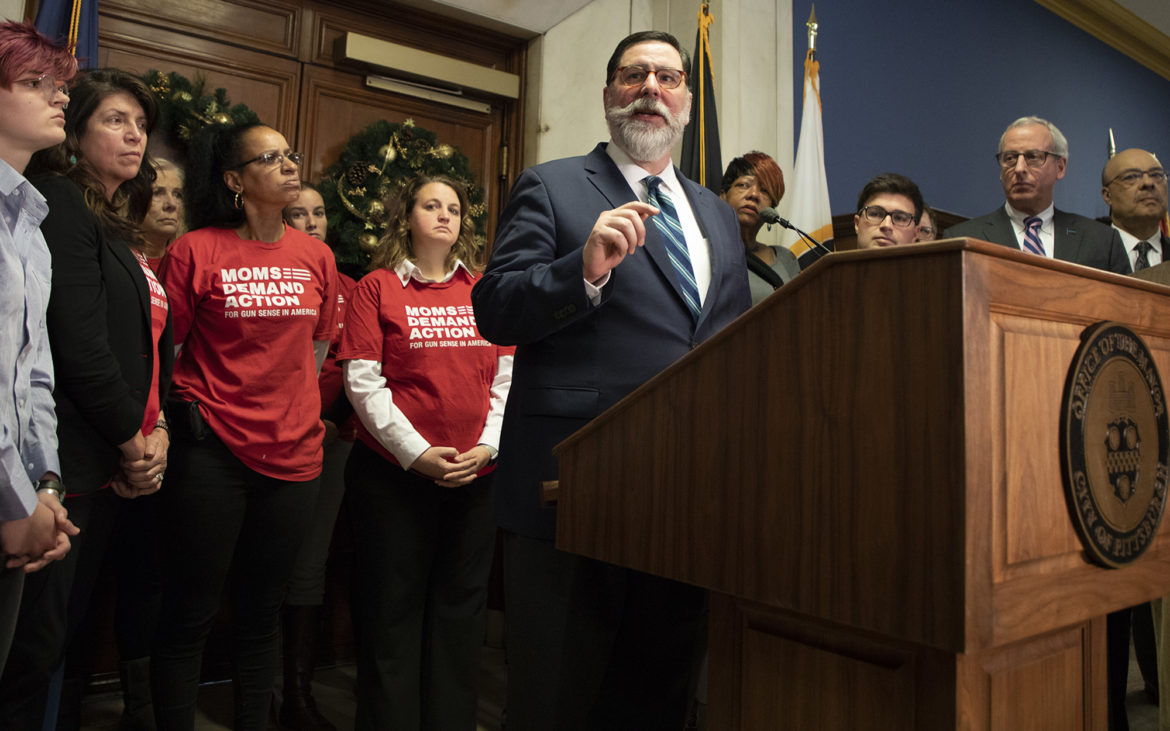 When it comes to the Second Amendment, most liberals leave logic at the door when they form their opinions. However, now it looks like Pittsburgh Mayor William Peduto is choosing to leave the law at the door too. In the wake of the tragic shooting at the Tree of Life Synagogue in Pittsburgh, Pennsylvania, Peduto is calling for a total ban on semiautomatic firearms, bump stocks, and so-called “high capacity” magazines. According to him, a ban enforced with confiscation orders is the best way to prevent more mass shootings from taking place.

Under the state’s preemption law, no city or county government can make gun control laws stricter than the state’s laws. Mayor Peduto is smart enough to know that what he is pushing is illegal, but he does not care.

For the moment, let’s put aside the fact that Peduto’s plan would do nothing to keep guns out of the hands of criminals. Let’s even put aside the fact that this plan would stomp all over the Second Amendment as clarified by the 2008 D.C. v. Heller decision. On top of all this, Peduto’s plan could never work because it is a clear violation of Pennsylvania state law. Under the state’s preemption law, no city or county government can make gun control laws stricter than the state’s laws. Mayor Peduto is smart enough to know that what he is pushing is illegal, but he does not care. That is the philosophy you will run into when you are up against the gun control crowd. For them, it is not about what is legal or what will be effective. All they care about is getting a political football into the end zone.

Of course, there are many people who are innocently fooled into believing the misinformation spread about the gun issue. When big names like Mayor Peduto pretend that owning a semiautomatic firearm is something abnormal, it is easy to be tricked into supporting a ban. When the media throws around meaningless terms like assault weapon, it is easy to be scared into wanting them gone. Don’t expect the left to play fair on this issue. As Mayor Peduto demonstrated, they will do anything they can to win the day, even if it means stripping you and me of our right to defend ourselves. That is why it is up to conservatives to know what we are talking about. Knowledge really is power on the gun issue.