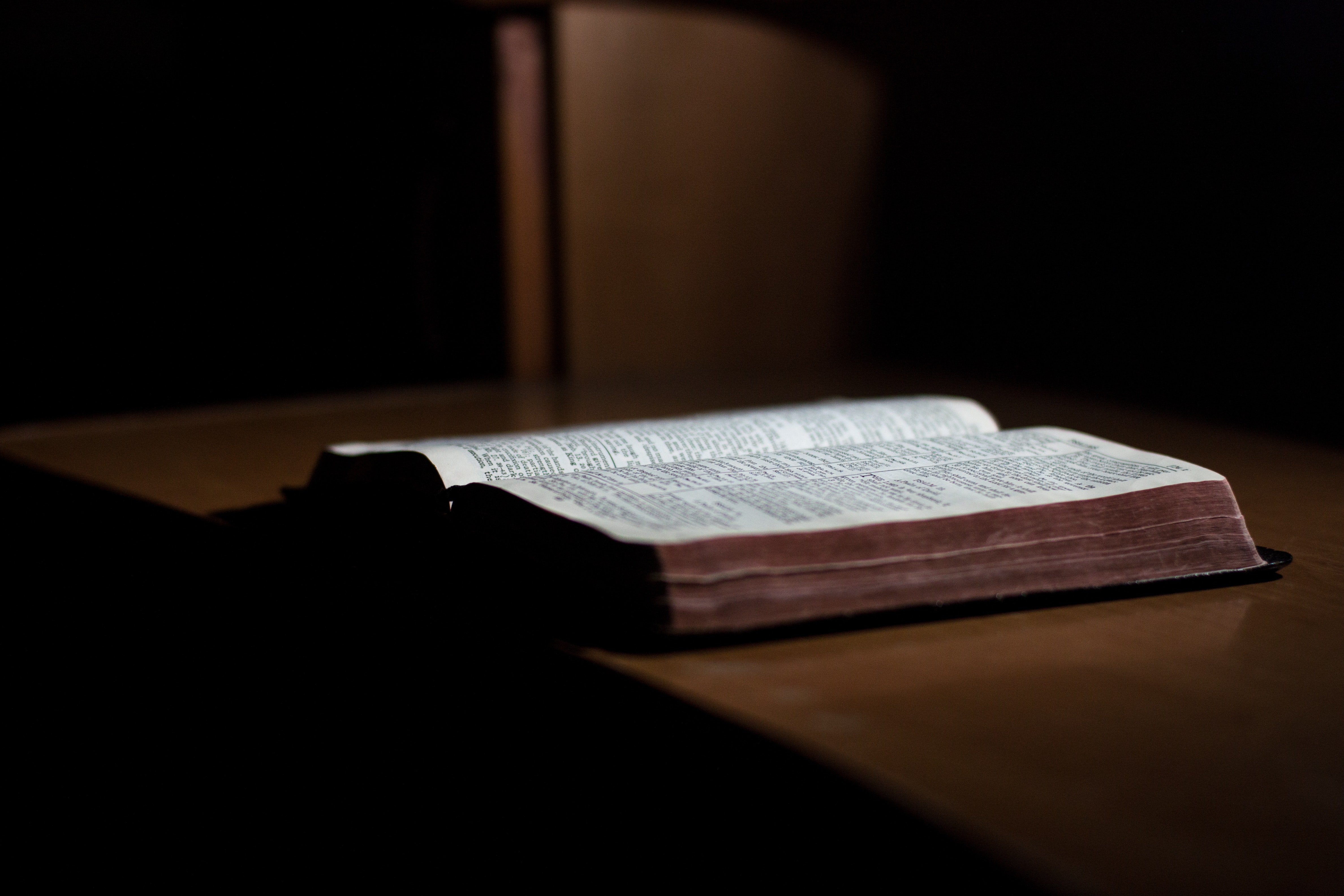 “It is a fountain of strength and now, as always, an aid in attaining the highest aspirations of the human soul.”

Powerful groups in the United States are trying to turn us into a completely secular nation and banish all reference to God and prayer from any public place or event. Those are the people who file lawsuits against the words “under God” in the Pledge of Allegiance to the Flag, against Ten Commandments monuments in courthouses and parks, and against students who want to reference their faith at graduation ceremonies. Those secularists are trying to make us believe that any public reference to religion happened only in the olden days, and now we need to get rid of those references. I would like to remind you that on this date of October 4 in 1982, President Ronald Reagan proclaimed the “Year of the Bible. Reagan’s proclamation stated: “Now, therefore, I, Ronald Reagan, President of the United States of  America, in recognition of the contributions and influence of the Bible on our Republic and our people, do hereby proclaim 1983 the Year of the Bible in the United States.    I encourage all citizens, each in his own way, to reexamine and rediscover its priceless and timeless message.”

Now, I don’t want you to think that this public respect for the Bible was expressed only by Republican Presidents. In 1941, a Democratic Party President, Franklin D. Roosevelt, wrote the prologue of a special Gideons’ edition of the New Testament & Book of Psalms that was distributed to millions of World War II soldiers.    Here are President Roosevelt’s words: [quote] “As Commander-in­ Chief, I take pleasure in commending the reading of the Bible to all who serve in the armed forces of the United States. Throughout the centuries, men of many faiths have found in the Sacred Book words of wisdom, counsel and inspiration. It is a fountain of strength and now, as always, an aid in attaining the highest aspirations of the human soul.”

What You Need to Know is the Media and Democrats are spinning! Coverage up to the November elections will tell us it's close even though it's not. See … END_OF_DOCUMENT_TOKEN_TO_BE_REPLACED

Phyllis Schlafly Eagles · #WYNK: It's 1894 In 2022 | September 30, 2022 #ProAmericaReport The following is a transcript from the Pro America … END_OF_DOCUMENT_TOKEN_TO_BE_REPLACED

What You Need to Know is the comparison from 1894 to 2022. We are in a similar situation as in 1894. They were in a recession back then. There was a … END_OF_DOCUMENT_TOKEN_TO_BE_REPLACED

Phyllis Schlafly Eagles · #WYNK: Religious Liberty is Under Attack | September 13, 2022 #ProAmericaReport The following is a transcript from the … END_OF_DOCUMENT_TOKEN_TO_BE_REPLACED

Phyllis Schlafly Eagles · October 5 | Follow the Science on Monkeypox As Americans try to put Covid behind us, another frightening virus has … END_OF_DOCUMENT_TOKEN_TO_BE_REPLACED