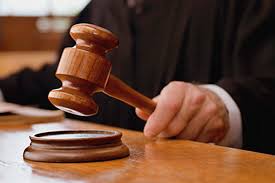 Federal judges not only manifest an anti-religion bias, but also a bias to uphold power of the public schools to take even more extreme anti-religion positions than the Constitution could possibly require.

Take, for example, what happened in the State of Washington.  A senior high school orchestra was told to select a piece from its musical repertoire to be performed during the graduation ceremony. The kids chose a piece by composer Franz Biehl called “Ave Maria,” which the students believed best showcased their talent and the skill of their work with wind instruments. The piece was to be performed as an orchestral work without any singing or words spoken. The piece the seniors selected was not one of the famous Schubert or Bach Ave Marias, but was a rather obscure piece that probably no one would recognize if it were performed without words. In one funny aspect of this case, a school administrator who had a doctoral degree and formal training in the matter of religion in public schools admitted that she did not know the meaning of the words “Ave Maria” but had only a vague sense that the term had some religious origin.

Nevertheless, the school forbade the students to play the piece they selected, claiming it might be an offense to the First Amendment.  A federal court held against the students. Judge Robert Lasnik, who wrote the decision, was the same judge who had struck down a good Washington State law banning video games that demonstrated how to kill policemen.  He wrote in that decision that violent video games are “as much entitled to the protection of free speech as the best of literature.” His anti-religion decision would put the “best of” music off-limits to public school performers; that means goodbye to many of the great works of Bach, Haydn, Handel, Beethoven and Mozart.

The school’s decision was upheld by the Ninth Circuit Court of Appeals, and the U.S. Supreme Court refused to review the case.

Phyllis Schlafly Eagles · #WYNK: Pro-Life Movement Has to Adjust | January 19, 2023 #ProAmericaReport The following is a transcript from the Pro … END_OF_DOCUMENT_TOKEN_TO_BE_REPLACED

Phyllis Schlafly Eagles · #WYNK: Political Hit Jobs Against Lawyers | January 18, 2022 #ProAmericaReport The following is a transcript from the Pro … END_OF_DOCUMENT_TOKEN_TO_BE_REPLACED

What You Need to Know is Ours is a Religious Nation. Phyllis Schlafly reminded us of this plain fact in her column on Christmas Eve 1982. Our founders … END_OF_DOCUMENT_TOKEN_TO_BE_REPLACED

Phyllis Schlafly Eagles · #WYNK: Trump is Stronger Than Biden | January 27, 2023 #ProAmericaReport The following is a transcript from the Pro … END_OF_DOCUMENT_TOKEN_TO_BE_REPLACED