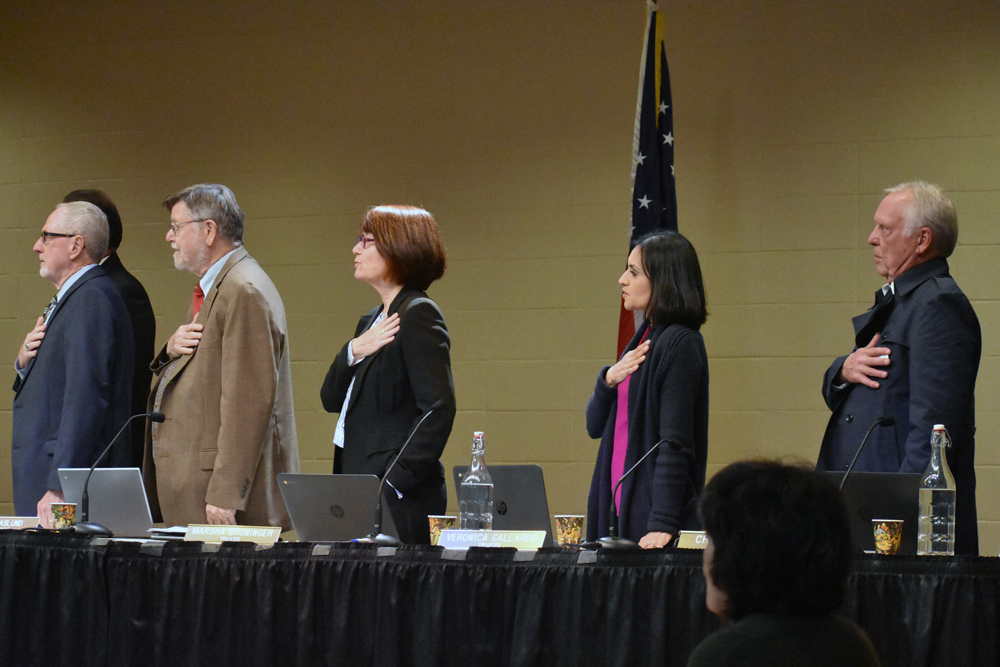 There are certain things that unite all of us as American citizens. I’m not talking about baseball and apple pie. I am talking about the fundamental values that we share. We might have differences of opinion on almost every issue, but you will be hard-pressed to find someone in America who has a problem with “life, liberty, and the pursuit of happiness.” As we think about these sacred values, we look to the Pledge of Allegiance, a truly American tradition in which we pledge our loyalty not to monarchs or dictators, but to a set of principles. Yet, there are some who would seek to expunge even these most fundamental of beliefs from our land. I am sure you have heard of the small but loud crowd of people who go after the words “Under God” in the Pledge. Now there is a college in California that sought to ban the Pledge for entirely different reasons.

Santa Barbara City College gained national headlines for removing the Pledge of Allegiance from their regular board meetings reportedly “for reasons related to its history and symbolism.” Robert Miller, who serves on the Board of Trustees, said that the pledge has a “history steeped in expressions of nativism and white nationalism.” Curiously, Miller had no specific evidence to cite for his claim. He even admitted that “the language contained in the Pledge is not overtly nativist or xenophobic” but he still insisted that “the spirit that animated its creation was steeped in this sort of bigotry.”

As you might imagine, a stunt like this did not play so well with the American people. Not even at a liberal college in California can you take away a symbol of our very core beliefs as Americans. After tremendous public outcry, the board elected to reinstate the Pledge. This is the sort of situation that should make citizens like you and me question what is really going on in our schools. When we send our kids and our money to places like Santa Barbara City College, is this what we are supporting? Let’s reevaluate what influences we allow to teach the next generation of Americans. Values matter.

What You Need to Know is Ours is a Religious Nation. Phyllis Schlafly reminded us of this plain fact in her column on Christmas Eve 1982. Our founders … END_OF_DOCUMENT_TOKEN_TO_BE_REPLACED

What You Need to Know is government accountability is lacking and it’s getting worse. No one knows who’s written this massive spending omnibus bill … END_OF_DOCUMENT_TOKEN_TO_BE_REPLACED

What You Need to Know is Mom first! Life begins at conception. But what if the pro-life movement reframed the battle. What if we advertised that life … END_OF_DOCUMENT_TOKEN_TO_BE_REPLACED