Even Democrats Oppose Chipman as Divisive, Feckless, and Too Political

Washington, D.C.: Today the Senate Judiciary Committee punted the nomination of David Chipman as director of the Bureau of Alcohol, Tobacco, and Firearms (ATF). Despite a tied committee vote, Democrats pulled Swamp maneuvers to push Chipman to a full floor vote in the upper chamber.

“David Chipman is the most divisive, widely opposed nominee to date — and for good reason,” said Ed Martin, president of Phyllis Schlafly Eagles. “Republicans, many Democrats, and even former bureaucrats agree: David Chipman is a rabid partisan and wasn’t even a good field agent.”

Former ATF agents and leadership condemn Chipman as well, citing that he’s “too political to lead an unbiased agency.”

“Chipman has seemingly worked for every major anti-gun lobby since leaving the ATF,” continued Martin. “He has taken every conceivable anti-Second Amendment position available. He has a history of insulting and name-calling gun owners.”

What You Need to Know is We are losing our culture because of lack of confidence. One statue at a time: City of Charlottesville removes Lewis and … END_OF_DOCUMENT_TOKEN_TO_BE_REPLACED

What You Need to Know is Big Government is using the power of the government against the people. Each of us is given two options, 1) self-censor or 2) … END_OF_DOCUMENT_TOKEN_TO_BE_REPLACED 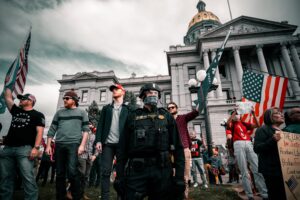 The top priority for Biden and congressional Democrats is H.R. 1, which would require all 50 states to implement fraud-prone election procedures. This … END_OF_DOCUMENT_TOKEN_TO_BE_REPLACED

What You Need to Know is Pelosi has a hold on the Narrative Machine. Let’s rise in praise of Dictator Pelosi, destroyer of the greatest Democratic … END_OF_DOCUMENT_TOKEN_TO_BE_REPLACED

Phyllis Schlafly Eagles · July 29 | Who's Behind WHO? President Donald Trump was roundly criticized by the globalists for initiating the … END_OF_DOCUMENT_TOKEN_TO_BE_REPLACED