FOR IMMEDIATE RELEASE: APRIL 17, 2018
CONTACT: RYAN HITE, COMMUNICATIONS DIRECTOR
“‹”‹”‹”‹
St. Louis MO: Former First Lady and American political figure Barbara Bush passed away today after a series of hospitalizations and battling congestive heart failure for some time. As first lady and as a policy leader, she shaped a reputation for herself in politics even aside from her marriage to the 41st President of the United States, George H. W. Bush, and mother to the 43rd, George W. Bush.

"We are saddened to hear of Mrs. Bush's passing," said Ed Martin, president of Phyllis Schlafly Egles. "Our prayers are with her family at this time and particularly with her husband of 72 years. What a legacy she leaves! More than 70 years of marriage, six children, fourteen grandchildren, and seven great-grandchildren.

"Phyllis Schlafly knew and worked with the Bushes not only during their tenure as Vice President and Second lady but also during their time in the White House. During all the years of her husband's business and political career, Mrs. Bush chose homemaking and raising their children as her primary responsibility. Phyllis Schlafly always considered homemakers to be the backbone of America." 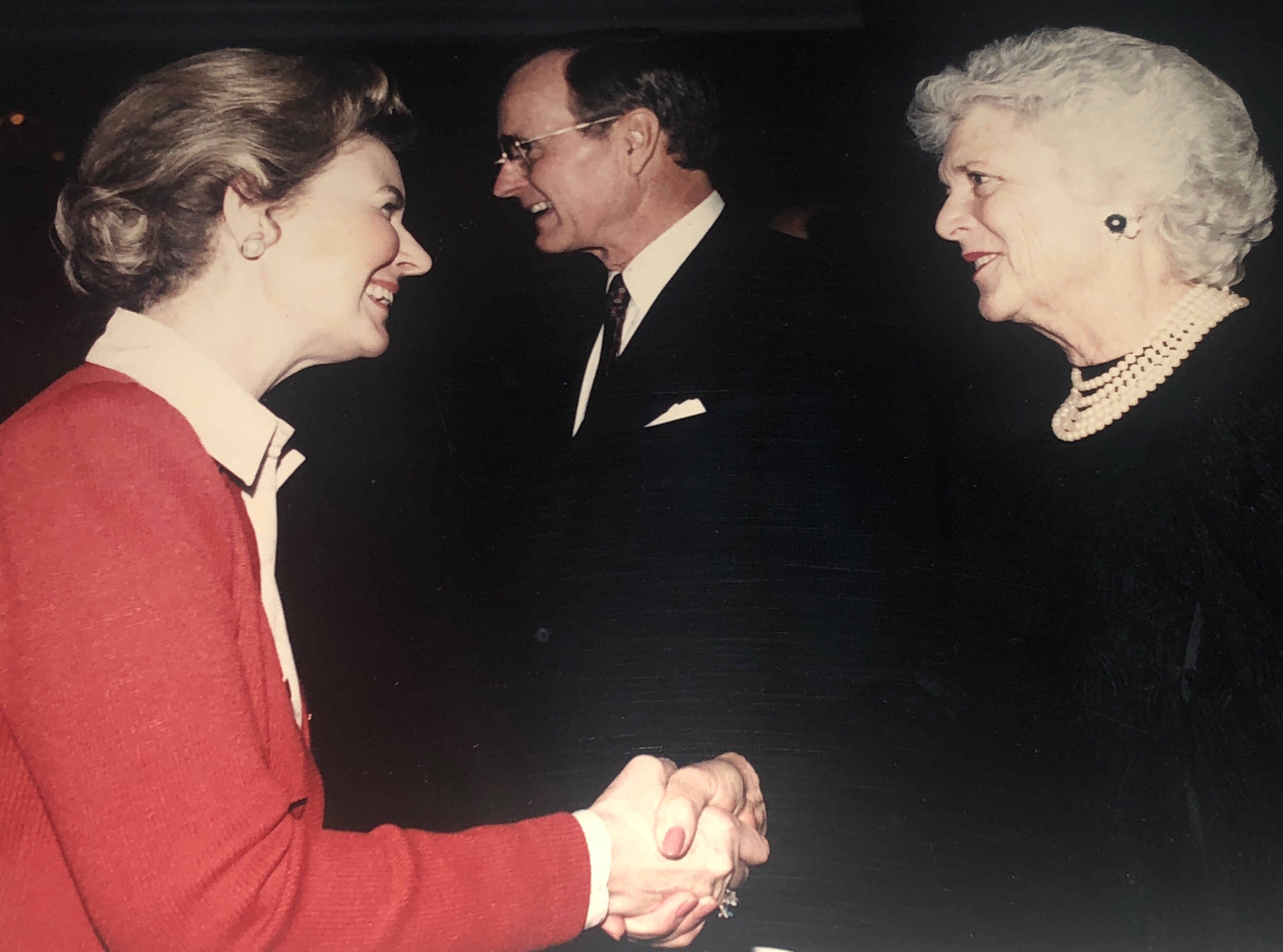 What You Need to Know is Ray Epps was in on it! Who is Ray Epps? Congressman Jamie Raskin gave us the answer after the prompting by Congressman Thomas … END_OF_DOCUMENT_TOKEN_TO_BE_REPLACED

Phyllis Schlafly Eagles · August 31 | Men and Abortion Among the many good things to come out of the Dobbs decision by the Supreme Court, the … END_OF_DOCUMENT_TOKEN_TO_BE_REPLACED

What You Need to Know is President Biden is Targeting Republicans! President Biden has given a speech saying that if anyone supports Trump they are … END_OF_DOCUMENT_TOKEN_TO_BE_REPLACED

Phyllis Schlafly Eagles · August 31 | Men and Abortion Among the many good things to come out of the Dobbs decision by the Supreme Court, the … END_OF_DOCUMENT_TOKEN_TO_BE_REPLACED

Phyllis Schlafly Eagles · #WYNK: Who Is Congressman Troy Nehls? | September 28, 2022 #ProAmericaReport The following is a transcript from the Pro … END_OF_DOCUMENT_TOKEN_TO_BE_REPLACED