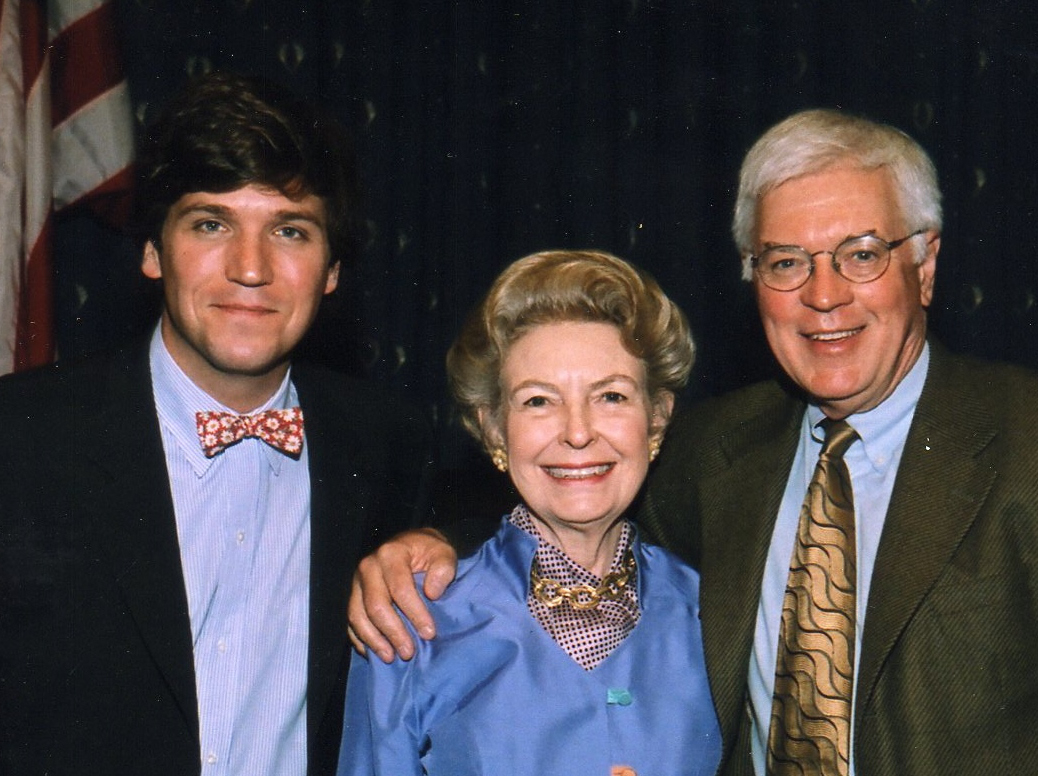 Phyllis Schlafly Eagles · August 23 | NSA Spying on Tucker. and You?

Fox News sensation Tucker Carlson announced on his evening cable news show that an NSA whistleblower came forward to warn him that “the National Security Agency is monitoring [his] electronic communications and is planning to leak them in an attempt to take the show off the air.” Based on the evidence presented by Carlson and this whistleblower, it looks like both are making credible claims. Carlson said that the whistleblower was able to provide his team with private information that could only have been obtained by viewing his electronic communications.

The only problem is that it violates federal law for the NSA to spy on American citizens, and the violation is especially egregious when the spying is being conducted for partisan political purposes. The roots of the Deep State clearly run deep. If they are willing to flout federal law to come after Tucker, who knows which one of us could be next?

Of course, the NSA was quick to deny the whole thing. They released a statement promising that they only focus on their stated mission, which is to monitor intelligence from foreign actors. However, what possible reason do we have to take the NSA at their word? Credible accusations against the NSA go all the way back to the 1970s. Back in 2013, whistleblower Edward Snowden famously leaked thousands of documents implicating the NSA for spying on American citizens. Absolutely no one should be surprised by this new accusation from Tucker Carlson.

However, Carlson’s claim does add one new tidbit to the conversation. He was the one to uncover the fact that the NSA seems to be doing this spying on behalf of a clear ideological agenda. If the NSA wants to get Tucker Carlson Tonight canceled, it can only mean one thing: the Deep State is weaponizing the National Security Agency against conservatives. They don’t even mind stepping over a few federal laws in the process.

This is what comes with an overbearing Federal bureaucracy. Big Government is not a faceless machine. There are nearly two million civilian federal employees, and many of them are willing to use their positions of power to fight conservatives at every turn. It’s time to fight back.

What You Need to Know is it’s a Time for Choosing Again — time to choose life! In the wake of the Dobbs decision, the left is sneakily … END_OF_DOCUMENT_TOKEN_TO_BE_REPLACED

For Immediate Release: June 27, 2022Contact: Ryan Hite, Communications Director Washington, D.C.: “Praying in public is not a crime, and the … END_OF_DOCUMENT_TOKEN_TO_BE_REPLACED

What You Need to Know about the January 6th prisoners. It seems like those who were arrested because of their involvement on Jan. 6th are being held … END_OF_DOCUMENT_TOKEN_TO_BE_REPLACED

What You Need to Know is How America is Winning and Losing. One way we are losing in America is how the Narrative Machine is reporting the Jan. 6th … END_OF_DOCUMENT_TOKEN_TO_BE_REPLACED

Phyllis Schlafly Eagles · July 6 | Will Globalists Build the Future? Amid chaos on many fronts, globalists march forward into the night. Klaus … END_OF_DOCUMENT_TOKEN_TO_BE_REPLACED

“This is about the future of the liberal world order and we have to stand firm,” declared Biden Administration official Brian Deese. “Liberal world … END_OF_DOCUMENT_TOKEN_TO_BE_REPLACED