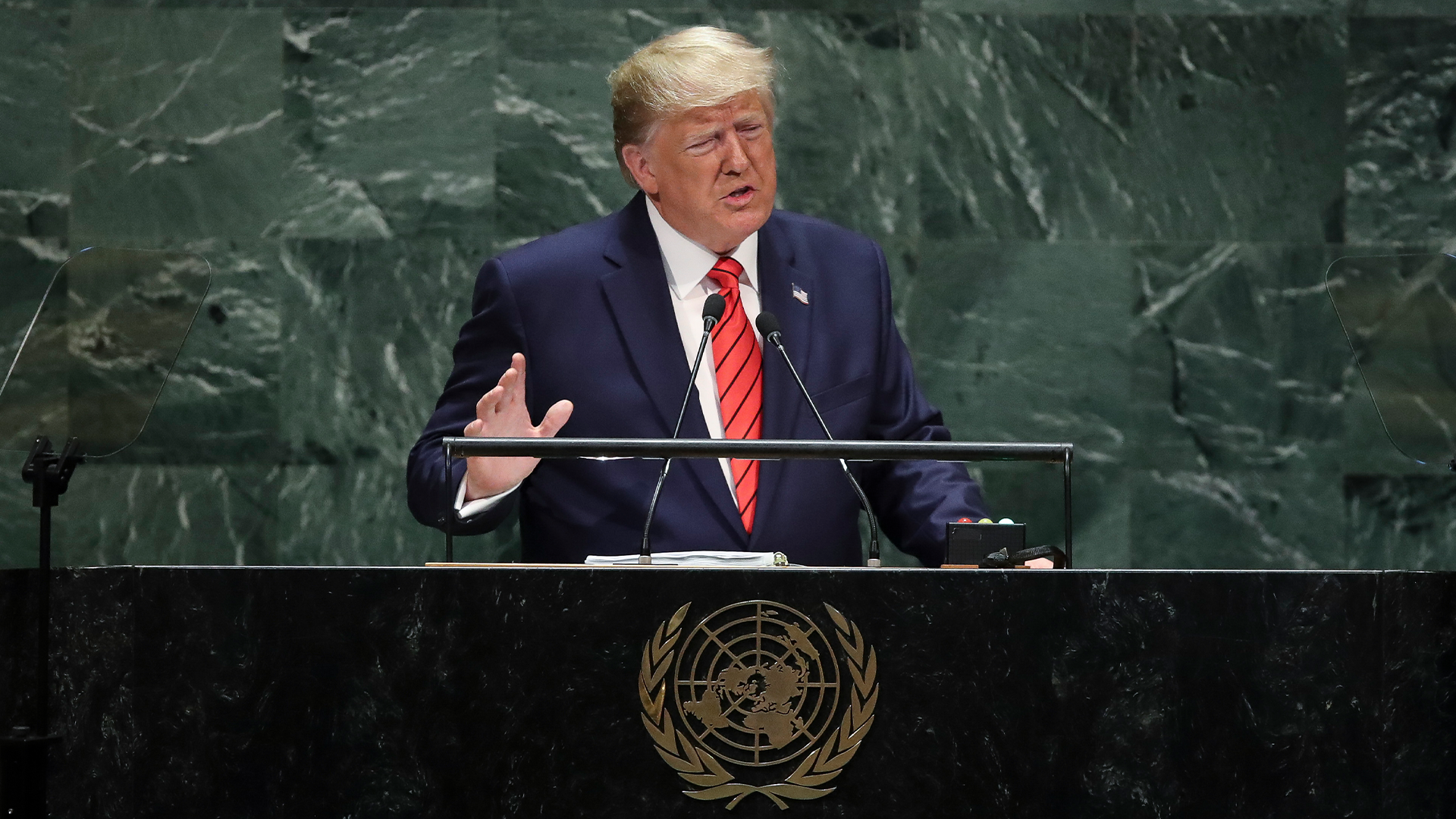 In President Trump’s latest speech to the United Nations, he was not ashamed to call out the laziness that threatens the spirit of national sovereignty. He lambasted the mass migration that floods a peaceful nation with illegal immigrants and all the crime they bring along with them. Trump pointed out that “Mass illegal migration is unfair, unsafe, and unsustainable for everyone involved. The sending countries and the depleted countries – and they’ve become depleted very fast – their youth is not taken care of and human capital goes to waste,” he added.  In the United States, “we have taken very unprecedented action to stop the flow of illegal immigration.”

Trump sent the strong message against migration prior presidents of both parties should have delivered, but never did. After raking world leaders over the coals for letting these problems continue, he made a personal appeal to potential immigrants, saying “To anyone considering crossing our border illegally, please hear these words: Do not pay the smugglers.”

Trump’s political foes already mischaracterize his speech as somehow being “aggressive” or “red meat” for Trump’s base, as Politico put it. But there was nothing aggressive or politicized about Trump’s remarks, which reflect his long-held views and what he was elected to do. Besides, if someone you knew was planning to send their underage children on a thousand-mile voyage across the desert with dangerous smugglers, you’d probably be pretty emphatic too. The very best thing Trump could do for the safety of illegal immigrants is to deny them entry in the strongest possible terms.

That’s why some world leaders are happy to work with President Trump on these issues. The Prime Minister of India, Narendra Modi, profusely praised Trump at a massive rally of 50,000 people in a football stadium in Houston.  Modi is just one of many world leaders who support Trump.

Unlike illegal caravans, the Trump phenomenon doesn’t have to stop at our borders. His speech at the UN is a clarion call to conservatives throughout the world. I welcome them all to the global conservative movement. I want every nation to have strong borders and national sovereignty.

For Immediate Release: January 26, 2022Contact: Ryan Hite, Communications Director Solution Staring Us In the Face to Save American Lives: Shut the … END_OF_DOCUMENT_TOKEN_TO_BE_REPLACED

What You Need to Know is thank Trump for the end of Roe v. Wade. As great as the March for Life was last week and excited as my family was to … END_OF_DOCUMENT_TOKEN_TO_BE_REPLACED

Phyllis Schlafly Eagles · February 3 | "Woman" Is the Word of the Year The internet is a powerful tool that most of us use every day. … END_OF_DOCUMENT_TOKEN_TO_BE_REPLACED

What You Need to Know is Tucker is allowing the will of the people to be heard! When a huge block of Republicans and so-called conservatives are … END_OF_DOCUMENT_TOKEN_TO_BE_REPLACED