In the era of Twitter shadow-banning and Facebook deciding to become the social-conscience for the nation, two recently-passed bills are turning some heads. The Fight Online Sex Trafficking Act (FOSTA) and the Stop Enabling Sex-Trafficking Act (SESTA) are aimed toward excellent goals: fight against and ending human sex trafficking. But many organizations like the Electronic Frontier Foundation (EFF) are arguing that such bills that hold platforms responsible for users’ speech or illegal content. Even the Justice Department has warned that there could be “serious constitutional concerns.”

Regardless of motive on the bills, Microsoft seems to be taking this opportunity to crack down on what people are saying on their services. On March 1, the tech giant warned customers that a new User Agreement, coming in May, will allow Microsoft to monitor the Office Suite, Xbox, Skype, and other products for language and inappropriate content that they feel are offensive. They also announced that they would “investigating” users who are accused of violating this new policy, and they will block certain content from being sent to other people. They reserve their own right to “review Your [our] Content” in order to resolve issues.

This raises a slough of concerns on internet privacy and civil rights. Advocates for these issues are already speaking out against the new Microsoft agreement. Just who defines what is offensive language? To whom is it offensive? Americans are already neck-deep in massive technology companies deciding what is and is not “real news” or “a real person” vs a “bot.”

This upcoming Microsoft policy could easily serve as another launching point in the attack on free speech. Congress, the Justice Department, and free speech and privacy watch dogs must be on top of this issue! In a new digital age of risks, the balance between freedom and security must be found. Likewise, the expression of free speech must also be allowed to flourish, free from political censorship and corporate money-making monitors.

From free speech online to data collection on our kids and families, Phyllis Schlafly knew that conservatives must be active and first into the fray in our new digital age.

What You Need to Know is life matters across the board because it’s a great gift from God. The moment we’re in for the life movement is really key, … END_OF_DOCUMENT_TOKEN_TO_BE_REPLACED

What You Need To Know is this crime wave is intentional. Guest Host Andrea Kaye describes disturbing reports about a massive crime rate and murder … END_OF_DOCUMENT_TOKEN_TO_BE_REPLACED 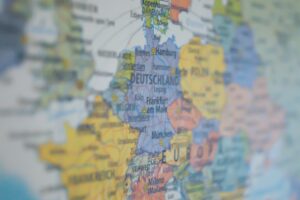 The Left’s promotion of censorship has shifted into high gear. Formerly in the vanguard of demanding freedom of speech, Leftists now openly advocate … END_OF_DOCUMENT_TOKEN_TO_BE_REPLACED

What You Need to Know is AG of VA Jason Miyares is fearless! Conservatives too often have a problem where they think the goal is to win the election … END_OF_DOCUMENT_TOKEN_TO_BE_REPLACED

Phyllis Schlafly Eagles · January 25 | Fire Fauci “Fire Fauci” should be the campaign slogan for every Republican, because the policies pursued by … END_OF_DOCUMENT_TOKEN_TO_BE_REPLACED

What You Need to Know is Kendi gets paid! Fairfax, Va. School District Spent $24,000 On Ibram Kendi Books For U.S. History Classes. And the … END_OF_DOCUMENT_TOKEN_TO_BE_REPLACED

If the education establishment wants to know why public schools don't get much respect from our citizenry, they need look no further … END_OF_DOCUMENT_TOKEN_TO_BE_REPLACED

Robert Strange McNamara belongs on the daytime soap operas. Better yet, his histrionics belong on Donahue or Geraldo or Sally Jesse Raphael. We are … END_OF_DOCUMENT_TOKEN_TO_BE_REPLACED