Conservatives see politics like a game of football — “keeping our eye on the ball” so that we can play the long game. However, liberals see politics as a game of dodgeball. They keep throwing different balls over and over again with the hopes that a few will eventually reach their target. Thankfully, Phyllis Schlafly saw through the liberal mentality and warned us of many threats in her December 2007 Phyllis Schlafly Report. 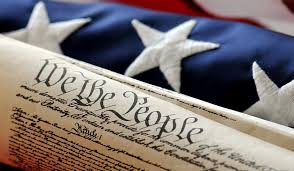 As the 2018 midterm elections approach, liberals have many tricky plans to bolster their representation. Perhaps the most prevalent of these schemes is to eradicate the Electoral College. The Founding Fathers were wise to institute this system we now enjoy. First, the Electoral College provides a strong defense against widespread election fraud and also prevents a candidate from demanding a recount in key jurisdictions in order to drum up a few thousand more votes in each to change the outcome of a close election.

The next liberal attack on the Constitution is the issue of statehood for Washington, D.C. Democrats know that D.C. will always vote for Democrats. The American people also know this, which is why they have such a strong opinion against the idea of D.C. statehood. If the Democrats cannot get more voting power from Washington, D.C., they will gladly head south to a place where residents don’t even want representation. Puerto Rican statehood would be a bad deal for the rest of America because most residents of the commonwealth do not speak English. Also, the average income in Puerto Rico is lower than any state — about $20,000 compared to $50,000. This would create a massive economic gap that the rest of us would have to bridge. Despite Puerto Rican statehood being a bad deal all the way around, Democrats would rather have more votes in Congress and shove statehood down the throat of an unwilling people.

It is easy to see how Democrats cast their nets far and wide in search of any political advantage. They are willing to throw just about anyone or anything under the bus in order to win the political game.