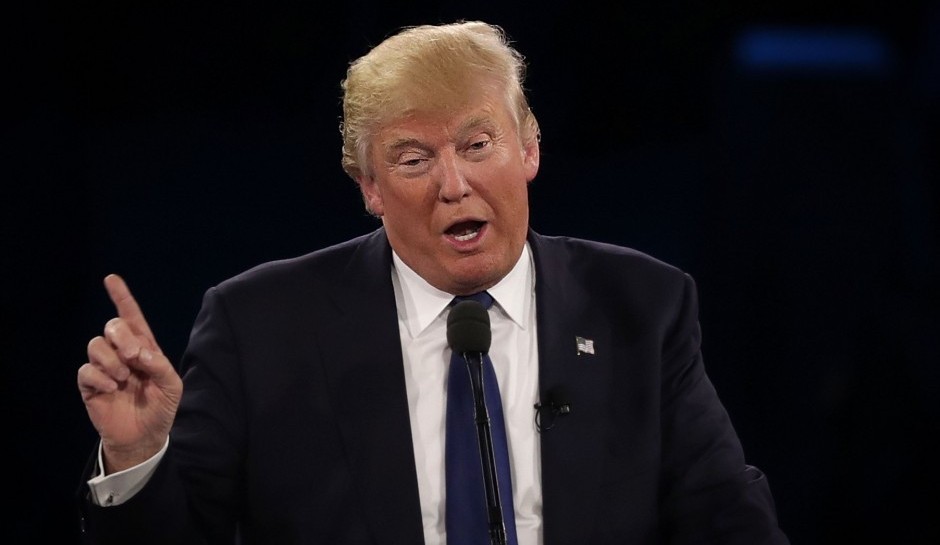 President Trump rightly rebuked Chief Justice Roberts for criticizing his factual statements about “Obama judges” consistently ruling against the Trump Administration.  Liberals are gaming the court system by running to activist judges in San Francisco, Hawaii and Maryland to obstruct the will of the People who elected Trump.

As pointed out by Senator Chuck Grassley (R-IA), the Chairman of the Senate Judiciary Committee who has been wonderful in confirming Trump’s nominees, Chief Justice Roberts was completely silent after the unjustified tongue-lashing given by then-President Obama against Supreme Court Justices during the 2010 State of the Union address.  The double-standard in denouncing Trump now is striking.

President Trump was correct in saying that Obama-appointed judges have been unfair in issuing numerous sweeping rulings against the Trump agenda, which has necessitated quickly running those bad decisions up on appeal.  Senseless delays and increased taxpayer expense have resulted from Roberts’ own failure to rein in the rampant judicial activism among certain lower courts, which he could curb. 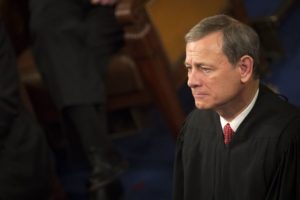 “Sorry Chief Justice John Roberts, but you do indeed have ‘Obama judges,’ and they have a much different point of view than the people who are charged with the safety of our country,” Trump tweeted after Roberts chided him.  Indeed, nearly all of the high-profile injunctions against Trump have been by “Obama judges.”

San Francisco is nowhere near the southern border and there is no valid reason why liberal lawsuits against Trump’s immigration policies are repeatedly filed there.  The apparent motivation is this: 11 out of the 14 active judges in that federal district were appointed by Obama, and Trump properly criticized how that one-sided venue has resulted in national injunctions against the President.

San Francisco is a favorite venue of the Resistance to Trump because appeals go from there to the Ninth Circuit, which Obama packed with seven lifetime appointments.  The liberal California senators have failed to allow Trump to fill six vacancies on that circuit, which has long been notorious for being reversed, often unanimously, by the Supreme Court.

The Ninth Circuit even issued decisions by activist judge Stephen Reinhardt after he died on March 29th of this year, including a July 24th decision in which the other judges on the panel stated that Reinhardt had agreed with the court opinion even though he had died nearly four months earlier.  Perhaps because a party complained, the Ninth Circuit later withdrew that decision.

Trump’s Solicitor General Noel Francisco is doing what he can to combat the judicial supremacy.  He has taken the extraordinary step of asking the U.S. Supreme Court to hear certain appeals without first awaiting decisions by the U.S. Circuit Courts that are packed with Obama nominees.

Unlike the President, the Supreme Court decides for itself how much work to do, which controversies to take up, and when to adjourn for its three-month summer vacation.  The Court takes far fewer cases than it did a generation ago, and it is shocking how it increasingly fills its docket with easy, non-controversial cases.

A cursory glance at the cases the Court has decided to hear this Term reveals much that is insignificant, while Trump works overtime addressing crisis after crisis.  Much of the Court’s time seems to be spent dodging abortion and other hot-button issues; the Court has deferred again and again cases concerning the simple authority of states to defund Planned Parenthood.

Chief Justice Roberts failed to join the dissent by two Justices, Clarence Thomas and Neil Gorsuch, to the spectacle of putting the Trump Administration on trial in New York for including a question about citizenship in the census.  One would think that the first and most important question in a census by any country, dating back to ancient Rome, would concern citizenship.

But Chief Justice Roberts and a majority of the Court have allowed an Obama-appointed judge – the brother of Obama’s chief economist – to put Trump officials on trial.  No court would have put members of the Obama Administration on trial with respect to their policy decisions.

Perhaps Chief Justice Roberts is still smarting from criticisms of him by candidate Trump in 2016.  But as the Chief Justice of the United States, Roberts should be defending the President rather than taking cheap shots at him.

Phyllis Schlafly Eagles · May 18 | Democrats and Republicans Agree: The Border’s A Crisis An alarming pattern is emerging at the southern border. … END_OF_DOCUMENT_TOKEN_TO_BE_REPLACED

What You Need to Know is our job is to educate Elise Stefanik and other ew leaders! Elise is the new Republican conference chairperson, and right now … END_OF_DOCUMENT_TOKEN_TO_BE_REPLACED

What You Need to Know is Trump for Speaker is good for politics and policy! If Trump announces plans to become speaker of the house it will instantly … END_OF_DOCUMENT_TOKEN_TO_BE_REPLACED

Phyllis Schlafly Eagles · May 11 | The Immigration Crisis Is A Humanitarian Crisis Well, that didn’t take long. It only took a matter of weeks of … END_OF_DOCUMENT_TOKEN_TO_BE_REPLACED

What You Need to Know is don’t get distracted by Liz Cheney and Facebook. Liz Cheney has chosen to play the role of an anti-Trumper/never Trumper. Liz … END_OF_DOCUMENT_TOKEN_TO_BE_REPLACED

What You Need to Know is the justice system is corrupt and broken. Lawyers and judges, who are supposed to conduct weighty, moral decisions for our … END_OF_DOCUMENT_TOKEN_TO_BE_REPLACED

Phyllis Schlafly Eagles · May 12 | Trump Still Controls the National Discourse Even from outside the Oval Office, Donald Trump’s statements … END_OF_DOCUMENT_TOKEN_TO_BE_REPLACED

For Immediate Release: May 17, 2021Contact: Ryan Hite, Communications Director Washington, D.C.: "The Supreme Court has agreed to review a … END_OF_DOCUMENT_TOKEN_TO_BE_REPLACED