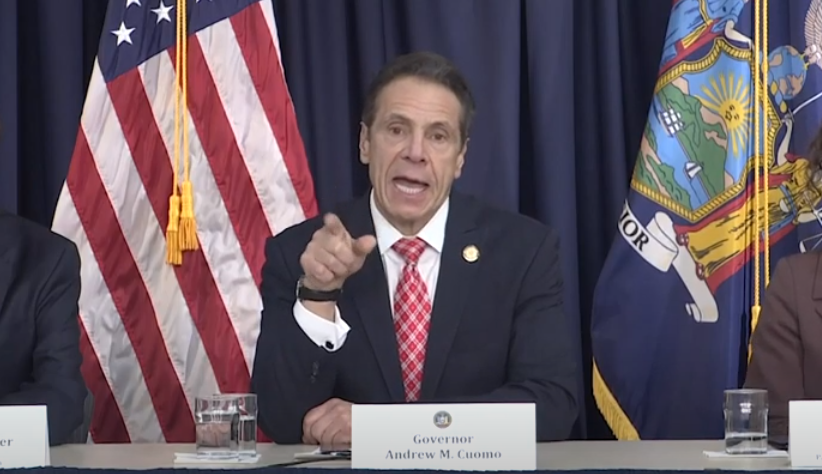 New York is the thirteenth state to grant driver’s licenses to illegal aliens. It’s a horrible left-wing policy that helps illegals evade law enforcement. However, the Empire State isn’t just one of the pack on this bad idea. New York went even further by banning the sharing of information about DUIs, based on the stereotype that Hispanic immigrants are disproportionately convicted of driving under the influence.

To make sure this reckless policy doesn’t endanger American lives, President Trump’s Department of Homeland Security announced that they would no longer let New Yorkers participate in safe traveler programs like Global Entry and Nexus.

New York’s radical state attorney general promptly filed a lawsuit against DHS, but it’s becoming less likely that a holdover Obama judge will be able to stop Trump policies from taking effect.  With nearly 200 judges appointed by Trump to the federal courts, including 50 to the all-important Courts of Appeals, actions by the Trump Administration are no longer slapped down like they were before.

Hillary Clinton tried to take a moderate position on the issue of driver’s licenses for illegal aliens back in 2008. However, by 2016 Hillary had shifted to the more radical position espoused by the open-borders lobby.

In 2020, no leading Democrat is allowed to say what Hillary said in 2008.  Every Democrat in their presidential campaigns insisted that anyone who entered the country illegally had a right to stay here permanently and become a voting citizen, protected by state and local government against federal law enforcement and deportation.

President Trump has long spoken out against harboring criminal aliens in sanctuary cities. He appears with the victims or their survivors like Jamiel Shaw, Mary Ann Mendoza, and Ronil Singh. Attorney General William Barr promised a “significant escalation” of the government’s war against sanctuary cities, counties, and states that have openly defied federal immigration laws in their jurisdictions.  Barr announced new lawsuits against New Jersey and King County, Washington.

Now the Democrats’ worst fears are being realized. Their own failed impeachment has unleashed Trump.  The President is putting the pedal to the metal executing the agenda he ran on in 2016.

What You Need to Know is Lies, Damned Lies, and Biden’s Border Statistics. The Narrative Machine’s media wing and the Biden Administration (including … END_OF_DOCUMENT_TOKEN_TO_BE_REPLACED

Phyllis Schlafly Eagles · February 3 | "Woman" Is the Word of the Year The internet is a powerful tool that most of us use every day. … END_OF_DOCUMENT_TOKEN_TO_BE_REPLACED

Phyllis Schlafly Eagles · #WYNK: Pro-Life Movement Has to Adjust | January 19, 2023 #ProAmericaReport The following is a transcript from the Pro … END_OF_DOCUMENT_TOKEN_TO_BE_REPLACED

Phyllis Schlafly Eagles · #WYNK: Political Hit Jobs Against Lawyers | January 18, 2022 #ProAmericaReport The following is a transcript from the Pro … END_OF_DOCUMENT_TOKEN_TO_BE_REPLACED

Phyllis Schlafly Eagles · February 8 | Leftist Hollywood's Downward Spiral Looking back on 2022, it is plain to see that Democrat-dominated … END_OF_DOCUMENT_TOKEN_TO_BE_REPLACED

The Deep State in Washington, D.C. just offered to debrief Trump Administration officials about the hot air balloons that have invaded our airspace … END_OF_DOCUMENT_TOKEN_TO_BE_REPLACED