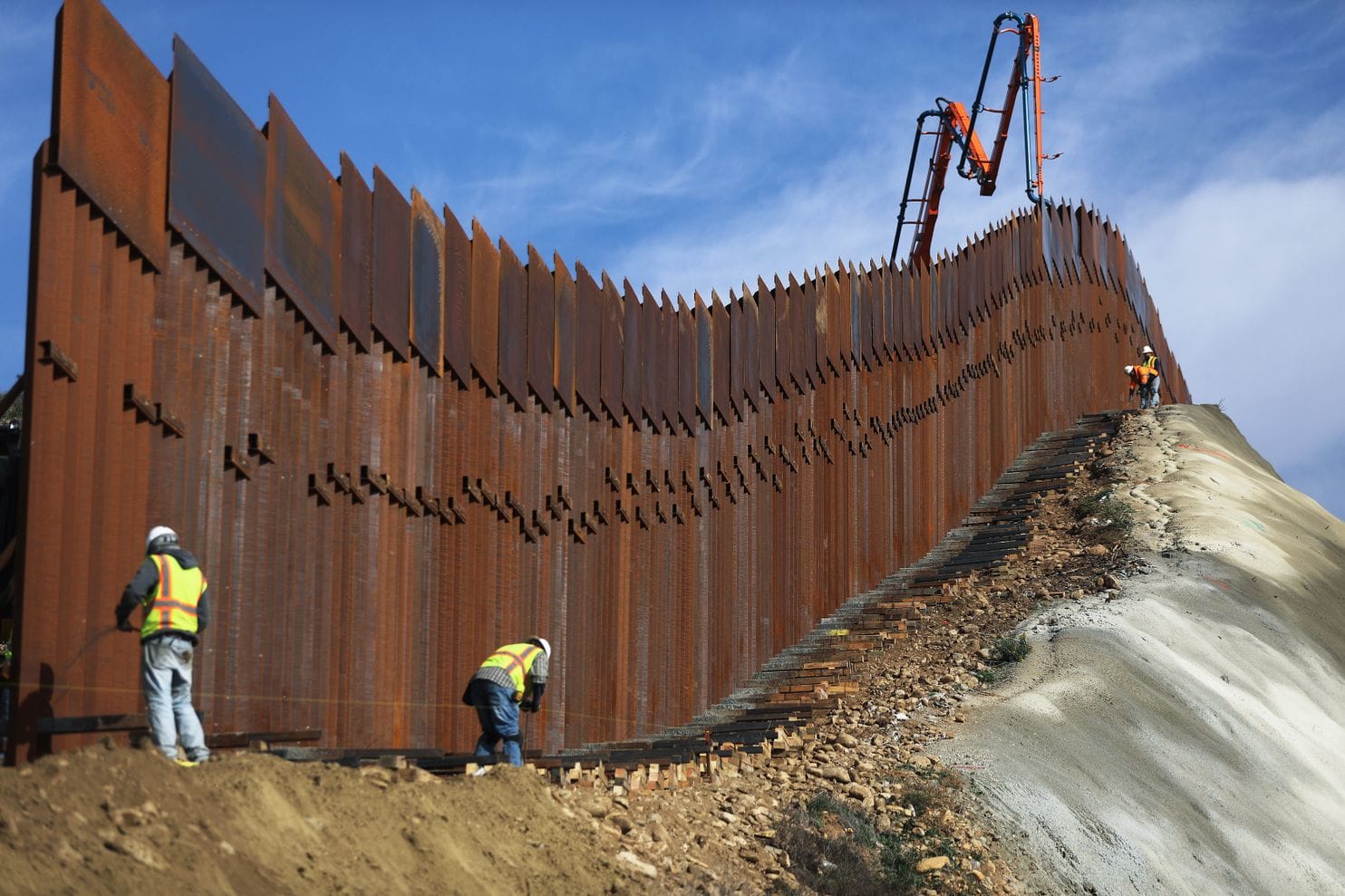 It was from the White House Rose Garden that President Trump delivered those remarks, on the eve of the 3-day weekend for Washington’s Birthday. He campaigned for president on securing the southern border of the United States, and he plans to do precisely that for the American people.

The federal police agency known as ICE, which stands for “Immigration and Customs Enforcement,” reports that some 266,000 aliens with criminal records were arrested in the past two years. This agency also arrested 1,500 aliens for human trafficking and deported 10,000 known or suspected gang members in the last fiscal year, yet many Democrats want to abolish this protective agency. 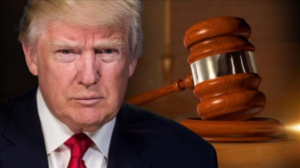 “Look, I expect to be sued,” Trump said, and within minutes of his speech, ACLU Executive Director Anthony Romero announced he would be filing a lawsuit this week.

At remote sectors of the border in Arizona and New Mexico, large numbers of Central Americans, mostly from Honduras and Guatemala, are being dropped off by the busload and who then cross on foot. The Border Patrol reports that 242 people were arrested on January 24, while 375 people crossed near Yuma and another 306 entered through New Mexico.

Many of the illegal arrivals were very sick with contagious diseases, and their health problems overwhelmed the facilities available in small towns near the border. The Border Patrol reports that 2,224 migrants, mostly from Central America, had to be driven three hours to the nearest hospital for treatment that could not be provided on site.

The ongoing invasion, as Trump correctly described it, is unacceptable and cannot be allowed to continue. The president is right to declare a national emergency on the border, which permits him to reallocate some additional funds from other parts of the federal budget after the $1.375 billion approved by the Nancy Pelosi Congress runs out.

“Look, I expect to be sued,” Trump said, and within minutes of his speech, ACLU Executive Director Anthony Romero announced he would be filing a lawsuit this week. The ACLU lawsuit would add to lawsuits already filed by California and something called the Center for Biological Diversity.

“They will sue us in the 9th Circuit, even though it shouldn’t be there,” Trump said prophetically, referring to the California-based court. “And we will possibly get a bad ruling, and then we’ll get another bad ruling. And then we’ll end up in the Supreme Court, and we’ll win.”

The lawsuits ought to be laughed out of court, even in the Ninth Circuit. Presidents have declared 58 national emergencies since 1976, when Congress gave the president that power, and 31 of them are still in effect.

Never before has a judge tried to second-guess a president’s declaration that a national emergency exists, and no court should be allowed to enter those uncharted waters now. Congress gave that power to the president with no limit on the reasons for which an emergency can be declared.

But never before have we had a president willing to stand up to the globalists, the media, and the federal courts. The real showdown between President Trump and the federal judiciary has begun.

President Trump is right that he wants to be before the Supreme Court on this issue, and not be stuck in lower federal courts handpicked by his opponents who forum-shop by choosing where to file their lawsuit. The ordinary appeals process would not enable the Supreme Court to decide this issue until after the next presidential election.

In the meantime, Democrats would campaign against Trump by using lower court rulings that predictably take the liberal side. Trump’s legal strategy should anticipate this, and seek an expedited appeal that bypasses the liberal Second, Fourth, Ninth or D.C. Circuits, which are packed with anti-Trump judges.

To no one’s surprise, sixteen liberal states chose San Francisco as the location for their lawsuit to block Trump. Only one out of 14 active judges on that court was appointed by a Republican president, giving Democrats roughly a 93% chance of having a judge picked by Obama or Clinton decide their case.

But all litigants have the right to appeal a preliminary injunction immediately, and the Department of Justice should start preparing those papers now. The appeal should be straight to the Supreme Court to ensure a decision before the 2020 presidential election.

What You Need to Know is Montpelier is going Woke. Soledad O’Brien is now on the board of directors of Montpelier, James Madison’s home. She is part … END_OF_DOCUMENT_TOKEN_TO_BE_REPLACED

Mike Davis is the former Chief Counsel for Nominations to the Senate Judiciary Committee under Sen. Chuck Grassley. In his current role as founder and … END_OF_DOCUMENT_TOKEN_TO_BE_REPLACED

What You Need to Know is Title 42 is about to expire! What is your preference? Do you prefer we have a secure border and decide who we let in? Or that … END_OF_DOCUMENT_TOKEN_TO_BE_REPLACED

What You Need to Know Feminists don’t what they are doing! They are about to make another marketing error by utilizing all the wrong imagery and … END_OF_DOCUMENT_TOKEN_TO_BE_REPLACED