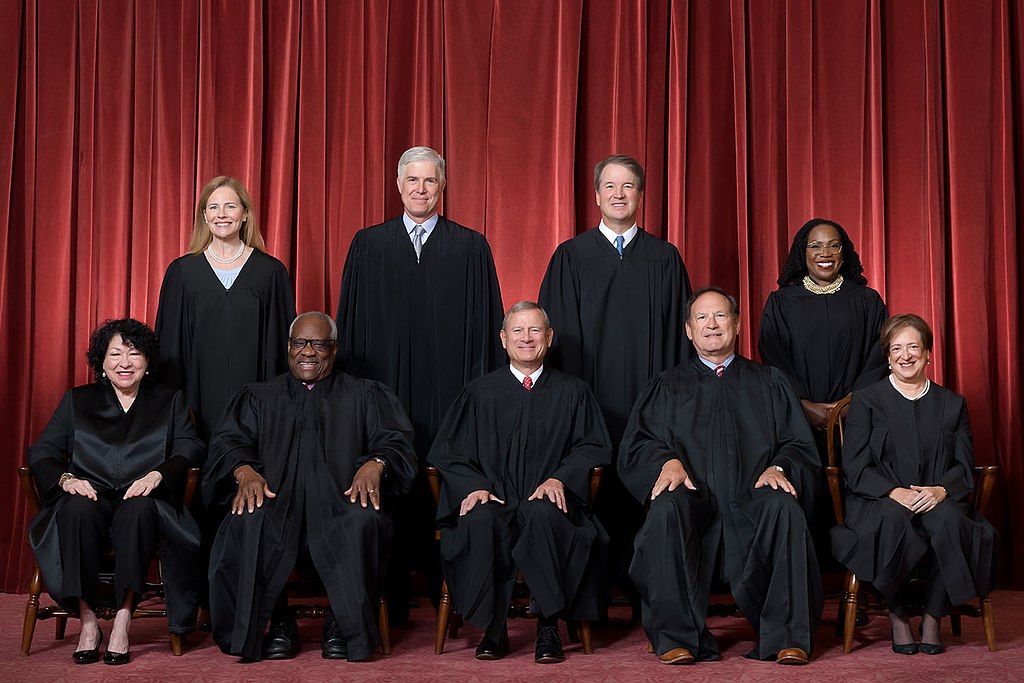 The new U.S. Supreme Court, with President Biden’s Senate-confirmed appointee Ketanji Brown Jackson, began its Term with oral arguments. This and other federal courts put the issue of judicial supremacy squarely in focus. Biden has already stuffed the federal judiciary with more than eighty new Leftist judges, more than any recent president at this stage. What’s worse, dozens more Biden nominees are pending before the Senate.

On the first day of its new term, the High Court ducked an issue central to the Mar-a-Lago raid. With its 6-3 Republican-appointed majority, this Supreme Court should not be dodging these issues. This Court may be at its zenith in conservative strength, but that will not mean much unless it welcomes Trump’s appeals.

Private property is at issue here, too. On its first day of oral argument, the Supreme Court heard why the Environmental Protection Agency (EPA) should stop controlling water located on private property. Many farmers and homeowners are unable to determine if a lake on their private property is subject to federal regulation and control merely because of its potential connection to a separate navigable waterway. This federal interference blocks improved management of surface water during droughts.

Private property owners face criminal prosecution if they improve their own wetlands that the feds later claim are regulated by the EPA. Enormous fines can be imposed against private property owners who merely build around their own surface water, and litigation drags on for more than a decade as one currently pending case has. At oral argument, Biden’s Justice Jackson sought continuation of EPA authority over private surface water. Under her Leftist view, it should not even matter whether a bit more than a puddle is actually connected to a navigable waterway, such that the federal government would control many private lakes and marshes.
Roe v. Wade could even be reinstated if Biden and Democrats get their way with the courts, and Facebook’s Sheryl Sandberg gave the ACLU $3 million toward that malicious goal. Democrats have an immense fundraising advantage where it counts, which means that it is up to a strong constitutionalist judiciary and grassroots action to stop the leftists in their tracks.

Phyllis Schlafly Eagles · #WYNK: Pro-Life Movement Has to Adjust | January 19, 2023 #ProAmericaReport The following is a transcript from the Pro … END_OF_DOCUMENT_TOKEN_TO_BE_REPLACED

Phyllis Schlafly Eagles · #WYNK: Political Hit Jobs Against Lawyers | January 18, 2022 #ProAmericaReport The following is a transcript from the Pro … END_OF_DOCUMENT_TOKEN_TO_BE_REPLACED

What You Need to Know is Mom first! Life begins at conception. But what if the pro-life movement reframed the battle. What if we advertised that life … END_OF_DOCUMENT_TOKEN_TO_BE_REPLACED

For Immediate Release: January 26, 2022Contact: Ryan Hite, Communications Director Solution Staring Us In the Face to Save American Lives: Shut the … END_OF_DOCUMENT_TOKEN_TO_BE_REPLACED