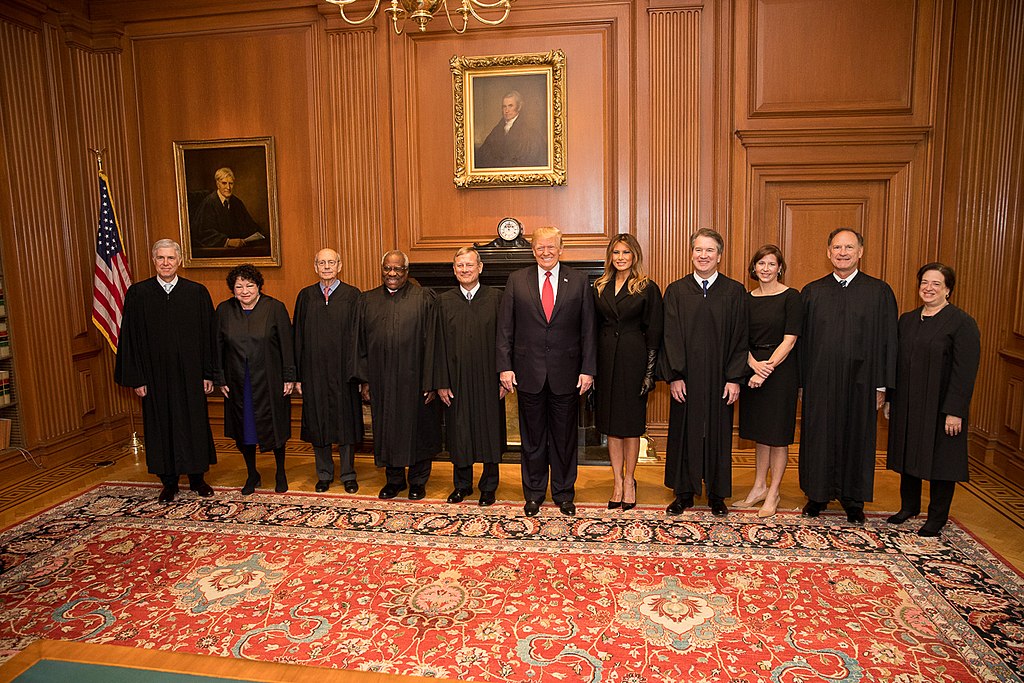 Donald Trump famously once told a hostile reporter, “I never like to take credit for anything.” In that spirit, Trump showed great class when he responded to the overturning of Roe v. Wade by saying, “God made the decision.” Trump easily could have taken credit for the win. It is hard to imagine a greater capstone to the legacy of President Donald Trump than overturning a fifty-year legacy of death and destruction on American soil. Yet, Trump chose the path of humility, and in doing so, he gave more dignity to the ruling itself.

However, let’s give credit where credit is due: Trump went 3-for-3 on his Supreme Court nominees on the pro-life issue, and Republican Never-Trumpers were wrong to oppose him. It wasn’t easy for Trump to secure the confirmations of Neil Gorsuch, Amy Coney Barrett, and especially Brett Kavanaugh, but Trump stuck to it to the end. In less than six years Trump achieved the overturning of Roe that stymied Republicans for a half-century, a feat no other Republican president attained.

All three of Trump’s High Court nominees were needed for this 5-4 margin of victory in Dobbs v. Jackson Women’s Health Organization which reversed Roe entirely. Justices Alito and Thomas deserve special gratitude for courageously leading their 3 new colleagues against the scourge of Roe that has long been the sacred cow of the Left. Many others, too numerous to list, deserve thanks for this spectacular triumph. Included in the list should be all who supported Trump in 2016 and all who support him now against retaliation by the Left.
Without Roe, liberals have no authority anymore for their campaigns that promote abortion. Without Roe, Democrat politicians no longer have a basis for continuing to loot taxpayers to fund abortion, which so many of We the People oppose. Perhaps most importantly, without Roe, pro-life Americans have the green light they need to get about the business of ending the abortion industry in America once and for all. No longer can we say that our hands are tied by the dictates of the High Court. History and our Heavenly Father will judge us for what we do with the opportunity that’s been given to us by President Donald Trump. Let’s not waste it.

Phyllis Schlafly Eagles · #WYNK: Pro-Life Movement Has to Adjust | January 19, 2023 #ProAmericaReport The following is a transcript from the Pro … END_OF_DOCUMENT_TOKEN_TO_BE_REPLACED

Phyllis Schlafly Eagles · #WYNK: Political Hit Jobs Against Lawyers | January 18, 2022 #ProAmericaReport The following is a transcript from the Pro … END_OF_DOCUMENT_TOKEN_TO_BE_REPLACED

What You Need to Know is Mom first! Life begins at conception. But what if the pro-life movement reframed the battle. What if we advertised that life … END_OF_DOCUMENT_TOKEN_TO_BE_REPLACED

What You Need to Know is we are in a proxy war with Russia. Until now, we’ve been able to at least try to say we have given Ukraine defense weapons … END_OF_DOCUMENT_TOKEN_TO_BE_REPLACED

Phyllis Schlafly Eagles · #WYNK: Documents and Double Standards | January 24, 2023 #ProAmericaReport The following is a transcript from the Pro … END_OF_DOCUMENT_TOKEN_TO_BE_REPLACED

For Immediate Release: January 26, 2022Contact: Ryan Hite, Communications Director Solution Staring Us In the Face to Save American Lives: Shut the … END_OF_DOCUMENT_TOKEN_TO_BE_REPLACED