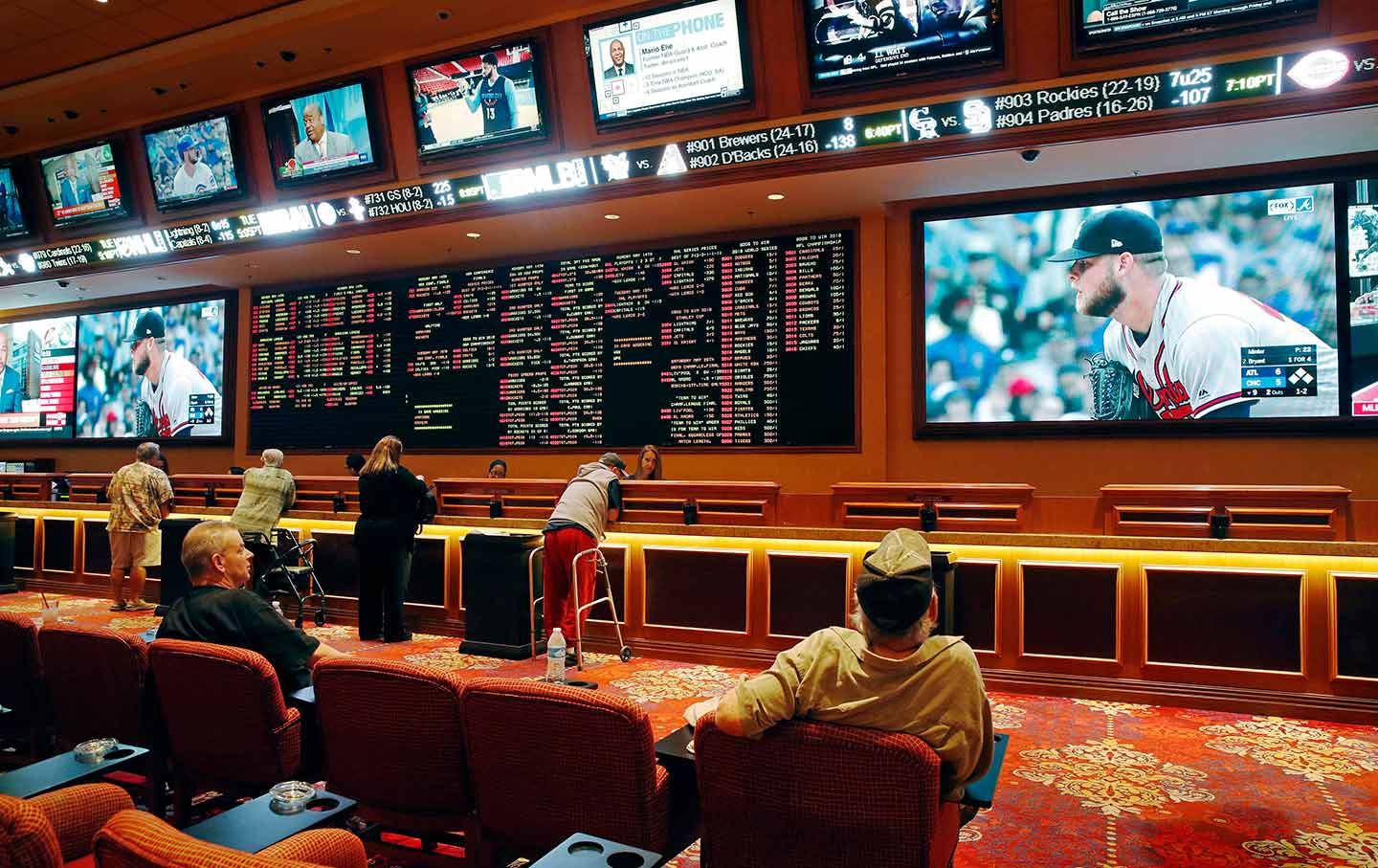 The link between money and politics is as old as politics itself. There’s a reason the Bible calls the love of money “the root of all evil.” Even the purest pursuits can become vices if the love of money enters the equation. It comes as no surprise that a giant infusion of cash from billionaire Mike Bloomberg makes this more pertinent than ever. When he threw millions of dollars to the Democrats to flip the Virginia House of Delegates, the newly empowered liberals extended their legislative session to spread the corrupting influence of money. They didn’t just corrupt politics, though. They came after the sports that we all love too.

Sports gambling has had a major resurgence since 2018 when the Supreme Court ruling in Murphy v. NCAA opened the door for states to legalize it. The Court completely ignored the obvious problems of legalized sports gambling, like enabling gambling addicts to lose their savings. Justice is supposed to be blind, but it should not be blind to the harm caused by decisions like this one.

The Court observed that “gambling was largely banned throughout the country” by the end of the 19th century, but then omitted the reasons why.  Its corruption of politics was one reason, and gambling will definitely corrupt sports too.

It’s not just a few ultra-conservative voices crying in the wilderness on this issue either. The NCAA, which governs college sports, has long opposed gambling on its games.  They say “The NCAA opposes all forms of legal and illegal sports wagering, which has the potential to undermine the integrity of sports contests and jeopardizes the student-athletes and the intercollegiate athletics community.”

I couldn’t have put it better myself. Gambling turns a fun-filled American pastime into a greedy race to destroy all the other team. The children of our nation idolize sports stars. If sports becomes all about money, what will happen to the values of sportsmanship and honest competition? We must maintain the integrity of American sports to protect the generations of young people who watch them. Let’s reject the foul play of legalized sports gambling.

Phyllis Schlafly Eagles · February 3 | "Woman" Is the Word of the Year The internet is a powerful tool that most of us use every day. … END_OF_DOCUMENT_TOKEN_TO_BE_REPLACED

Phyllis Schlafly Eagles · #WYNK: Pro-Life Movement Has to Adjust | January 19, 2023 #ProAmericaReport The following is a transcript from the Pro … END_OF_DOCUMENT_TOKEN_TO_BE_REPLACED

Phyllis Schlafly Eagles · #WYNK: Political Hit Jobs Against Lawyers | January 18, 2022 #ProAmericaReport The following is a transcript from the Pro … END_OF_DOCUMENT_TOKEN_TO_BE_REPLACED

The scourge of sports gambling is on the rise in America today. In California, Indian tribes are gathering signatures on petitions to put sports … END_OF_DOCUMENT_TOKEN_TO_BE_REPLACED

What You Need to Know is Tucker is allowing the will of the people to be heard! When a huge block of Republicans and so-called conservatives are … END_OF_DOCUMENT_TOKEN_TO_BE_REPLACED