When a passenger gave advice to the driver of a car that he didn’t have to comply with a request by a police officer, the officer arrested the passenger for repeatedly interrupting him. The passenger was then convicted for violating a Carson City, Nevada ordinance that made it a crime to "for any person to hinder, obstruct, resist, delay, molest or threaten to hinder, obstruct, resist, delay or molest any city officer or member of the sheriff's office . . . in the discharge of his official duties." 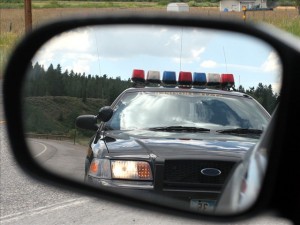 In defense of the law, the State of Nevada argued that the passenger, William Scott, wasn’t arrested for his speech, but for his conduct in interrupting an investigation by the deputy. The Nevada Supreme Court was unpersuaded, and found that Scott was arrested and convicted only for his verbal interruptions. Moreover, the ordinance made it a crime merely to "threaten to hinder, obstruct, resist,…[or]…delay" a police officer. “Criminalizing mere threats further implicates speech as opposed to conduct," the Court held.

The Court ruled that the ordinance simply gives too much power and discretion to arrest people based only on what they say. The ordinance places the discretion entirely on a deputy to determine at what point speech reaches the level of an unlawful delay of an officer. "It is obvious that the prohibitions in [the ordinance] are 'violated scores of times daily, . . . yet only some individuals,” those chosen by the police in their unguided discretion, “are arrested,” the Court held. The Court observed that current state laws properly prohibit conduct that interferes with law enforcement without criminalizing speech

People who protest outside abortion clinics should be encouraged by this decision, which can protect them in objecting to unlawful arrests. Indeed, anyone who hands out leaflets critical of government should appreciate the precedent that this decision establishes to protect their exercise of First Amendment rights.