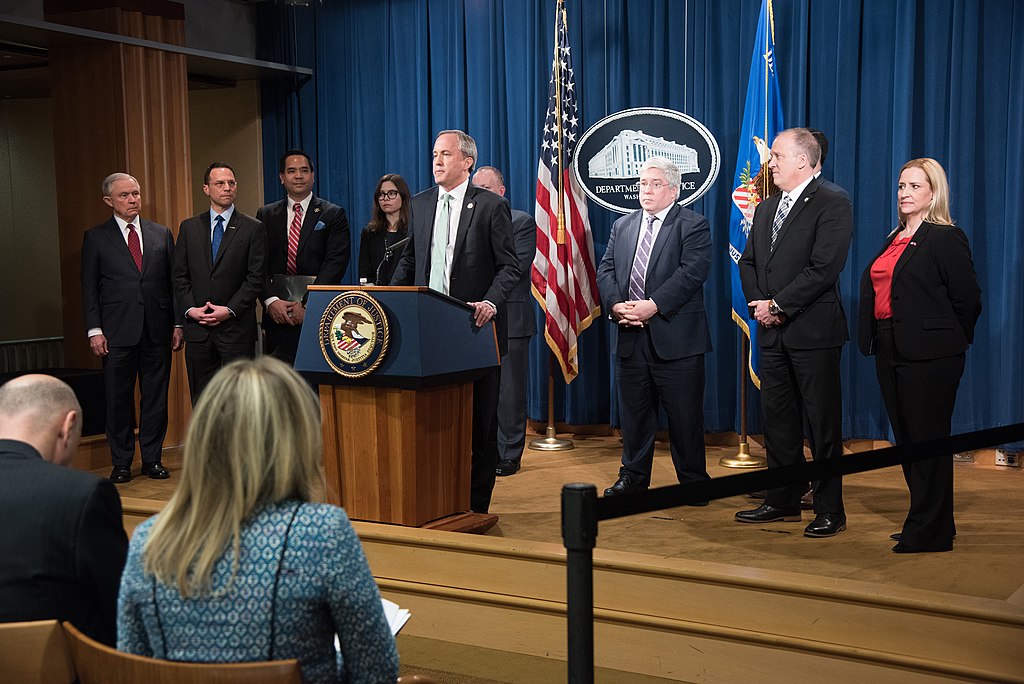 A spectacular ruling against Big Tech censorship emerged from our nation’s finest court, which presides in New Orleans over federal appeals from Texas, Louisiana, and Mississippi. The U.S. Court of Appeals for the Fifth Circuit upheld a new Texas law defended by the conservative Attorney General of Texas, Ken Paxton. As enacted last year by the Texas legislature, HB20 requires social media platforms such as Twitter, Google, and Facebook, all headquartered in California, to stop censoring viewpoints they don’t like. Twitter banned President Trump in January 2021, and has been excluding many other conservatives ever since.

Trump-appointed Judge Andrew Oldham declared in the decision, “Today we reject the idea that corporations have a freewheeling First Amendment right to censor what people say.” He was joined by Edith Jones, who has long been recognized as perhaps the finest jurist in the nation. In May, by a narrow 5-4 vote, the Supreme Court temporarily blocked this good Texas law from going into effect pending appeal. Big Tech promises to make another trip to the Supreme Court, but this well-reasoned decision by the Fifth Circuit seems likely to survive.

Like so many other tentacles of the Narrative Machine Cthulhu, Big Tech thinks that they can impose their will on the American people by running to the courts whenever their power is challenged. Yet, the Texan victory at the Fifth Circuit shows that no team of high-priced lawyers can force a constitutionalist judge to betray her principles.

While the victory itself is worth celebrating, let’s take this opportunity to remind ourselves that picking good judges is important. Amid all the chaos imposed by the media during the Trump Administration, Trump was quickly and quietly appointing massive numbers of federal judges. Clearly, his prudent efforts outside the spotlight are paying off. Unfortunately, the Biden Administration is trying to outdo Trump’s pace, and it is up to Republicans in the Senate to stop the confirmation of judges who do not respect the Constitution. Let the Texas victory over Big Tech be a reminder that the judges on our federal courts make a huge difference on the issues we care about most.

Phyllis Schlafly Eagles · #WYNK: Pro-Life Movement Has to Adjust | January 19, 2023 #ProAmericaReport The following is a transcript from the Pro … END_OF_DOCUMENT_TOKEN_TO_BE_REPLACED

Phyllis Schlafly Eagles · #WYNK: Political Hit Jobs Against Lawyers | January 18, 2022 #ProAmericaReport The following is a transcript from the Pro … END_OF_DOCUMENT_TOKEN_TO_BE_REPLACED

What You Need to Know is about lawfare on the loose! They’re attacking Rudy Giuliani and trying to disbar him! The media is not only NOT objecting, … END_OF_DOCUMENT_TOKEN_TO_BE_REPLACED

Phyllis Schlafly Eagles · #WYNK: Documents and Double Standards | January 24, 2023 #ProAmericaReport The following is a transcript from the Pro … END_OF_DOCUMENT_TOKEN_TO_BE_REPLACED

What You Need to Know is a lesson on documents and double standards. Suddenly everyone has classified documents and everyone is spinning the stories … END_OF_DOCUMENT_TOKEN_TO_BE_REPLACED

What You Need to Know is that about political hit jobs against lawyers. Conservative lawyers who stand up for truth and transparency are being … END_OF_DOCUMENT_TOKEN_TO_BE_REPLACED

For Immediate Release: January 26, 2022Contact: Ryan Hite, Communications Director Solution Staring Us In the Face to Save American Lives: Shut the … END_OF_DOCUMENT_TOKEN_TO_BE_REPLACED