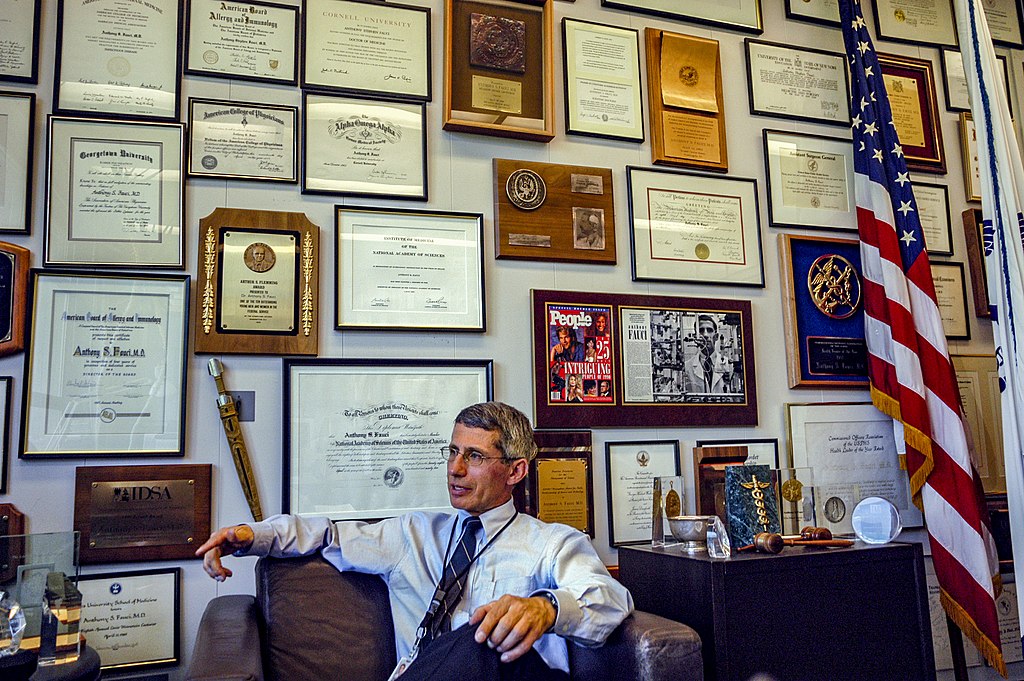 Anthony Fauci delivered a bizarre commencement address at the University of Michigan, where he implied freedom of speech should be the next lockdown target. After botching the Covid pandemic, team Fauci needs a backup plan to reduce their accountability in the upcoming midterm elections. Fauci sang from the same song sheet recently used by other officials in the Biden Administration. Their top priority has become to control information and demonize those who dare to question the powers-that-be, in order to limit the political fallout that would otherwise drive liberals out of office. To the young graduates, Fauci preached, “It is our collective responsibility not to sink to a tacit acceptance of the normalization of untruths.” Ironically, Fauci was speaking before a combined graduation of several years for students who were denied a timely commencement ceremony because of the very misguided restraints imposed by Fauci.

A generation ago, liberal speakers urged college graduates to embark on the lifelong pursuit of free inquiry that they were supposedly encouraged by higher education to embrace. Today’s liberals urge the opposite approach, to lock down debate and criticism of anything contrary to what Leftist elites dictate. There Fauci stood, maskless, giving a pompous address that lasted not even 15 minutes in bestowing his words of wisdom during this so-called Comeback Commencement. Much of America has predictably stopped listening to Fauci altogether, and he can’t even keep his story straight with the White House.

Apparently not even the almighty media can restore credibility to a man who has so often contradicted himself. Prior to the onset of the pandemic, Fauci disparaged mask-wearing as paranoid, and after the pandemic began he criticized drug store masks as ineffective, yet before long Fauci became insistent on mandatory mask mandates, even for school children having little to fear from Covid.

The flip-flopping Fauci is a case study in why young people should welcome intellectual scrutiny. Blindly trusting “the Science” as defined by those in power is to reject everything that makes intellectual pursuits possible. Might does not make right, and power should not mean persuasion. Universities should encourage graduates to pursue truth rather than being fed the line of those in authority.

What You Need to Know is the Qatar-Europe NGO scandal continues! These global schemes with millions of dollars flowing through non-government … END_OF_DOCUMENT_TOKEN_TO_BE_REPLACED

The Deep State in Washington, D.C. just offered to debrief Trump Administration officials about the hot air balloons that have invaded our airspace … END_OF_DOCUMENT_TOKEN_TO_BE_REPLACED

What You Need to Know is Lies, Damned Lies, and Biden’s Border Statistics. The Narrative Machine’s media wing and the Biden Administration (including … END_OF_DOCUMENT_TOKEN_TO_BE_REPLACED

For Immediate Release: January 26, 2023Contact: Ryan Hite, Communications Director Solution Staring Us In the Face to Save American Lives: Shut the … END_OF_DOCUMENT_TOKEN_TO_BE_REPLACED

What You Need to Know is the House GOP Must Exercise Power of the Purse. We’re back to following the money this week, this time in Congress! House … END_OF_DOCUMENT_TOKEN_TO_BE_REPLACED