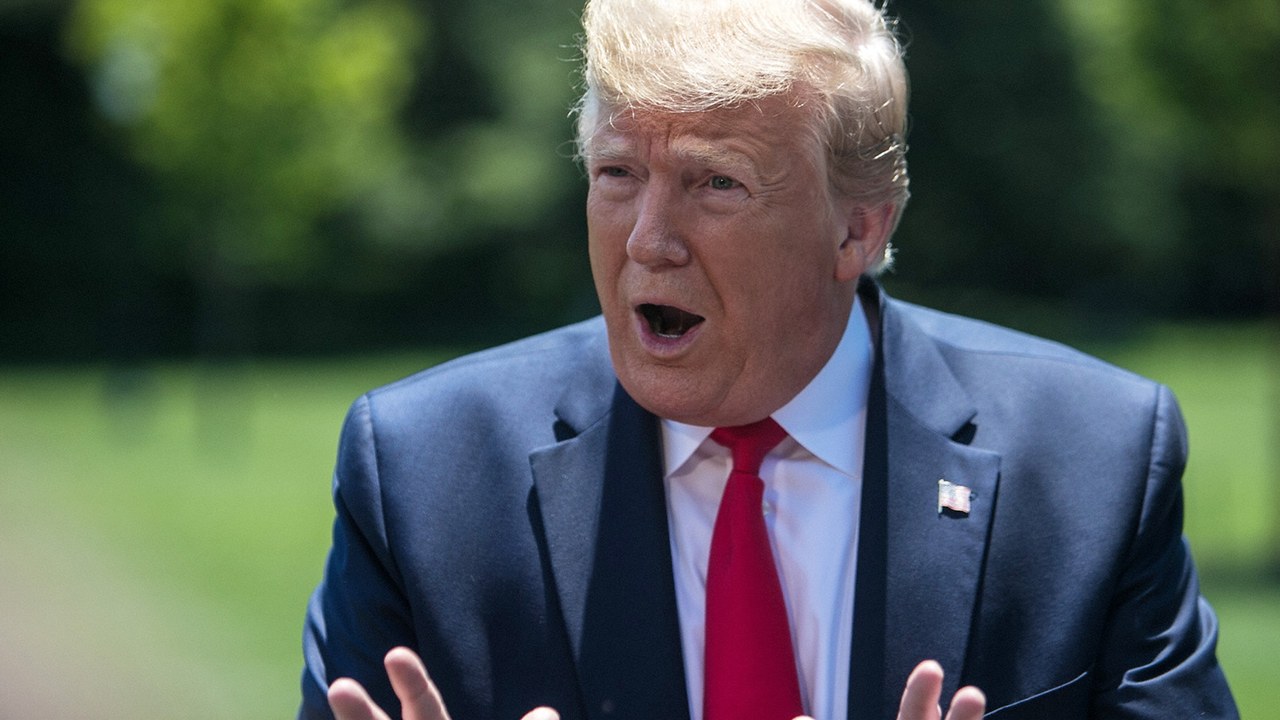 Democratic presidential candidates are trying to censor President Trump to prevent him from communicating with the American people.  Candidate Kamala Harris is openly demanding that Trump’s Twitter account be suspended.

A half-century ago liberals pretended to be supporters of free speech. Of course, their idea of free speech was a complete decriminalization and deregulation of explicit sex and language in the public square, but the banner they pretended to fight under was free speech nonetheless. Now that President Trump is exercising his right to free speech on Twitter, liberals have changed course to hate this vital part of our First Amendment.

Democratic presidential wannabe Kamala Harris put herself at the head of this anti-speech hate mob by telling CNN “His Twitter account should be suspended. I think there is plenty of new evidence to suggest that he is irresponsible with his words in a way that could result in harm to other people.  And so the privilege of using those words in that way should probably be taken from him.”

Kamala may just be one voice calling for an end to free speech, but she’s not alone. Harris is echoing the views of Big Tech in California, which already censors ordinary Americans expressing conservative views. As long as these leftist corporations hold a monopoly over the national dialogue, the very sanctity of our First Amendment right to free speech will never be secure. Censorship is central to the liberal playbook to try to regain power. As soon as they have forcible control of the national dialogue, they will completely reshape America as the far left wants.

Thankfully, there is still some good news in all this. We have a champion in President Donald Trump. No other president has had such a direct medium to communicate with the American people. The internet has made America more connected than ever, and Trump was savvy enough to capitalize on that. No one understands the need for free speech more than him. We can rest assured knowing he will fight for our right to express our conservative views too. Still, he cannot fight alone. He needs all of us to stand with him so our voices are not silenced by liberal censors.

What You Need to Know is the Qatar-Europe NGO scandal continues! These global schemes with millions of dollars flowing through non-government … END_OF_DOCUMENT_TOKEN_TO_BE_REPLACED

Proving once again that he is in touch with ordinary Americans, Donald Trump selected education for the first video message of his 2024 presidential … END_OF_DOCUMENT_TOKEN_TO_BE_REPLACED

Phyllis Schlafly Eagles · #WYNK: Trump's Record is Baked In | January 30, 2023 #ProAmericaReport The following is a transcript from the Pro … END_OF_DOCUMENT_TOKEN_TO_BE_REPLACED

What You Need to Know is Trump’s record is baked in. He’s already been torn apart every which way and his record stands with all the things you like … END_OF_DOCUMENT_TOKEN_TO_BE_REPLACED

Phyllis Schlafly Eagles · February 3 | "Woman" Is the Word of the Year The internet is a powerful tool that most of us use every day. … END_OF_DOCUMENT_TOKEN_TO_BE_REPLACED

What You Need to Know is Tucker is allowing the will of the people to be heard! When a huge block of Republicans and so-called conservatives are … END_OF_DOCUMENT_TOKEN_TO_BE_REPLACED