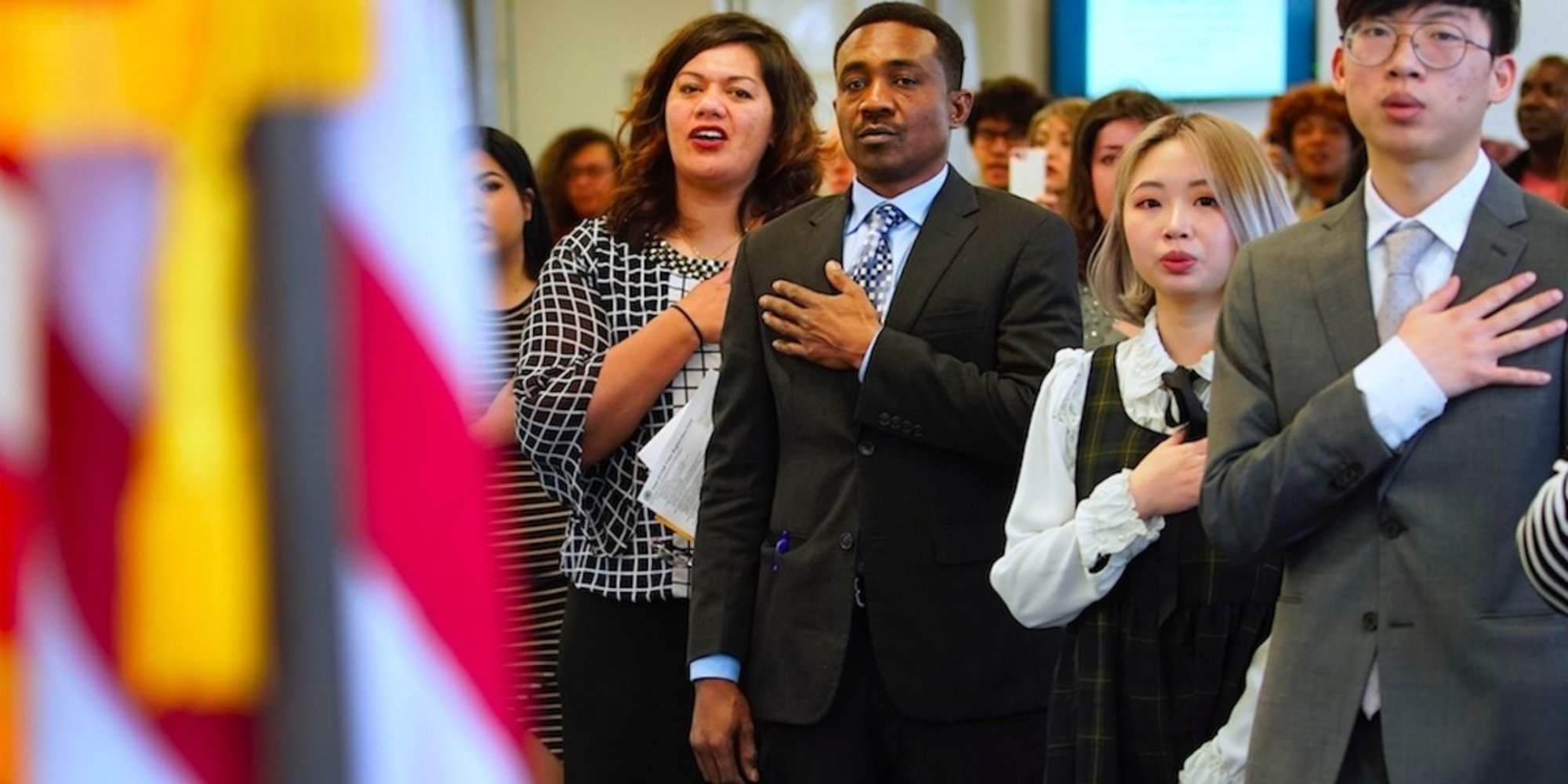 The student government at the University of Oklahoma has officially passed a resolution banning the Pledge of Allegiance from its meetings. Unfortunately, they aren’t the first school to do this. It’s part of a disturbing trend in academia to remove any display of patriotism from our college campuses. They say they’re doing it to make schools more welcoming to everyone, but all they really do is drive people apart.

The OU student government resolution claimed their reasoning was to respect the free exercise of religion for students who don’t want to pledge allegiance to “one nation under God.” They also wanted to be more inclusive of students who aren’t American citizens. However, that line of reasoning doesn’t hold water. Nobody is ever compelled to say the Pledge of Allegiance if they don’t want to, no matter what their reasoning is. I don’t know anybody, conservative or liberal, who wants to force people to say the Pledge.

I agree with the OU College Republicans, who released a statement saying “while we respect everyone’s right to not say the Pledge of Allegiance, we would urge them to do otherwise. The Pledge of Allegiance transcends partisanship, race, ethnicity, and all of the divides in our country. It reminds us that though we may disagree, or look different, or not worship the same, we are one nation, indivisible.” This statement by the OU College Republicans prove that conservatives are the real tolerant people.

Even the student who instigated this removal of the Pledge admitted that it wasn’t about respecting religion. She confessed that her problem with the Pledge is that it was written for the 400th anniversary of Christopher Columbus’s discovery of America. Like other politically-correct academics, she prefers to paint Columbus as a shameful character in American history.

If the student government at OU really want to divest themselves from symbols of national unity like the Pledge of Allegiance, they should have no problem giving up the millions they receive in taxpayer funding every year. Why should America fund a space for them when they won’t honor a time for students to express their love of America?

What You Need to Know is the Narrative Machine fights to Free Speech on Twitter. Elon Musk, like him or not, is revealing the angst of Big Media and … END_OF_DOCUMENT_TOKEN_TO_BE_REPLACED

What You Need to Know is Rand Paul's wife is right! Senator Rand Paul was attacked a few years ago by his neighbor who was left-leaning. When Nancy … END_OF_DOCUMENT_TOKEN_TO_BE_REPLACED

Phyllis Schlafly Eagles · #WYNK: Biden is Lawless and Dividing | August 25, 2022 #ProAmericaReport The following is a transcript from the Pro … END_OF_DOCUMENT_TOKEN_TO_BE_REPLACED

What You Need to Know about the Projection Racket. What is the projection racket? It’s when the left and media work together to project onto their … END_OF_DOCUMENT_TOKEN_TO_BE_REPLACED

For Immediate Release: October 6, 2022Contact: Ryan Hite, Communications Director After Reporting a Mom to Her Law Enforcement Employer and the … END_OF_DOCUMENT_TOKEN_TO_BE_REPLACED

Phyllis Schlafly Eagles · November 23 | Tables Turn on Immigration Crisis When referring to Republicans, Democrats talk about how no one is above … END_OF_DOCUMENT_TOKEN_TO_BE_REPLACED