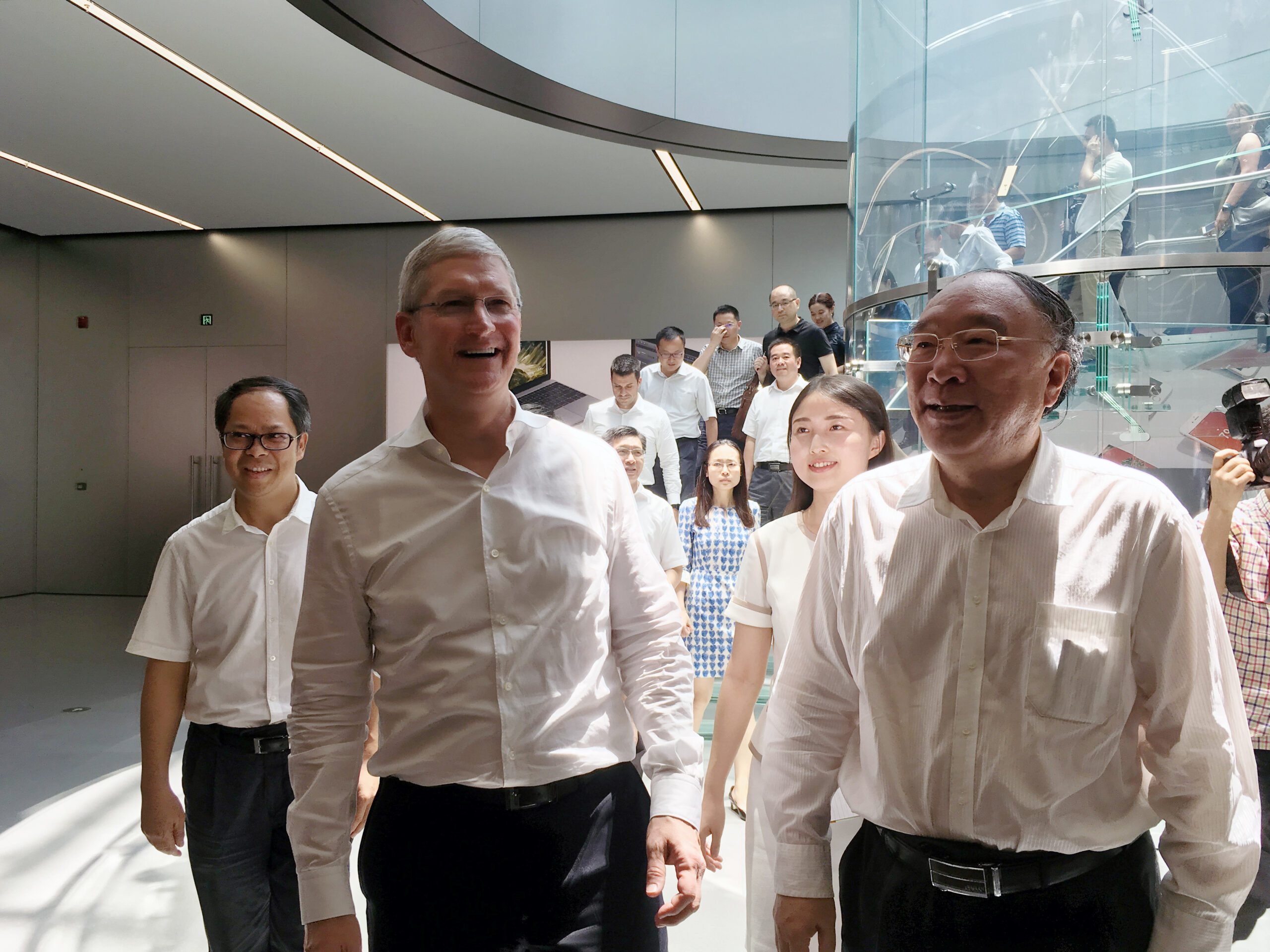 Elon Musk properly complained that “Apple has threatened to withhold Twitter from its App Store, but won’t tell us why.” Without hearing any response by Apple, Musk tweeted again later the same day, “This is a battle for the future of civilization. If free speech is lost even in America, tyranny is all that lies ahead.” Musk is right. Perhaps Apple is trying to exclude Twitter because the party bosses in China are telling Apple to crack down on freedom of speech here. You may recall the outrage in China two years ago when an NBA executive merely tweeted a statement of support for freedom in Hong Kong.

Both Apple and Google banned the right-leaning Parler platform until Parler began moderating its content according to their guidlines. Musk’s decision to reinstate Donald Trump and thousands of other users who had been banned from Twitter has raised the possibility of the California Big Tech Leftist companies trying to ostracize Twitter. Musk went so far as to announce, “If there is no other choice, I will make an alternative phone.” Musk has the resources to develop and market his own smartphone, and that would be welcome competition to the oligopoly in that industry.

Musk may be one of our best hopes to take on China’s alliance with American tech. On November 14, Biden met in-person with Chinese dictator Xi Jinping in Bali, Indonesia, for the first time since Biden became president. Biden was also scheduled to meet with other world leaders on that same trip, but Biden abruptly “called a lid,” which is his expression for retiring while others continue working.
Donald Trump has repeatedly emphasized at his rallies and in his speeches that other world leaders are at the top of their game in mental acuity, unlike Biden. Now the China-Apple alliance is trying to bully Musk to return to the censorship of conservative viewpoints on Twitter that could include anti-China-regime tweets, too. We should all recognize this for what it is. China is coming after free speech in America, and they are using our own businesses to do it. We must resist these encroachments as the breach of sovereignty that they are.

What You Need to Know is Ours is a Religious Nation. Phyllis Schlafly reminded us of this plain fact in her column on Christmas Eve 1982. Our founders … END_OF_DOCUMENT_TOKEN_TO_BE_REPLACED

Predicting an imminent worldwide recession, global business elites convene at the Alps ski resort of Davos, Switzerland as they do every year in … END_OF_DOCUMENT_TOKEN_TO_BE_REPLACED

Phyllis Schlafly Eagles · January 9 | The Unsettling Apple-China Connection Elon Musk has 119 million followers on Twitter, the platform which he … END_OF_DOCUMENT_TOKEN_TO_BE_REPLACED

What You Need to Know is the Chinese regime may be on the run. After years of their draconian ‘Covid Zero’ policies that brought more terror to an … END_OF_DOCUMENT_TOKEN_TO_BE_REPLACED

Phyllis Schlafly Eagles · #WYNK: Biden's Ego Will Be His Undoing | January 13, 2023 #ProAmericaReport The following is a transcript from the Pro … END_OF_DOCUMENT_TOKEN_TO_BE_REPLACED

For Immediate Release: January 26, 2022Contact: Ryan Hite, Communications Director Solution Staring Us In the Face to Save American Lives: Shut the … END_OF_DOCUMENT_TOKEN_TO_BE_REPLACED

What You Need to Know is we are in a proxy war with Russia. Until now, we’ve been able to at least try to say we have given Ukraine defense weapons … END_OF_DOCUMENT_TOKEN_TO_BE_REPLACED