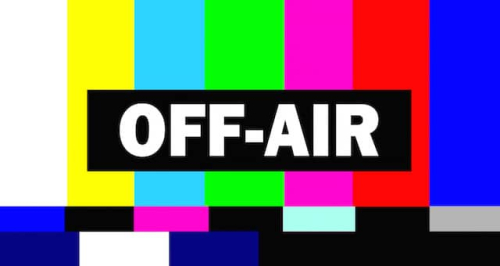 The nation was rocked when New York Governor Andrew Cuomo’s Health Department sent a memorandum requiring all nursing homes to accept COVID-positive patients into their facilities.

In essence, he forced the most vulnerable among us to be exposed to the virus in close quarters against their will. He tried to spin the accusations against him by saying that New York State had an exceptionally low mortality rate in nursing homes compared to other states. However, a report from the Democrat New York Attorney General indicates that Cuomo undercounted the deaths by at least 50 percent. Without a doubt, Governor Cuomo messed up big time and now he’s trying to talk his way out of it.

However, what’s almost as bad as Cuomo’s terrible excuse for leadership is the mainstream media trying to cover for him. Dawn Best experienced this media favoritism at its worst. Her mother recently passed away tragically in a New York nursing home as a result of Cuomo’s incompetence. Yet, Best claims the reporters at NBC and other outlets pressured her not to use the phrase “Cuomo failed us” on the air. Instead, she was told to use the substitutionary “New York failed us.” After being put in such a high speed, high pressure scenario, Best capitulated and gave them what they wanted. However, now she is speaking out against the media censors who would not let her tell the truth about how her mother died.

As long as mainstream media outlets are allowed to make these kinds of editorial changes without being held accountable, incompetent leaders like Governor Andrew Cuomo do not have to worry about being held responsible for their actions.

Cuomo’s horrible handling of COVID-19 can be directly traced to the deaths of New Yorkers just like Dawn Best’s mother. Only real reporting from real fearless journalists can be trusted to bring these uncomfortable truths to light.

The lessons for conservatives are clear. First of all, do not believe everything you hear on the news. Also, be ready to lift your own voice against failed leadership, because we cannot trust reporters to get the news out for us.

What You Need to Know is it’s a Time for Choosing Again — time to choose life! In the wake of the Dobbs decision, the left is sneakily … END_OF_DOCUMENT_TOKEN_TO_BE_REPLACED

For Immediate Release: June 27, 2022Contact: Ryan Hite, Communications Director Washington, D.C.: “Praying in public is not a crime, and the … END_OF_DOCUMENT_TOKEN_TO_BE_REPLACED

Phyllis Schlafly Eagles · #WYNK: How America is Winning and Losing | June 29, 2022 #ProAmericaReport The following is a transcript from the Pro … END_OF_DOCUMENT_TOKEN_TO_BE_REPLACED

What You Need to Know is Happy birthday to America! It might not seem like it, but things are really really good here in America. The left act like … END_OF_DOCUMENT_TOKEN_TO_BE_REPLACED