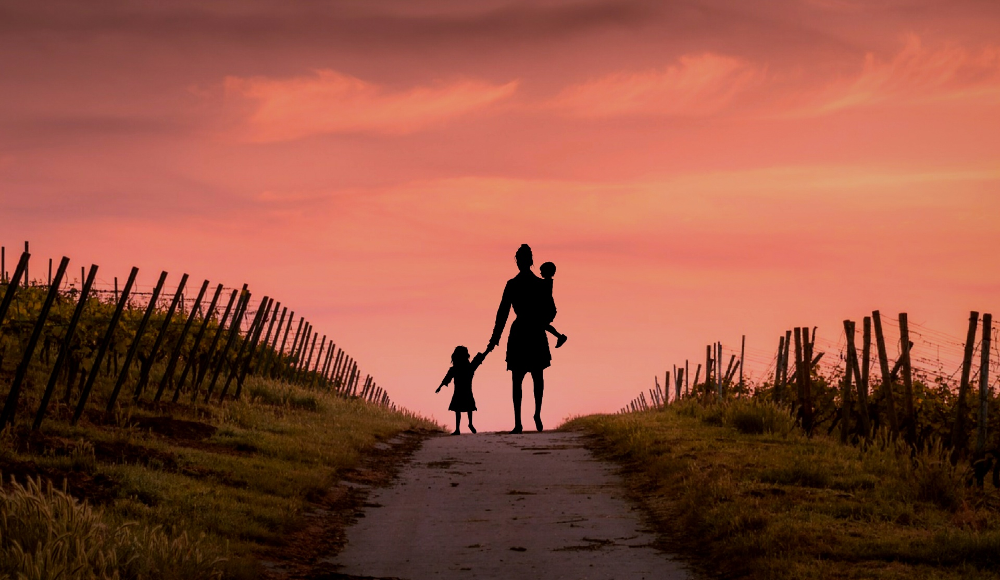 Why has Congress appropriated taxpayers’ money to give perverse incentives that break up families and deprive children of their fathers? The built-in financial incentives in the current child-support system have expanded the tragedy of fatherless children from the welfare class to millions of non-welfare divorced couples.

Americans have finally realized that providing generous welfare through Aid to Families with Dependent Children (AFDC) was counterproductive because the father had to disappear in order for the mother to receive taxpayer-paid benefits. Fathers left the home, illegitimacy rose in alarming numbers, and children were worse off.

AFDC provided a taxpayer-paid financial incentive to reward girls with their own monthly check, food stamps, health care and housing if they have an illegitimate baby. “She doesn’t need me, she’s got welfare” became the mantra.

Congress tried to reform the out-of-control welfare system by a series of child-support laws passed in 1975, 1984, 1988, 1996 (the famous Republican Welfare Reform), and 1999. Unfortunately, these laws morphed the welfare system into a massive middle-class child-support system that deprives millions of children of fathers who never abandoned them.

As Ronald Reagan often said, “The most terrifying words in the English language are: “I’m from the government and I’m here to help you.”

People think that child-support enforcement benefits children, but it doesn’t. When welfare agencies collect child support, the money actually goes to the government to reimburse for welfare payments already given to mothers, supposedly to reduce the federal budget (which, of course, is never reduced).

The majority of states quickly adopted the model guidelines conveniently already written by an HHS consultant who was president of what was shortly to become one of the nation’s largest private collection companies making its profits on the onerous guidelines that create arrearages.

The 1988 law extended the guidelines to ALL child-support orders, even though the big majority of those families never had to interact with government in order to pay or receive child support. This massive expansion of federal control over private lives uses a Federal Case Registry to exercise surveillance over 19 million citizens whether or not they are behind in child-support payments.

The states collect the child-support money and deposit it in a state fund, but the federal government pays most of the administrative costs and, therefore, dictates the way the system operates through mandates and financial incentives. The federal government pays 66 percent of the states’ administrative overhead costs, 80 percent of computer and technology-enhancement costs, and 90 percent of DNA testing for paternity.

In addition, the states share in a nearly-half-billion-dollar incentive reward pool based on whatever the state collects. The states can get a waiver to spend this bonus money anyway they choose.

However, most of the child support owed by welfare-class fathers is uncollectible. Most are either unemployed or earn less than $10,000 per year.

So, in order to cash in on federal bonus money, build their bureaucracies and brag about successful child-support enforcement, the states began bringing into the government system middle-class fathers with jobs who were never (and probably would never be) on welfare. These non-welfare families have grown to 83 percent of child-support cases and 92 percent of the money collected, creating a windfall of federal money flowing to the states.

The federal incentives drive the system. The more divorces, and the higher the child-support guidelines are set and enforced (no matter how unreasonable), the more money the state bureaucracy collects from the feds.

Follow the money. The less time that non-custodial parents (usually fathers) are permitted to be with their children, the more child support they must pay into the state fund, and the higher the federal bonus to the states for collecting the money.

The states have powerful incentives to separate fathers from their children, to give near-total custody to mothers, to maintain the fathers’ high-level support obligations even if their income is drastically reduced, and to hang onto the father’s payments as long as possible before paying them out to the mothers. The General Accounting Office reported that in 2002 states were holding $657 million in UDC (Undistributed Child Support).

We can no longer ignore how taxpayers’ money is incentivizing divorce and creating fatherless children. Nor can we ignore the government’s complicity in the predictable social costs that result from more than 17 million children growing up without their fathers.

What You Need to Know is Mom first! Life begins at conception. But what if the pro-life movement reframed the battle. What if we advertised that life … END_OF_DOCUMENT_TOKEN_TO_BE_REPLACED

What You Need to Know is a lesson on documents and double standards. Suddenly everyone has classified documents and everyone is spinning the stories … END_OF_DOCUMENT_TOKEN_TO_BE_REPLACED

For Immediate Release: January 26, 2022Contact: Ryan Hite, Communications Director Solution Staring Us In the Face to Save American Lives: Shut the … END_OF_DOCUMENT_TOKEN_TO_BE_REPLACED