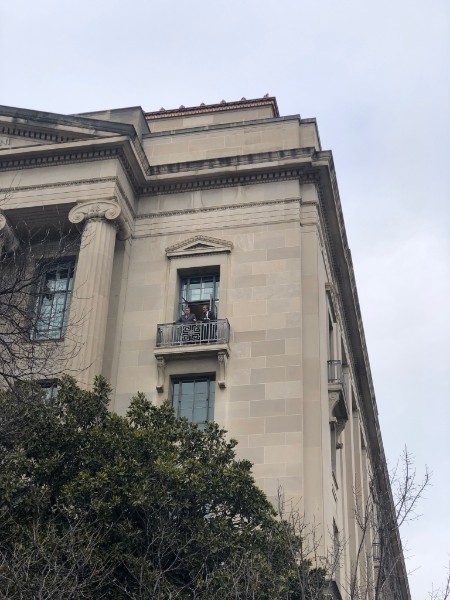 Donald Trump has come back to the national spotlight, and he returns not a moment too soon. His complaints about the crisis at the border and the politicization of the Department of Justice to harass his supporters are what all Republicans should be shouting from the mountaintops.

Former Attorney General William Barr, as the head of DOJ, did nothing to stop the countless mailed-in fraudulent ballots being investigated locally now in battleground states. While the Left has ongoing serial prosecutions of every Trump supporter they can get their hands on, Barr never took any meaningful action against election fraud.

Barr allowed the DOJ to be hijacked for political prosecutions, which has subsequently resulted in 500 arrests of unarmed Americans who protested on January 6 at the U.S. Capitol. Barr essentially abandoned his post two weeks earlier, quitting just before things heated up with the congressional vote on the election.

According to Trump, “Bill Barr was a disappointment in every sense of the word.” In response to a new book revealing Barr’s disloyalty, Trump said, “Instead of doing his job, he did the opposite and told people within the Justice Department not to investigate the election…. Bill Barr’s weakness helped facilitate the cover-up of the Crime of the Century, the Rigged 2020 Presidential Election!”

As Trump pointed out, politicized prosecutions by the DOJ is something Barr should have permanently stopped. Instead of doing his job, he looked the other way and jumped ship. Barr’s resignation letter when he quit early included lavish praise for President Trump at the time, but Barr’s refusal to stand up against Leftists in his own department leaves Washington awash in tyranny-by-prosecution.

This should not be so complicated. Public servants should serve the public. It’s as simple as that. Yet, rather than serving the public, Bill Barr left open the floodgates for the public to be harassed, intimidated, and imprisoned. If Barr had done as much to stop the deadly Black Lives Matter protests of 2020 as the leftists have done to persecute conservatives in 2021, America would have been a much safer place for all of us.

What You Need To Know about Mitch McConnell. Andrea Kaye, guest host of the #ProAmericaReport, explains how President Biden is trying to get rid of … END_OF_DOCUMENT_TOKEN_TO_BE_REPLACED

What You Don’t Know but Need To Know the truth about January 6th. Andrea Kaye, guest host of the #ProAmericaReport, explains how Jan. 6th is not … END_OF_DOCUMENT_TOKEN_TO_BE_REPLACED

Phyllis Schlafly Eagles · January 14 | Nobody Likes Injustice Nobody likes to see injustice in America. Unlike in other nations where corruption is … END_OF_DOCUMENT_TOKEN_TO_BE_REPLACED

What You Need To Know is this crime wave is intentional. Guest Host Andrea Kaye describes disturbing reports about a massive crime rate and murder … END_OF_DOCUMENT_TOKEN_TO_BE_REPLACED

As we close the books on 2021, the award for worst prediction of the year was that Donald Trump would somehow fade from political influence. … END_OF_DOCUMENT_TOKEN_TO_BE_REPLACED 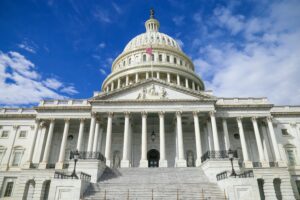 As it votes to hold President Trump’s top aides in contempt of Congress, the Democrat-controlled House showed its own contempt for the … END_OF_DOCUMENT_TOKEN_TO_BE_REPLACED

What You Need To Know is the history of the covid narrative. Andrea Kaye, guest host of the #ProAmericaReport, gives a list of the narrative that the left has given about covid, how contagious it is, and how to stop the spread. They have not kept with the same narrative since 2020, it’s actually changed […]

“Why are we allowing someone that makes $500,000 to get a discount on an electric vehicle? That doesn’t make any sense to me at all,” Sen. Joe Manchin (D-WV) declared while stopping Biden’s $2 trillion boondoggle misnamed the Build Back Better (BBB) Act. The socialists seeking to control our energy have no satisfactory answer to […]

If the education establishment wants to know why public schools don't get much respect from our citizenry, they need look no further … END_OF_DOCUMENT_TOKEN_TO_BE_REPLACED

Robert Strange McNamara belongs on the daytime soap operas. Better yet, his histrionics belong on Donahue or Geraldo or Sally Jesse Raphael. We are … END_OF_DOCUMENT_TOKEN_TO_BE_REPLACED

What You Need To Know about Biden’s worst week as President. Andrea Kaye, guest host of the #ProAmericaReport, explains how this has been the worst … END_OF_DOCUMENT_TOKEN_TO_BE_REPLACED

What You Need To Know is the SCOTUS victory is overshadowed by how we got here in the first place. Guest Host Andrea Kaye breaks down the High Court’s … END_OF_DOCUMENT_TOKEN_TO_BE_REPLACED