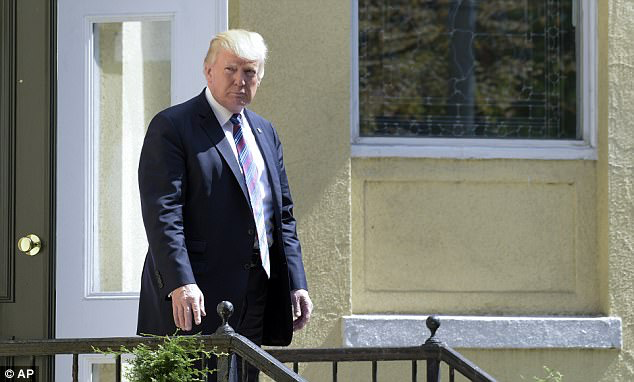 President Trump has delivered again on a campaign promise, by ending the unlawful pandering to illegal aliens. The Deferred Action for Childhood Arrivals program, known as DACA for short, was an executive order by President Obama that prevented the deportation of adults who are unlawfully in our country.

Most of the beneficiaries of DACA are not children at all, but young, able-bodied adults who are taking jobs and benefits away from American citizens. Many states, whose budgets are burdened by illegal aliens, were planning to bring litigation to block DACA.

President Trump’s plan to phase out DACA, which granted amnesty for illegal aliens who claim they were brought to our country as children, restores the rule of law to immigration. President Obama’s executive actions had undermined both immigration law and congressional authority over it.

Trump’s decision to pass the responsibility to Congress, where it belongs, is the best part. The Constitution gives Congress the power to make our immigration policy, so any change in the law must start there with Congress being held politically accountable for any attempts to shift benefits from American citizens to illegals.

By rolling out the new policy in this way, Trump has not revoked anyone’s legal status, nor is anyone in danger of being “rounded up” for deportation. DACA recipients still have the same rights they had before, no more and no less.

DACA was never supposed to be permanent. When President Obama unilaterally instituted the program in 2012 without Congressional approval, he promised recipients temporary protection for two years at a time — and President Trump is honoring that pledge.

Remember, all DACA recipients are illegal aliens — citizens of another country who came here illegally, even if they were brought here as children. Many of them actually came here on their own as teenagers, and many of the children were “brought” by smugglers or traffickers.

Among those who preemptively denounced Trump’s announcement were Apple and Microsoft, both of which said they have DACA recipients on their payrolls. The companies didn’t say how much the “Dreamers” were being paid or why no U.S. citizens or legal residents could be found to do those jobs.

Apple and Microsoft happen to be the biggest abusers of the system that allows U.S. technology corporations to avoid federal tax on earnings parked in overseas accounts. Apple’s untaxed cash hoard has reached an astounding $246 billion, while Microsoft is in second place with $131 billion overseas.

A group of CEOs signed a joint letter claiming that ending DACA would hurt the economy, but Treasury Secretary Steven Mnuchin is not buying it, saying, “There’s a lot of people that left the workforce, and our objective is to bring them back into the workforce.” Mnuchin came from the Wall Street firm of Goldman Sachs, but he obviously gets the Trump doctrine to put Americans first.

In the furor over what to do about so-called Dreamers (illegal aliens who entered the United States as children), it’s important to remember that DACA was never lawfully instituted by President Obama in the first place. DACA’s companion program, known as DAPA, was thrown out by the federal courts last year, and DACA was likely to suffer the same fate.

Legislation to grant legal status to Dreamers was introduced in Congress as far back as 2001 and has been rejected many times since then, most recently in 2010 when Democrats controlled both Houses. In addition to defeating those stand-alone bills, public opposition killed “comprehensive immigration reform” in 2006, 2007, and 2013.

Before creating DACA in 2012, President Obama said that doing so “would be both unwise and unfair.” After changing his mind in an election year, he described DACA as “a temporary stopgap measure.”

House Speaker Paul Ryan and other Republicans now say they want DACA to continue, but many Democrats would go much further if they had the chance. A new Dream Act could extend legal status and provide benefits to millions of currently illegal residents, not just the 800,000 who signed up so far.

On at least 22 occasions, President Obama himself admitted that he lacked the authority as president to implement a DACA-like program. Then, under pressure from the Left, President Obama imposed one anyway.

By ending that unlawful action by Obama, President Trump properly restored the role of Congress over our immigration system. Congressmen are elected every two years in the House, and they will hear from their voters if they try to continue a program that prefers illegal aliens over American citizens.

John and Andy Schlafly are sons of Phyllis Schlafly (1924-2016) whose 27th book, The Conservative Case for Trump, was published posthumously last year on September 6.

What You Need to Know is Lies, Damned Lies, and Biden’s Border Statistics. The Narrative Machine’s media wing and the Biden Administration (including … END_OF_DOCUMENT_TOKEN_TO_BE_REPLACED

Proving once again that he is in touch with ordinary Americans, Donald Trump selected education for the first video message of his 2024 presidential … END_OF_DOCUMENT_TOKEN_TO_BE_REPLACED

Phyllis Schlafly Eagles · #WYNK: Trump's Record is Baked In | January 30, 2023 #ProAmericaReport The following is a transcript from the Pro … END_OF_DOCUMENT_TOKEN_TO_BE_REPLACED

What You Need to Know is Trump’s record is baked in. He’s already been torn apart every which way and his record stands with all the things you like … END_OF_DOCUMENT_TOKEN_TO_BE_REPLACED

Phyllis Schlafly Eagles · February 8 | Leftist Hollywood's Downward Spiral Looking back on 2022, it is plain to see that Democrat-dominated … END_OF_DOCUMENT_TOKEN_TO_BE_REPLACED