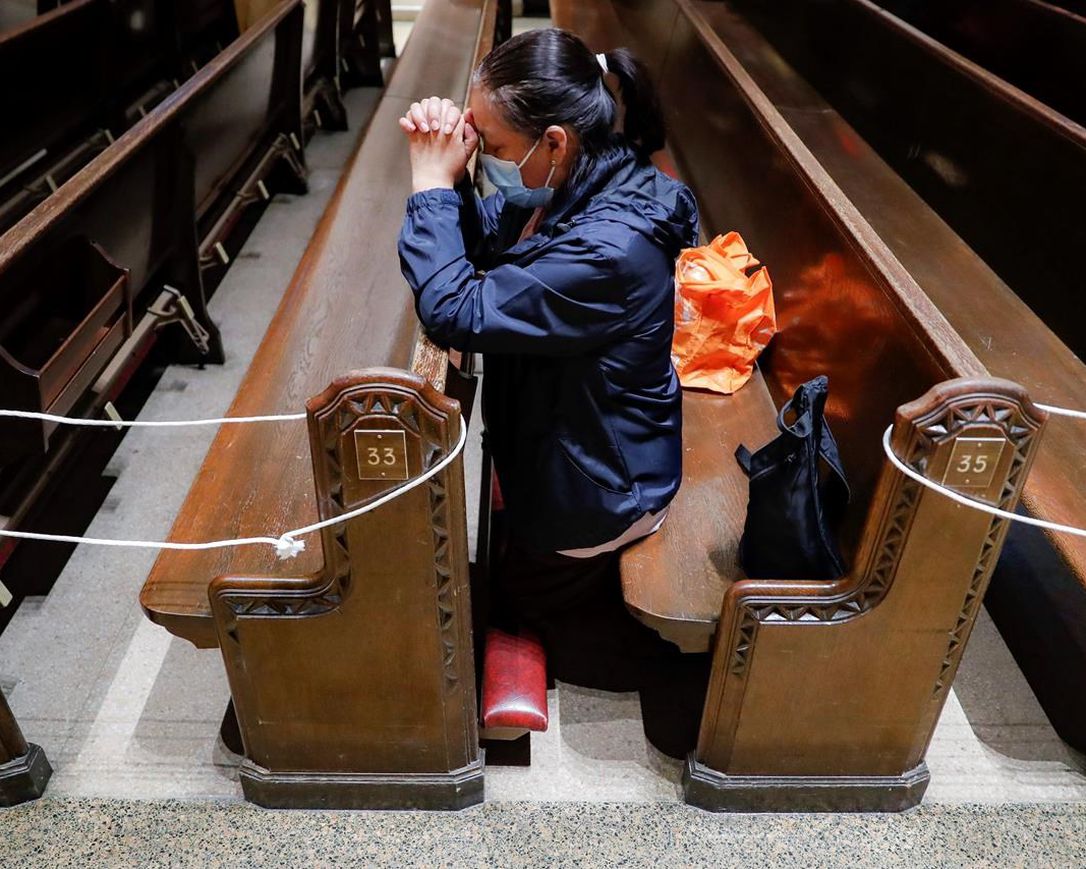 As the COVID-19 pandemic rages on, Americans debate whether test reports can be trusted and if government officials have the constitutional authority to mandate masks. While viewpoints on these matters vary widely, we should all be able to agree on one key point: Americans’ religious liberty is at stake.

Tyrannical government officials who disregard the Bible and the biblical principles many Americans adhere to are using COVID-19 as justification to silence churches and prevent believers from worshipping together. The restrictions they put in place are a clear violation of “the right of the people peaceably to assemble” as guaranteed in the First Amendment of the Constitution.

Pastors have been arrested, churches have been threatened, and church members have been fined. Yes, right here in the United States. The Founding Fathers birthed our nation upon freedom of religion and the right to worship, yet, these foundational truths are largely being ignored.

In the state of Maryland where I live, Governor Larry Hogan instructed that effective May 15, church services could be held outdoors or churches open at 50% capacity. But he also gave county officials the authority to make decisions for their own communities. At that time, Anne Arundel County Executive Steuart Pittman declared that “religious facilities are not allowed to open.” This left the 10-person policy in place. No provisions were made for parking lot services.

On April 9, just three days before Easter, Chattanooga Mayor Andy Berke posted a notice to the city website and his official Facebook account announcing that drive-in worship services were not allowed. The announcement stated that “allowing people to gather, even in their cars with the windows rolled up, for any length of time will be considered a violation of our shelter-in-place directive.”

The Wednesday evening before Easter, churchgoers at Temple Baptist Church in Greenville, Mississippi were fined for attending a church service while sitting in their vehicles. Not having livestream capabilities, Pastor Arthur Scott preached his message over an FM radio station. Several police officers showed up during the service and “began knocking on car windows, demanding driver’s licenses, and writing citations with $500 fines.”

Kevin Wilson, pastor of Lighthouse Fellowship Church in Chincoteague, Virginia, was served a summons for holding a Palm Sunday service with 16 people in a sanctuary that seats nearly 300. What was the punishment for daring to hold that service? A $2,500 fine and as much as one year in jail.

The Elim Romanian Pentecostal Church faced discrimination from Chicago Mayor Lori Lightfoot and Public Health Commissioner Allison Arwady for holding a worship service with more than ten people in attendance although the church has approximately 1,300 seats. The mayor ordered “no parking” signs to be put up within a nine-block radius of the church and police to block the church’s parking lot. The church was also issued a fine and threatened with closure and destruction of the church.

Meanwhile, there is no ban on sitting in your car at a Walmart parking lot, curbside pickup is available, and restaurant drive-throughs have remained open for business. Many of the same government officials who banned church attendance allowed and encouraged protests and riots to take place in the streets.

These First Amendment violations are just a few of hundreds that have taken place all across the country. The restrictions on churches are discriminatory and unconstitutional. Thanks to law firms such as Liberty Counsel and Alliance Defending Freedom, some of the policies have been reversed and fines and charges dropped.

We also have President Trump to thank for declaring church as being essential and Attorney General Barr and the Department of Justice for stepping into the fray and filing statements of interest in support of churches. As we have learned from past experience though, we cannot count on having an administration that is friendly to those who adhere to religious beliefs.

As my late boss Phyllis Schlafly said, “Americans who believe in God had better wake up and realize that a well-orchestrated campaign is moving to fundamentally transform the United States into a scrupulously secular nation. If this succeeds, we will no longer enjoy our First Amendment right of “free exercise” of religion, but will be forbidden to speak or display any prayers, Bible quotations, or other evidence of religion in any public place or event.”

The Constitution is the law of the land and the freedom to worship God exists even during a pandemic. Oppressive politicians who taste growing power will shamelessly abuse that power. Giving up our freedom to worship now will only lead to future tyranny.

What You Need to Know is Ours is a Religious Nation. Phyllis Schlafly reminded us of this plain fact in her column on Christmas Eve 1982. Our founders … END_OF_DOCUMENT_TOKEN_TO_BE_REPLACED

Phyllis Schlafly Eagles · February 3 | "Woman" Is the Word of the Year The internet is a powerful tool that most of us use every day. … END_OF_DOCUMENT_TOKEN_TO_BE_REPLACED