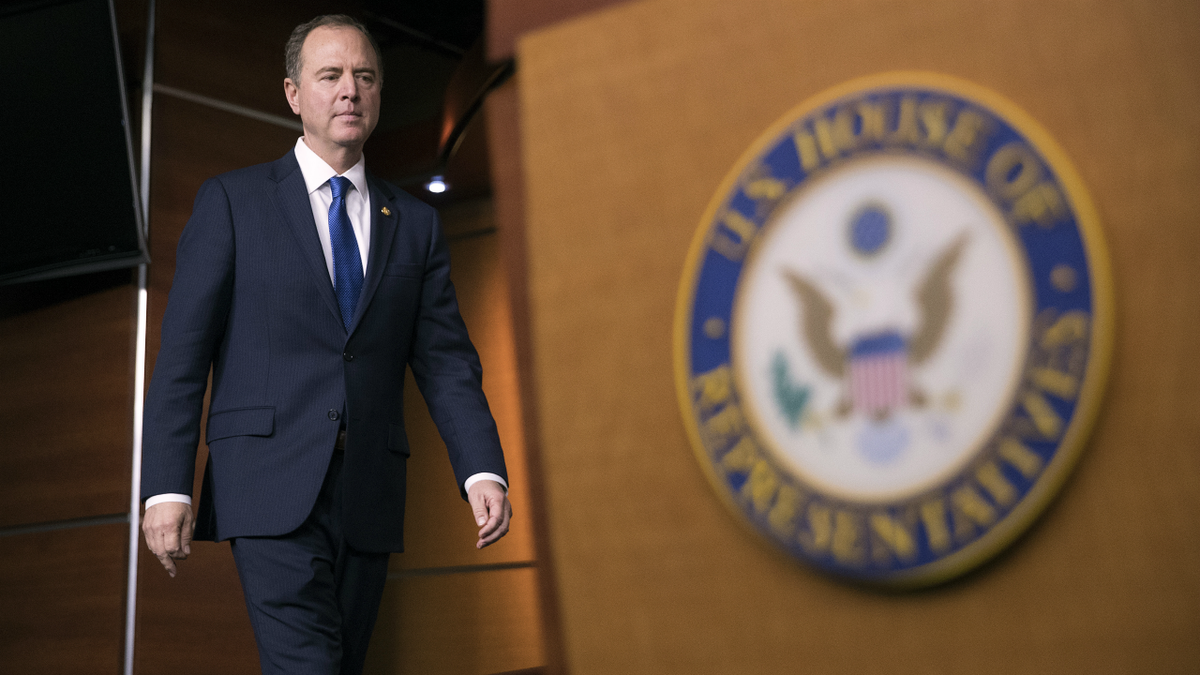 Television ratings for Congressman Adam Schiff’s impeachment hearings were a bust. There were far less viewers than during Watergate or Clinton-Lewinsky.  Even the testimony of ex-FBI director James Comey and Supreme Court nominee Brett Kavanaugh drew higher ratings than the Democrats’ latest show trial. Less than 13 million people watched the first day of impeachment hearings, which is only a tiny fraction of the audience for a big football game.  Polling shows that the independent voters who will decide the next presidential election are tuning out in large numbers.

No matter what theatrics Democrats tried to throw into the mix, they simply couldn’t hold the attention of a television audience.  Even former Trump attorney Michael Cohen attracted higher television ratings when he testified before a congressional hearing. Clearly, the American people are no longer interested in watching Democrats flail their arms complaining about non-existent crimes. Most of the public sides with Trump in thinking we should not be sending millions of tax dollars to a foreign country with a history of rampant corruption.

There is no precedent for th Democrats’ bizarre inquisition into a president’s foreign policy decisions.  Polls show that 90% of evangelicals view the impeachment hearings as a witch hunt. Evangelicals were a pivotal voting bloc in 2016, so that number is very significant. The national spotlight Democrats hoped to shine on their impeachment show trial is dim and ineffective. Its greatest achievement may be to force the Democratic senators who are running for president to be in Washington, D.C. during the month of January rather than campaign against Trump in Iowa and New Hampshire.

When candidate Trump was running for office in 2016, liberals made much ado about Trump’s history as a television personality. They said he would turn the presidency into one giant reality TV show. Three years later, we see who’s really making governance all about theatrics. Every new phony accusation and manufactured scandal points to one conclusion: the Democrats would rather have high ratings on television than good governance. It’s time for politicians to look away from the cameras long enough to get back to governing.

What You Need to Know is the Qatar-Europe NGO scandal continues! These global schemes with millions of dollars flowing through non-government … END_OF_DOCUMENT_TOKEN_TO_BE_REPLACED

What You Need to Know is Tucker is allowing the will of the people to be heard! When a huge block of Republicans and so-called conservatives are … END_OF_DOCUMENT_TOKEN_TO_BE_REPLACED

Phyllis Schlafly Eagles · #WYNK: Documents and Double Standards | January 24, 2023 #ProAmericaReport The following is a transcript from the Pro … END_OF_DOCUMENT_TOKEN_TO_BE_REPLACED

Proving once again that he is in touch with ordinary Americans, Donald Trump selected education for the first video message of his 2024 presidential … END_OF_DOCUMENT_TOKEN_TO_BE_REPLACED

Phyllis Schlafly Eagles · #WYNK: Trump's Record is Baked In | January 30, 2023 #ProAmericaReport The following is a transcript from the Pro … END_OF_DOCUMENT_TOKEN_TO_BE_REPLACED

What You Need to Know is Trump’s record is baked in. He’s already been torn apart every which way and his record stands with all the things you like … END_OF_DOCUMENT_TOKEN_TO_BE_REPLACED

Phyllis Schlafly Eagles · February 3 | "Woman" Is the Word of the Year The internet is a powerful tool that most of us use every day. … END_OF_DOCUMENT_TOKEN_TO_BE_REPLACED