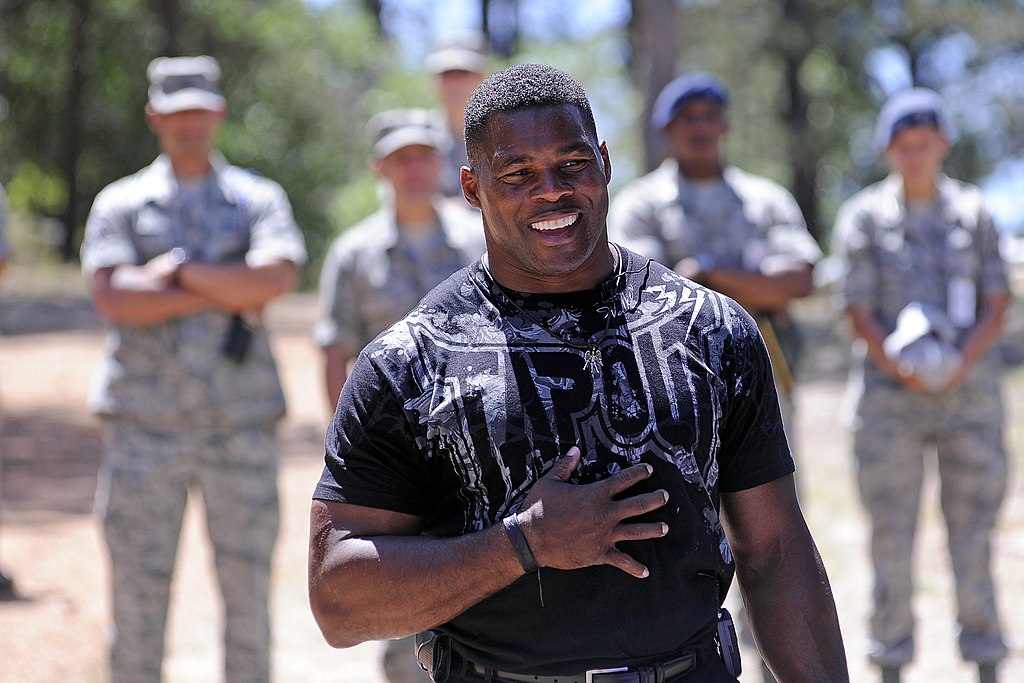 Herschel Walker had an iconic moment in a debate with Sen. Raphael Warnock when he pulled out a badge given to him by the sheriff of Johnson County to show his support for law enforcement. The media may have criticized him for it, but the truth is that other Republicans should have similar badges as Democrats throw law enforcement under the bus at every turn. Headlines of mass killings are nearly daily and police departments have been emasculated by the left. Violent crime has increased sharply while progressives have been waging a war on our valiant officers in blue who struggle to maintain law and order.

As just one recent example, a mere 15-year-old in Raleigh, North Carolina, went on a shooting spree in a peaceful neighborhood that killed a dog and five people including two veterans, one of whom was an off-duty police officer. The assailant was dressed in camouflage as some teenage boys addicted to violent video games like to do when they turn their gaming into reality.

Meanwhile, across the country in Stockton, California, an example of what appears to have been a type of profiling enabled apprehension of a suspected serial killer while he was hunting at 2 a.m. for another victim to murder. This illustrates what good police work can accomplish if the Left is stopped from interfering with their work. Police arrested a black man dressed in all-black clothing as he was thought to be driving around to look to murder his seventh random victim in Stockton in the past few months. He donned a mask around his neck and was driving in a wandering pattern after midnight in the city.

Progressives have objected to effective policing by insisting it is based on profiling, and have blocked the “stop and frisk” policy that was so effective in reducing crime in New York City until liberals ended it in 2014. The simple reality is that Americans want to trust their local elected law enforcement leaders with the power to keep their communities safe. The collision of progressivism and law enforcement is the intersection at which progressivism becomes a danger to our families and our communities.

What You Need to Know is a lesson on documents and double standards. Suddenly everyone has classified documents and everyone is spinning the stories … END_OF_DOCUMENT_TOKEN_TO_BE_REPLACED

Phyllis Schlafly Eagles · #WYNK: Political Hit Jobs Against Lawyers | January 18, 2022 #ProAmericaReport The following is a transcript from the Pro … END_OF_DOCUMENT_TOKEN_TO_BE_REPLACED

For Immediate Release: January 26, 2022Contact: Ryan Hite, Communications Director Solution Staring Us In the Face to Save American Lives: Shut the … END_OF_DOCUMENT_TOKEN_TO_BE_REPLACED

What You Need to Know is we are in a proxy war with Russia. Until now, we’ve been able to at least try to say we have given Ukraine defense weapons … END_OF_DOCUMENT_TOKEN_TO_BE_REPLACED