In 2004, Phyllis Schlafly warned America of a terrible threat to our Republic. In her landmark book called The Supremacists, she wrote about the importance of putting traditional constitutionalist justices on the Supreme Court so the American people could govern themselves rather than rely on the whim of nine robed oligarchs. In last month’s contentious midterm elections, the American people showed that they too are concerned about this threat.

The simple fact to know is that picks for the Supreme Court stick around for much longer than Executive Orders or even some pieces of legislation. With lifetime tenures, each Supreme Court justice has a tremendous impact for many years. No area of governance is safe from the pens of revisionist liberals on the court. It is no wonder so many people voted out the Democrat senators who rejected Trump’s spectacular picks. 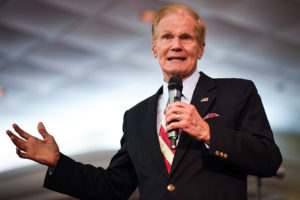 Not one, not two, not three, but all four of the Democrats in battleground states who opposed the nomination of Justice Brett Kavanaugh were defeated.

Not one, not two, not three, but all four of the Democrats in battleground states who opposed the nomination of Justice Brett Kavanaugh were defeated. Joe Manchin, the only Democrat who voted for Kavanaugh, managed to keep his seat. This is no coincidence. After seeing some really loony decisions come down on marriage, immigration, and healthcare, Americans in those key states knew that this was the issue of the hour. Thankfully, both of Trump’s recent originalist court picks made it onto the court despite all kinds of Democrat antics. This widened Republican majority in the Senate ensures that future court picks for our president should be confirmed even faster. This is a very big deal for those of us who oppose the Supremacists.

Now that our elections have shown the nation that Americans care about judges, the question becomes what Democrats should do with this information. Clearly, the remaining senate Democrats should be warned that they will meet the same fate as Senators McCaskill, Heitkamp, Donnelly, and Nelson if they do not vote for President Trump’s future originalist court picks. No amount of dirty tricks or questionable allegations will save them. There is no cover for defying the will of the American people when it comes to the Supreme Court.

What You Need to Know is Ray Epps was in on it! Who is Ray Epps? Congressman Jamie Raskin gave us the answer after the prompting by Congressman Thomas … END_OF_DOCUMENT_TOKEN_TO_BE_REPLACED

Phyllis Schlafly Eagles · September 27 | Do Politicians Care About Teachers? Promises are easy to make and hard to keep, especially in politics. If … END_OF_DOCUMENT_TOKEN_TO_BE_REPLACED

A spectacular ruling against Big Tech censorship emerged Friday afternoon from our nation’s finest court, which presides in New Orleans over federal … END_OF_DOCUMENT_TOKEN_TO_BE_REPLACED

Phyllis Schlafly Eagles · September 28 | The Politicization of the School Lunchroom There are all kinds of labels on food these days. You may have … END_OF_DOCUMENT_TOKEN_TO_BE_REPLACED

Phyllis Schlafly Eagles · #WYNK: Ray Epps Was In On It! | September 27, 2022 #ProAmericaReport The following is a transcript from the Pro America … END_OF_DOCUMENT_TOKEN_TO_BE_REPLACED