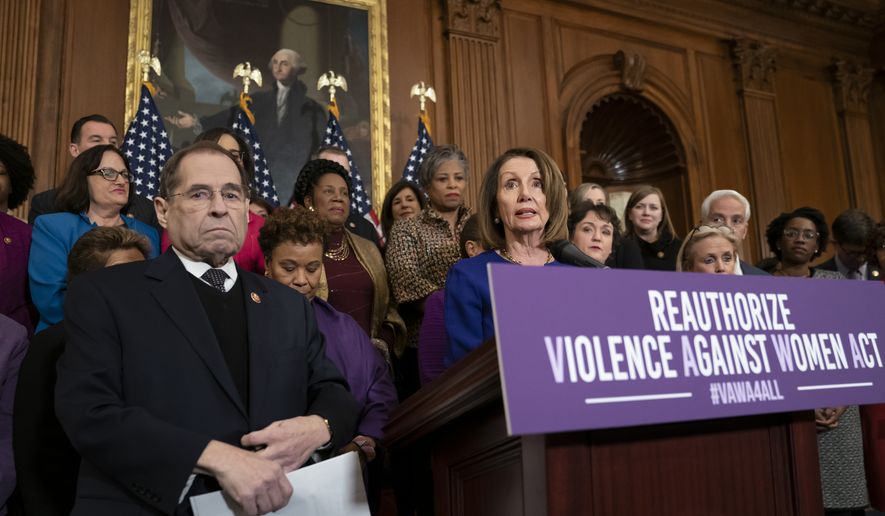 As you might expect, liberal women are trying their very hardest to make the new so-called Violence Against Women Act a women’s issue. Statistics show intimate partner violence against men is comparable in frequency to violence against women. That number is coming directly from the National Intimate Partner and Sexual Violence Survey (NISVS). More importantly, domestic violence has been decreasing for decades, and that started long before the billions of dollars of handouts from the Violence Against Women Act to feminist groups. One’s home with a spouse has always been the safest place for both men and women, and spousal murder is thankfully very rare. Yet the Violence Against Women Act trained workers to separate domestic couples as often as possible and to file a complaint against men which often cause them to lose their jobs and their employability.

The abusive “ex parte” court orders under the Violence Against Women Act are issued without the men being in court to defend themselves against false accusations. It’s likely these malicious orders would only expand under a new Violence Against Women Act. You may remember back in 2005 when late-night comedian David Letterman discovered that a woman in Sante Fe had obtained a restraining order against him. The woman insisted that Letterman had used code words on his television show to communicate that he wanted to marry her and have her become his co-host. She said Letterman had been mentally cruel to her and caused her to endure sleep deprivation for more than a decade. A New Mexico state judge granted the woman’s demand for an ex parte restraining order, and it became a humorous topic for Letterman’s show. His attorneys were able to reverse the court order, but most men do not have the luxury of time, money, and influence that a television celebrity has.

While it might have been all fun and games for Letterman, the Violence Against Women Act poses a very real threat to the institution of marriage. Rather than putting the woman first, it creates a rigid system that seeks to separate men and women wherever possible and break up families far too often. That does nothing to help women. As Americans, we want the government to embrace pro-family policies that affirm marriage. That’s the best way to cause our society to flourish.

What You Need to Know is the Qatar-Europe NGO scandal continues! These global schemes with millions of dollars flowing through non-government … END_OF_DOCUMENT_TOKEN_TO_BE_REPLACED

What You Need to Know is the House GOP Must Exercise Power of the Purse. We’re back to following the money this week, this time in Congress! House … END_OF_DOCUMENT_TOKEN_TO_BE_REPLACED

Phyllis Schlafly Eagles · February 3 | "Woman" Is the Word of the Year The internet is a powerful tool that most of us use every day. … END_OF_DOCUMENT_TOKEN_TO_BE_REPLACED

What You Need to Know is Tucker is allowing the will of the people to be heard! When a huge block of Republicans and so-called conservatives are … END_OF_DOCUMENT_TOKEN_TO_BE_REPLACED