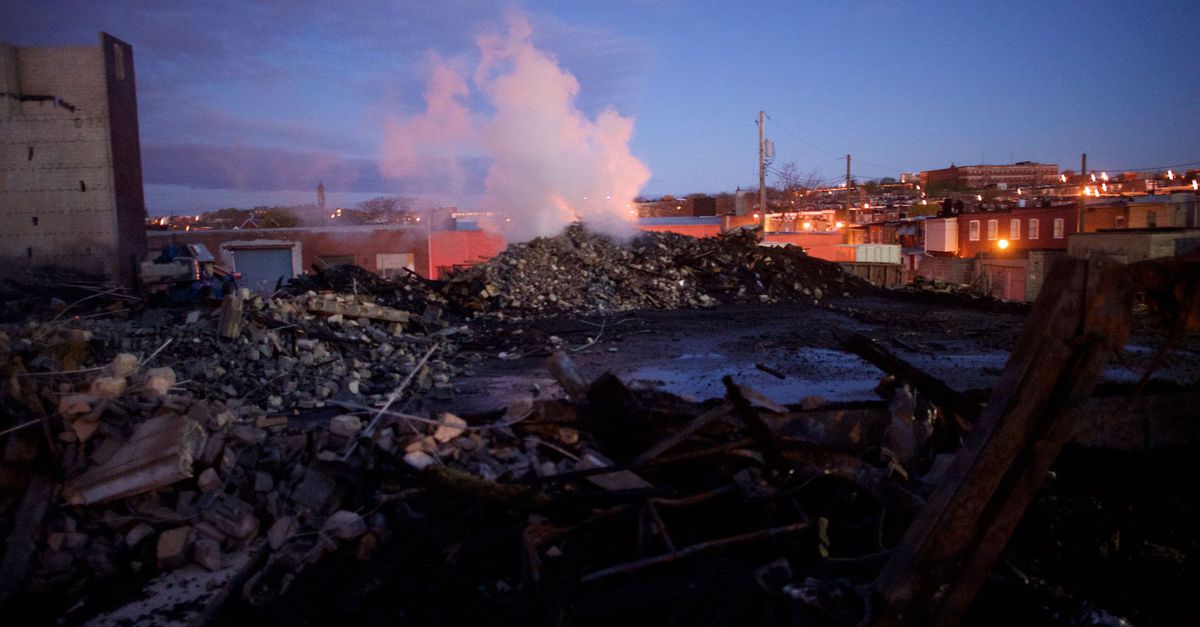 Every sports fan knows the best defense is a good offense.  Pres. Trump mastered this better than anyone in the history of American politics. No one on the national stage was talking about the problems of Democrat-controlled Baltimore before Donald Trump brought it up.  Now everyone’s been talking about it for months, thanks to Trump’s spot-on tweets.

Trump’s not just tweeting his opinions. He’s telling the hard facts. Baltimore is ranked as one of the ten least livable cities in the United States. Democratic congressman Elijah Cummings represents much of the city, and he is one of the most powerful congressmen on Capitol Hill.

Trump boldly tweeted “Baltimore, under the leadership of Elijah Cummings, has the worst Crime Statistics in the Nation. 25 years of all talk, no action!” Cummings has shamefully been using his time attacking the conditions in a detention center on the border rather than fixing his own city.  Rep. Cummings used a House hearing with the head of Homeland Secretary as his personal platform to express outrage about how illegal aliens are held. That led to President Trump contrasting the relatively clean detention centers with the deplorable conditions in Rep. Cummings’ own Baltimore  district.

It’s ironic how Democrats focus so much on the conditions of illegal aliens instead of spending time and effort helping people in their own districts. Just think of all the dirtiest and most crime-ridden cities you know. There’s Baltimore, Chicago, New York, and San Francisco, just to name a few. What all these cities have in common is poor leadership by Democrat-run city governments. Democrats don’t know how to make government work for the people. Their worldview just doesn’t have the right solutions.

This isn’t something Trump is happy about. He’d gladly work with the Democrat-controlled House to improve inner cities. Just think about the incredible steps he’s taken in the area of criminal justice reform. The only problem is the Pelosi crew seems uninterested in working with him. It doesn’t matter what the issue is or how simple the solution. Democrats would rather see their own citizens suffer than to lose the political capital of another Trump win.

What You Need to Know is the Qatar-Europe NGO scandal continues! These global schemes with millions of dollars flowing through non-government … END_OF_DOCUMENT_TOKEN_TO_BE_REPLACED

Proving once again that he is in touch with ordinary Americans, Donald Trump selected education for the first video message of his 2024 presidential … END_OF_DOCUMENT_TOKEN_TO_BE_REPLACED

Phyllis Schlafly Eagles · #WYNK: Trump's Record is Baked In | January 30, 2023 #ProAmericaReport The following is a transcript from the Pro … END_OF_DOCUMENT_TOKEN_TO_BE_REPLACED

What You Need to Know is Trump’s record is baked in. He’s already been torn apart every which way and his record stands with all the things you like … END_OF_DOCUMENT_TOKEN_TO_BE_REPLACED

Phyllis Schlafly Eagles · February 3 | "Woman" Is the Word of the Year The internet is a powerful tool that most of us use every day. … END_OF_DOCUMENT_TOKEN_TO_BE_REPLACED

What You Need to Know is Tucker is allowing the will of the people to be heard! When a huge block of Republicans and so-called conservatives are … END_OF_DOCUMENT_TOKEN_TO_BE_REPLACED