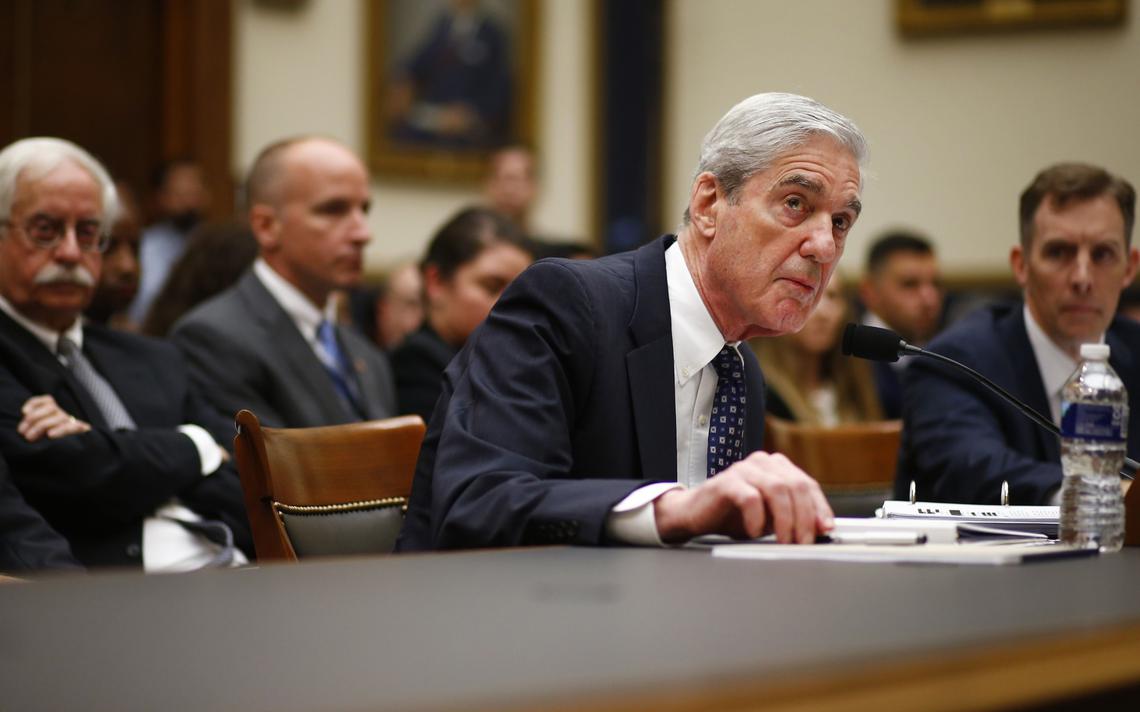 Pointless hearings like the recent one that Congress held starring Robert Mueller are becoming a real problem in this country. Not only are they talking to irrelevant people like Mueller, but they aren’t even talking about the issues that are relevant. Instead of giving Mueller a stump from which to bash Donald Trump, Mueller should have been asked about a recent report that his liberal deputy Andrew Weissmann had attempted to cut a deal with a notorious Ukrainian oligarch in exchange for dirt on Trump. Mueller surely knew what his deputy was doing. The American people should get some answers on this.

Mueller should have also been asked about reports that his immediate supervisor, Rod Rosenstein, considered an attempt to remove Trump from power based on the 25th Amendment.  An amendment that only activates when the president loses his mental capacity obviously has no relevance to the current administration. Attorney General William Barr observed that Mueller “identifies no actions that, in our judgment, constitute obstructive conduct” by this president.  Democrats have falsely called this statement misleading even though it is exactly correct. Mueller himself should have been asked repeatedly about Barr’s letter.  Why did Mueller allow the media to push the false narrative that he was preparing a collusion or obstruction charge against Trump?

Next there is the unexplained delay in Mueller waiting until after the 2018 midterm elections to exonerate Trump.  Mueller should have been asked why he did not wrap up his investigation in an expeditious manner. He accused Russians of manipulating the 2016 presidential election, but why did he himself manipulate the 2018 midterm elections by allowing false media reports about Trump to persist?  Why didn’t he release his findings earlier to prevent voters from being misled by the false accusations against Trump?

Mueller should have been asked about his bizarre statement that “If we had had confidence that the president clearly did not commit a crime, we would have said so.”  Mueller should have explained why he acted contrary to the Department of Justice policy not to comment about people who are not charged with crimes. Until real questions like this are asked and answered, expensive House hearings are completely pointless.

What You Need to Know is the Qatar-Europe NGO scandal continues! These global schemes with millions of dollars flowing through non-government … END_OF_DOCUMENT_TOKEN_TO_BE_REPLACED

Proving once again that he is in touch with ordinary Americans, Donald Trump selected education for the first video message of his 2024 presidential … END_OF_DOCUMENT_TOKEN_TO_BE_REPLACED

Phyllis Schlafly Eagles · #WYNK: Trump's Record is Baked In | January 30, 2023 #ProAmericaReport The following is a transcript from the Pro … END_OF_DOCUMENT_TOKEN_TO_BE_REPLACED

What You Need to Know is Trump’s record is baked in. He’s already been torn apart every which way and his record stands with all the things you like … END_OF_DOCUMENT_TOKEN_TO_BE_REPLACED

Phyllis Schlafly Eagles · February 3 | "Woman" Is the Word of the Year The internet is a powerful tool that most of us use every day. … END_OF_DOCUMENT_TOKEN_TO_BE_REPLACED

What You Need to Know is Tucker is allowing the will of the people to be heard! When a huge block of Republicans and so-called conservatives are … END_OF_DOCUMENT_TOKEN_TO_BE_REPLACED