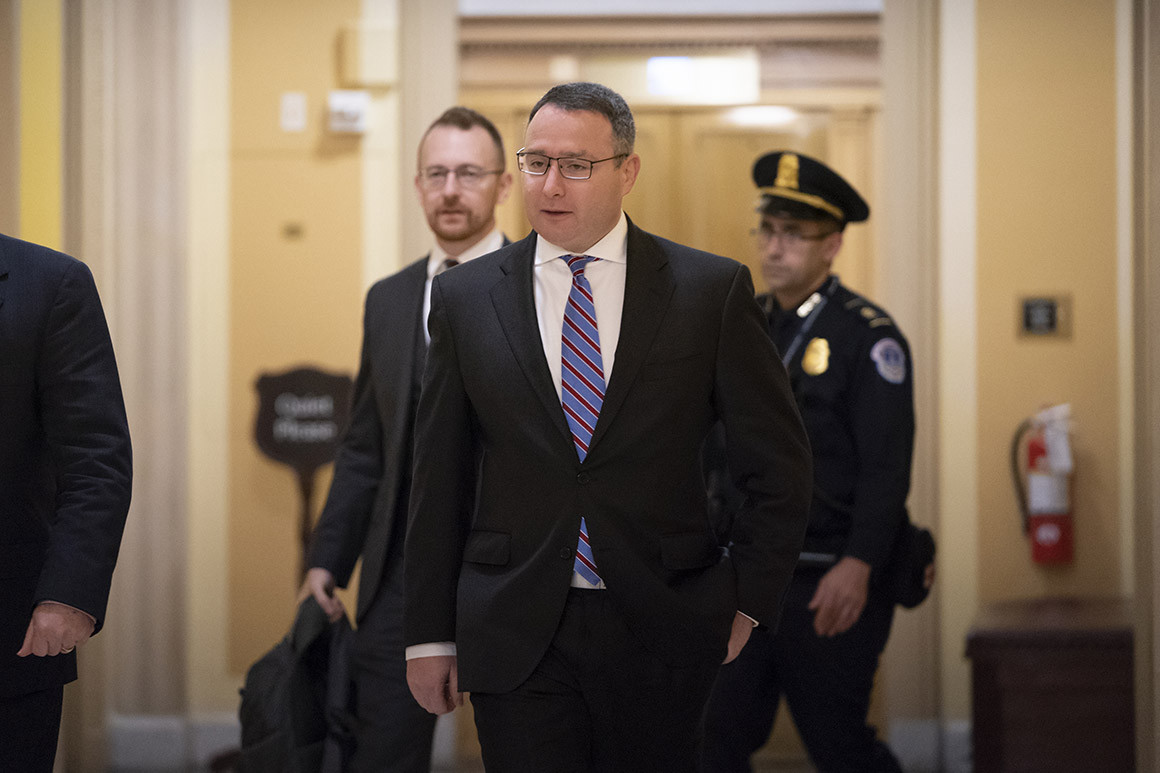 Lt. Col. Alexander Vindman came to his testimony at Congressman Adam Schiff’s impeachment inquiry ready to make a statement for the television cameras. It wasn’t a statement of facts implicating President Trump in any impeachable offense. Instead, he came ready to make a fashion statement by unnecessarily wearing his military uniform to make the American public immediately see him as an authority figure. This is not standard practice. It was a calculated move motivated solely by the television viewing audience.

It didn’t help the Democrats that their star witness had been discredited by his own supervisor, Tim Morrison.  According to Morrison, Vindman is not reliable and his judgment is questionable. Morrison is a far more credible witness because he actually has firsthand knowledge about the phone call that started this whole inquiry. Morrison found nothing improper on the telephone call held between President Trump and Ukrainian President Volodymyr Zelensky.  In contrast, Vindman appears politically biased by his own disagreement with President Trump’s foreign policy, which further undermines Vindman’s objectivity.

The opinionated views of Vindman and other anti-Trump witnesses hopelessly distorted the hearings. Democrats delayed testimony by those willing to stick to the facts, which vindicated the  president. Morrison listened in on the July 25th call. Morrison clearly had firsthand knowledge the other informants lack. Even the famed whistleblower himself only heard about the call secondhand. It looks mighty suspicious that Morrison and other witnesses who support Trump’s statements were not initially allowed to testify publicly.

These shady dealings fly in the face of the precedent set by previous impeachment proceedings. Democrats know they can’t win in the court of public opinion purely on the merits of their accusations. They have to silence any and all voices contrary to their own. Now that they wield the gavel of the Speaker of the House, they can take complete control of the official impeachment narrative. They can also apply hard pressure on any conservative who doesn’t go along with this nonsense. If we’re going to end this, we must apply equal pressure on members of Congress to stand up to Nancy Pelosi’s bullying.

What You Need to Know is the Qatar-Europe NGO scandal continues! These global schemes with millions of dollars flowing through non-government … END_OF_DOCUMENT_TOKEN_TO_BE_REPLACED

What You Need to Know is Tucker is allowing the will of the people to be heard! When a huge block of Republicans and so-called conservatives are … END_OF_DOCUMENT_TOKEN_TO_BE_REPLACED

Phyllis Schlafly Eagles · #WYNK: Documents and Double Standards | January 24, 2023 #ProAmericaReport The following is a transcript from the Pro … END_OF_DOCUMENT_TOKEN_TO_BE_REPLACED

Proving once again that he is in touch with ordinary Americans, Donald Trump selected education for the first video message of his 2024 presidential … END_OF_DOCUMENT_TOKEN_TO_BE_REPLACED

Phyllis Schlafly Eagles · #WYNK: Trump's Record is Baked In | January 30, 2023 #ProAmericaReport The following is a transcript from the Pro … END_OF_DOCUMENT_TOKEN_TO_BE_REPLACED

What You Need to Know is Trump’s record is baked in. He’s already been torn apart every which way and his record stands with all the things you like … END_OF_DOCUMENT_TOKEN_TO_BE_REPLACED

Phyllis Schlafly Eagles · February 3 | "Woman" Is the Word of the Year The internet is a powerful tool that most of us use every day. … END_OF_DOCUMENT_TOKEN_TO_BE_REPLACED