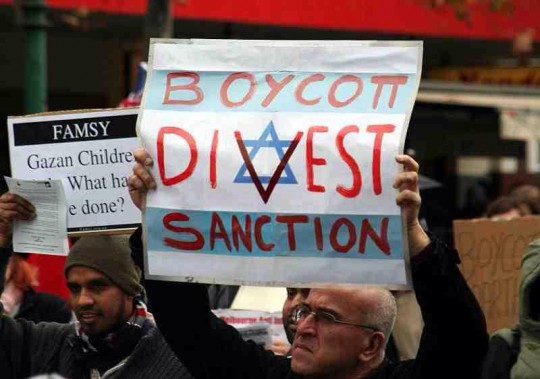 In June 1939, more than 900 Jews escaping the horrors of Nazi concentration camps were sent back to almost certain death by Democrat President Franklin Delano Roosevelt. These men, women, and children were real refugees in need of asylum, but Roosevelt turned them away. That led to the preventable death of 254 innocent people. Despite this terrible injustice done to the Jewish people by a Democrat president, Democrats insist that they are a party of “tolerance” and “compassion.” If you actually look at the history books, it’s easy to see the Democratic Party’s long history of antisemitism stretching long before and long after World War II.

Just over a month ago, a sitting member of the House of Representatives compared Jewish Israeli settlers to an infestation of termites. He is Representative Hank Johnson, a Democrat from Georgia. His words echo those of the bigoted Louis Farrakhan, who wrote a tweet saying “I’m not an anti-Semite. I’m anti-Termite.” Despite these despicable words, many Democrats will stand side by side with the likes of Johnson and Farrakhan. They don’t mind being around anti-Semites when it suits their purposes.

Many of these bigots hide under the guise of the Boycott, Divestment, and Sanctions movement, so-called BDS. Supporters of BDS say Israel should not exist and that Jews have no right to their houses, lands, and property. BDS proposes that the U.S. completely severe relations with the nation of Israel in the hopes that it will be consumed by the radical forces constantly pressing against it. BDS is hatred to the very core.

This sort of thinking may be welcome among Democrats, but you won’t find it in Republican camps. Conservatives recognize the right of Israelis to govern themselves. Republicans see the nation of Israel as a beacon of freedom and democracy in the middle of a region filled with hatred and tyranny. Israel has been a consistent ally of our nation in every struggle. The next time you hear a radical leftist college student, crackpot, or Congressman talk about how inclusive they are, you just remind them which party says an entire nation has no right to exist.

What You Need to Know is the Qatar-Europe NGO scandal continues! These global schemes with millions of dollars flowing through non-government … END_OF_DOCUMENT_TOKEN_TO_BE_REPLACED

What You Need to Know is Rand Paul's wife is right! Senator Rand Paul was attacked a few years ago by his neighbor who was left-leaning. When Nancy … END_OF_DOCUMENT_TOKEN_TO_BE_REPLACED

What You Need to Know is Rand Paul's wife is right! Senator Rand Paul was attacked a few years ago by his neighbor who was left-leaning. When Nancy … END_OF_DOCUMENT_TOKEN_TO_BE_REPLACED

Phyllis Schlafly Eagles · February 3 | "Woman" Is the Word of the Year The internet is a powerful tool that most of us use every day. … END_OF_DOCUMENT_TOKEN_TO_BE_REPLACED