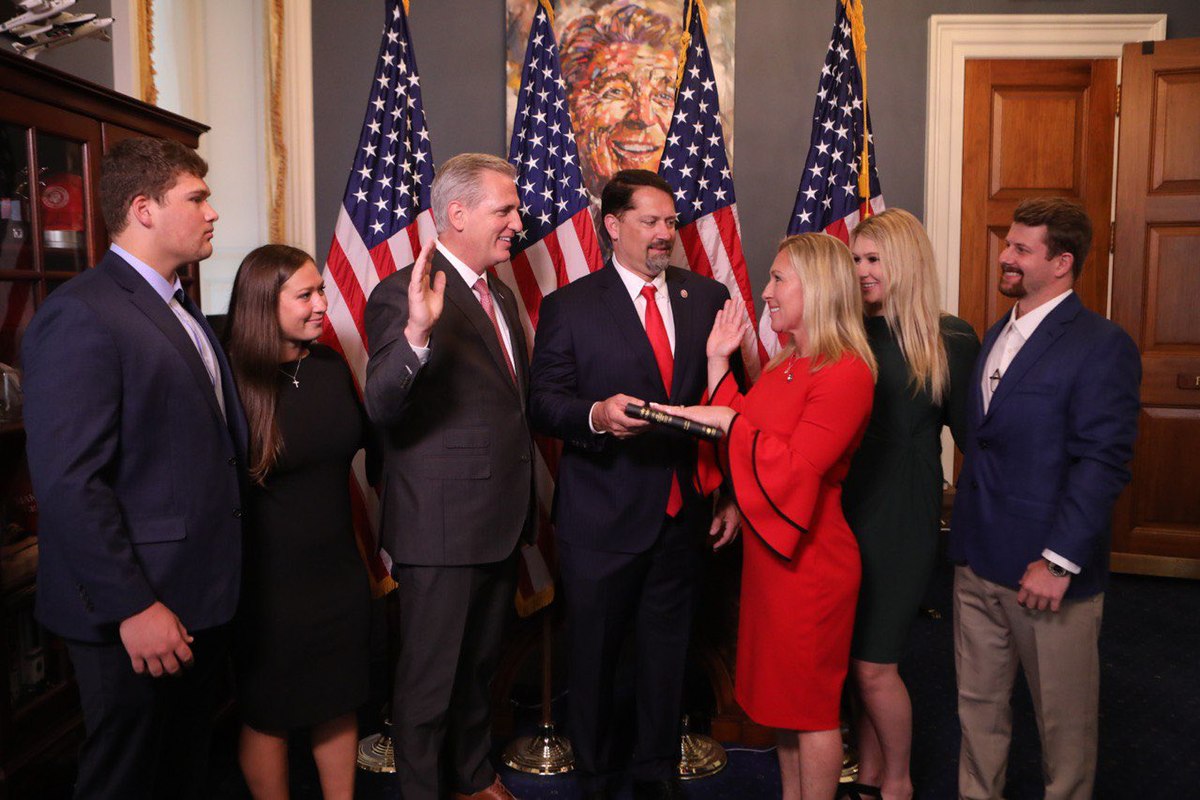 Television networks are not allowed to censor speech in advertisements by political candidates, so why have social media monopolies gotten away with their censorship of conservative viewpoints? Emails uncovered in one case showed how Big Tech censored critics of Democrat policies, in order to pander to demands by the Biden Administration.

Far from banning dangerous users, as Big Tech and its supporters pretend in court, they have instead been banning conservatives, including Trump, for the political goal of helping Democrats. Yet mass shootings have been broadcast live over social media, sometimes apparently motivated by that publicity, and threats of violence have been posted by shooters on their accounts without being timely censored. Twitter was not acting to prevent violence or trying to combat any hate speech when it halted the personal account of the popular congresswoman Rep. Marjorie Taylor Greene. She was subsequently reelected by a landslide in her primary in Georgia, yet Twitter falsely pretended that her tweets were somehow a menace to society.

Big Tech is beholden to liberals in government and has been taking orders about what to delete from Democrats on Capitol Hill. Biden himself has demanded that Big Tech exclude statements he dislikes from appearing on the internet, declaring in January that “it has to stop!” In court, Big Tech pretends it must have an unlimited right to exclude fringe groups and postings, or else so-called hate speech will overrun their platforms. But the internet developed just fine without an Orwellian Ministry of Truth based in California.

Telephone companies and other common carriers are not allowed to prohibit comments based on their content, and neither should social media monopolies. No matter how many slick-suited lawyers Big Tech hires, they cannot hide the fact that they have an obligation to allow diverse viewpoints on their platforms. If they want to control their content, then they should be held liable for the posts that users make. Big Tech can’t have their cake and eat it too. It is up to courageous conservatives to call out these hypocrisies and demand accountability from social media platforms at every level.

President Biden and his Leftist administration have weaponized the Department of Justice (DOJ) for their political purposes to an intolerable extreme. … END_OF_DOCUMENT_TOKEN_TO_BE_REPLACED

Phyllis Schlafly Eagles · #WYNK: Nancy Pelosi is Retiring! | November 18, 2022 #ProAmericaReport The following is a transcript from the Pro America … END_OF_DOCUMENT_TOKEN_TO_BE_REPLACED

Elon Musk has 119 million followers on Twitter, the platform which he just bought for $44 billion. That’s more followers than Taylor Swift, whose … END_OF_DOCUMENT_TOKEN_TO_BE_REPLACED

What You Need to Know is why Trump is not an echo of other candidates before him. Phyllis Schlafly famously first used that phrase — a choice, not an … END_OF_DOCUMENT_TOKEN_TO_BE_REPLACED

What You Need to Know is the Narrative Machine fights to Free Speech on Twitter. Elon Musk, like him or not, is revealing the angst of Big Media and … END_OF_DOCUMENT_TOKEN_TO_BE_REPLACED

What You Need to Know is what’s right in America! We talk so much about what’s wrong in America and how broken our elected officials are — there’s a … END_OF_DOCUMENT_TOKEN_TO_BE_REPLACED