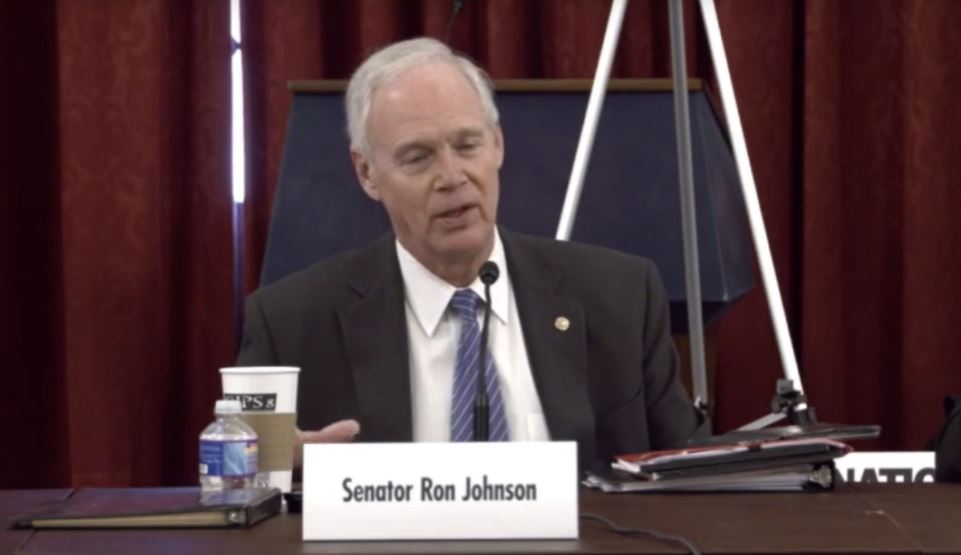 Thousands of Americans gathered on the national mall for the “Defeat the Mandates” rally led by Robert F. Kennedy Jr., whose new book, The Real Anthony Fauci, has already sold more than 500,000 copies. The diverse crowd somehow got there despite airline cancellations and how cities including Washington, D.C., require proof of vaccination before customers can be served in restaurants.

The next day, Senator Ron Johnson (R-WI) courageously convened a panel discussion of some of the world’s most highly credentialed experts on infectious disease. Entitled “Covid-19: A Second Opinion,” the meeting was held in the historic Caucus Room of the Russell Senate Office Building, whose marble columns and heavy red drapes have provided the backdrop to many famous congressional hearings. Senator Johnson’s convocation may be the most important hearing in the 110 years since the Senate heard from survivors of the Titanic disaster in the very same room. Senators conducted the Titanic hearing in 1912 in order to determine why 1,500 of the Titanic’s 2,200 passengers needlessly perished in that catastrophe.

Among the witnesses this time was Dr. Paul Marik, M.D., a critical care doctor whose 500 peer-reviewed articles have been cited in over 48,000 other peer-reviewed publications. Referring to the 850,000 Americans who have died of Covid, Dr. Marik said bluntly: “These have been unnecessary, needless deaths.” Dr. Marik was highly critical of the very expensive but “toxic” new drug remdesivir for hospitalized Covid patients, saying “The question is why. Why have cheap, safe, and effective drugs been ignored for the treatment of Covid-19 which could have saved maybe 500,000 lives?” Dr. Marik’s question remains unanswered.

Sen. Ron Johnson is pivotal to the battleground state of Wisconsin, and is running for reelection to help the GOP retake the U.S. Senate. His Titanic-like hearing illustrates how essential he is to push back against biased and misguided public health policies. Science that is beyond question is not science at all, but religion. We need more brave Americans like Sen. Johnson who are willing to stand up against the ordained priesthood of Fauci-affirming so-called “science.”

What You Need to Know is How America is Winning and Losing. One way we are losing in America is how the Narrative Machine is reporting the Jan. 6th … END_OF_DOCUMENT_TOKEN_TO_BE_REPLACED

Phyllis Schlafly Eagles · #WYNK: How America is Winning and Losing | June 29, 2022 #ProAmericaReport The following is a transcript from the Pro … END_OF_DOCUMENT_TOKEN_TO_BE_REPLACED

Phyllis Schlafly Eagles · June 30 | Pro-Life Without Exceptions: Life of the Mother Enemies of the pro-life movement know that they can never win … END_OF_DOCUMENT_TOKEN_TO_BE_REPLACED

Phyllis Schlafly Eagles · June 29 | Pro-Life Without Exceptions: Health of the Mother Empty emotional appeals are the only way for pro-choicers to … END_OF_DOCUMENT_TOKEN_TO_BE_REPLACED

What You Need to Know is Republicans cave on gun rights. Senate Republicans have put on full display the ruling class uniparty by compromising with … END_OF_DOCUMENT_TOKEN_TO_BE_REPLACED

Phyllis Schlafly Eagles · #WYNK: Happy birthday to America! | July 1, 2022 #ProAmericaReport The following is a transcript from the Pro America … END_OF_DOCUMENT_TOKEN_TO_BE_REPLACED