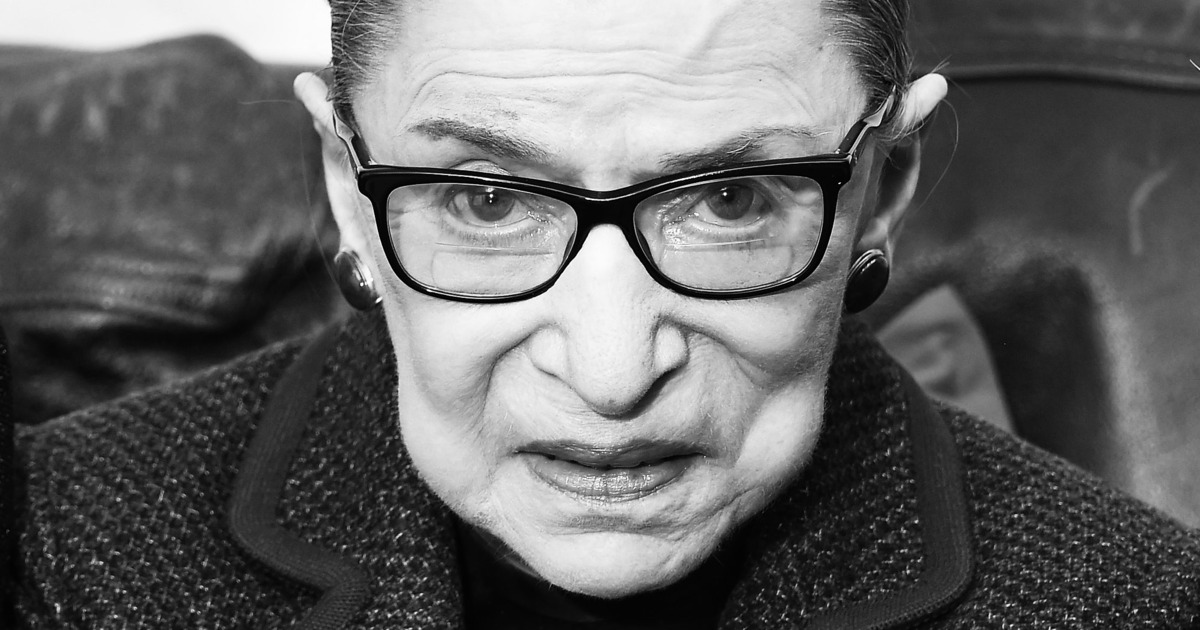 I promised to tell you today about Supreme Court Justice Ruth Bader Ginsburg’s paper trail, which she should have been interrogated about during her confirmation hearings, but was not, because the Senators were too chicken to dare to question a lady.

Correction: she’s not a lady, she’s a person who does not approve of gender specific words such as lady. Besides, she’s a feminist, one of those female persons who say they want to be treated like a man, but, of course, they don’t really.

Anyway, here is some of Ruth Bader Ginsburg’s nonsense from her 1977 book called “Sex Bias in the U.S. Code.” It sets forth all the changes in our laws that the feminists demanded to allegedly make women equal to men. The book was published and paid for by the U.S. Commission on Civil Rights, so it must have been important.

Here are some of the extremist concepts from the Ginsburg book that could have made hilarious entertainment for viewers of the confirmation hearings on television.

Ginsburg called not only for drafting women into the military but for giving them affirmative action assignments. She declared the traditional family obsolete by writing: “It is a prime recommendation of this report that all legislation based on the breadwinning husband [and] dependent, homemaking wife pattern be” wiped off the law books.

She called on government to take over child care, to legalize prostitution, and to sex-integrate the prisons, the Boy Scouts and Girl Scouts.

The Senators failure to interrogate Ruth Bader Ginsburg about her silly book when her Supreme Court nomination was considered was a travesty. So now we are stuck with a Supreme Court Justice who thinks it is OK to recognize foreign law as better than our own Constitution.

Ruth Bader Ginsburg does not deserve to be on the U.S. Supreme Court.

What You Need to Know is the Qatar-Europe NGO scandal continues! These global schemes with millions of dollars flowing through non-government … END_OF_DOCUMENT_TOKEN_TO_BE_REPLACED

Phyllis Schlafly Eagles · February 3 | "Woman" Is the Word of the Year The internet is a powerful tool that most of us use every day. … END_OF_DOCUMENT_TOKEN_TO_BE_REPLACED

Phyllis Schlafly Eagles · #WYNK: Pro-Life Movement Has to Adjust | January 19, 2023 #ProAmericaReport The following is a transcript from the Pro … END_OF_DOCUMENT_TOKEN_TO_BE_REPLACED

Phyllis Schlafly Eagles · #WYNK: Political Hit Jobs Against Lawyers | January 18, 2022 #ProAmericaReport The following is a transcript from the Pro … END_OF_DOCUMENT_TOKEN_TO_BE_REPLACED

What You Need to Know is the House GOP Must Exercise Power of the Purse. We’re back to following the money this week, this time in Congress! House … END_OF_DOCUMENT_TOKEN_TO_BE_REPLACED

What You Need to Know is Tucker is allowing the will of the people to be heard! When a huge block of Republicans and so-called conservatives are … END_OF_DOCUMENT_TOKEN_TO_BE_REPLACED