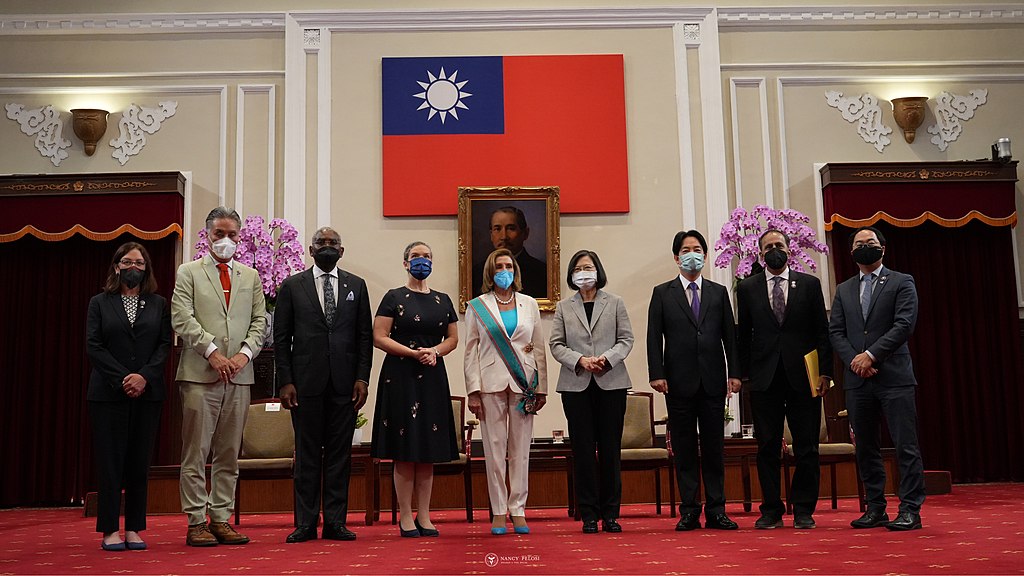 Communist China is without question the greatest foreign adversary America faces today. Their military might is formidable and their economic reach spans throughout the globe. Our leaders need to take it seriously when Chinese leaders threaten to assassinate a representative of our nation. That is precisely what happened when Speaker of the House Nancy Pelosi traveled to the island nation of Taiwan for a visit. Leading Chinese propagandist Hu Xijin said that Pelosi should be abducted or shot out of the skies for daring to visit Taiwan.

Pelosi is far from the first American politician to travel to the island nation. Quite a few members of Congress visit every year, thanks to the Taiwan Travel Act signed by President Trump in 2018. In just one delegation earlier in 2022, Senators Burr, Menendez, Graham, Sasse, Portman, and Jackson all made the trip unopposed by the communists. Yet, Taiwan remains the biggest sticking point for the Chinese government because the free people of Taiwan represent what China could be if they embraced free market capitalism instead of communism. That is why in 2019 Chinese dictator Xi Jinping threatened that supporters of Taiwan would have their “bones ground to powder.” Not one to be pushed around, President Trump responded by selling Taiwan $1.8 billion in military equipment.

Global politics may look a lot like schoolyard drama, but the consequences can be much more devastating. We can’t afford to have weak leadership that backs down in the face of Chinese aggression. President Joe Biden and his Secretary of State Anthony Blinken can’t be trusted with the task. Sure, Blinken bravely tweeted out that “We stand with the people of Hong Kong & continue to support their human rights & fundamental freedoms.” The only problem is that he deleted the tweet shortly thereafter. As Speaker Nancy Pelosi prepared for her visit to Taiwan, Biden and his cronies begged her not to go. He feebly claimed that “the military thinks it’s not a good idea right now.” That is weak and pathetic. We don’t need Biden’s brand of foreign policy. We need an America First leader who is not afraid to stand up to the bullies of the global schoolyard.

What You Need to Know is Ray Epps was in on it! Who is Ray Epps? Congressman Jamie Raskin gave us the answer after the prompting by Congressman Thomas … END_OF_DOCUMENT_TOKEN_TO_BE_REPLACED

Phyllis Schlafly Eagles · September 27 | Do Politicians Care About Teachers? Promises are easy to make and hard to keep, especially in politics. If … END_OF_DOCUMENT_TOKEN_TO_BE_REPLACED

What You Need to Know about Priorities & America First. Phyllis Schlafly would give awards to significant people in her life. On these awards … END_OF_DOCUMENT_TOKEN_TO_BE_REPLACED

Phyllis Schlafly Eagles · September 15 | Should Americans Sacrifice for the "Liberal World Order"? As America comes to grips with the … END_OF_DOCUMENT_TOKEN_TO_BE_REPLACED

What You Need to Know about Three big things happening this week! 1) Merrick Garland's appearance is weak and career-ending. He will likely be out of … END_OF_DOCUMENT_TOKEN_TO_BE_REPLACED

Phyllis Schlafly Eagles · #WYNK: Be A Doer — Kitty Werthmann | July 15, 2022 #ProAmericaReport The following is a transcript from the Pro America … END_OF_DOCUMENT_TOKEN_TO_BE_REPLACED

Phyllis Schlafly Eagles · #WYNK: It's 1894 In 2022 | September 30, 2022 #ProAmericaReport The following is a transcript from the Pro America … END_OF_DOCUMENT_TOKEN_TO_BE_REPLACED