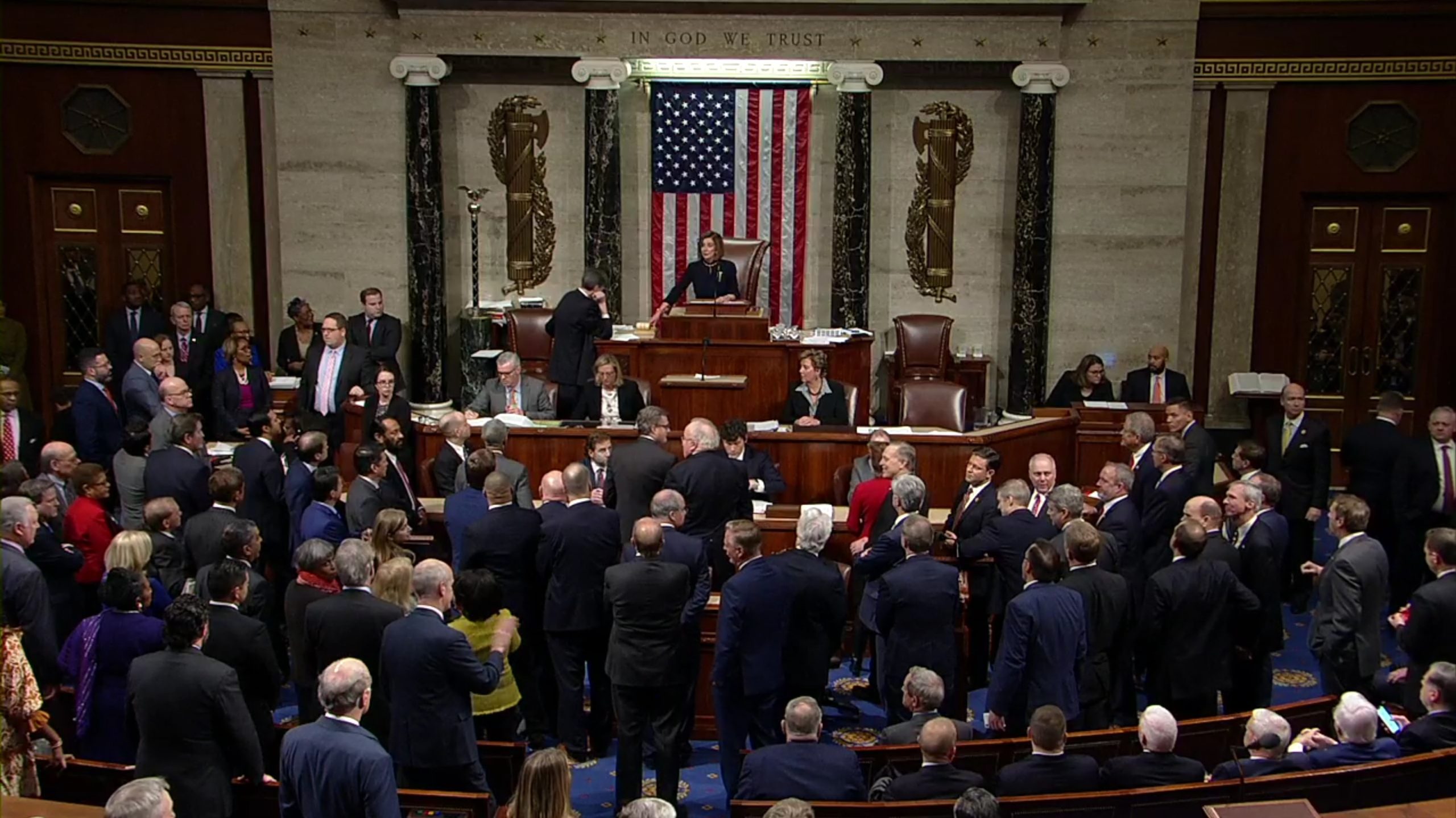 It’s clear that our Founding Fathers never meant for impeachment to be a political hit job like it was for President Trump. If the Democrats ever bothered to read the Constitution, they would know Trump’s actions never even came close to being impeachable. Despite all of this, they insisted on dragging the Constitution through the mud in an effort to drag our President along with it. Some Republicans are suggesting that what’s good for the goose will be good for the gander if liberals ever try this gimmick again. Now that the Democrats have lowered the standard of an impeachable offense to something as trivial as temporarily withholding American taxpayer funds to a corrupt foreign country, Republicans could easily impeach a Democratic president pretty quickly.

Senator Joni Ernst (R-IA) pointed out that Joe Biden could be impeached using the new low standard adopted by enemies of the President. A future Republican House and Senate could return the favor of routine impeachment in spades if they wanted to stoop as low as the House Democrats have. This warning shot at Joe Biden should make Democrats think twice before voting to remove President Trump. It’s unlikely that future Republicans would ever stoop this low in a takedown attempt against a Democratic president. That being said, it’s comforting to know that if Democrats try these shenanigans again, it could easily boomerang on them.

The historical significance of this impeachment fiasco is its death as a purely political weapon.  The impeachment antics struck out with the public, with television, and with protesters. Never again should an impeachment be based on secret hearings, refusals to charge a crime, or reliance on Deep State bureaucrats with gripes over policy differences.  When a presidential election is less than a year away, the people should be the ones who decide whether to reelect a president. We don’t need the job of choosing our president taken away from us by inside-the-Beltway career politicians who are too biased to be credible. Adam Schiff may not believe the American people can be trusted anymore, but I certainly do. No more sham-peachments!

What You Need to Know is Mom first! Life begins at conception. But what if the pro-life movement reframed the battle. What if we advertised that life … END_OF_DOCUMENT_TOKEN_TO_BE_REPLACED

Phyllis Schlafly Eagles · #WYNK: Trump is Stronger Than Biden | January 27, 2023 #ProAmericaReport The following is a transcript from the Pro … END_OF_DOCUMENT_TOKEN_TO_BE_REPLACED

What You Need to Know is Trump is stronger than Biden. Our American leaders sending tanks and weapons to escalate the war in Ukraine aren’t in line … END_OF_DOCUMENT_TOKEN_TO_BE_REPLACED

Phyllis Schlafly Eagles · #WYNK: Documents and Double Standards | January 24, 2023 #ProAmericaReport The following is a transcript from the Pro … END_OF_DOCUMENT_TOKEN_TO_BE_REPLACED

For Immediate Release: January 26, 2022Contact: Ryan Hite, Communications Director Solution Staring Us In the Face to Save American Lives: Shut the … END_OF_DOCUMENT_TOKEN_TO_BE_REPLACED