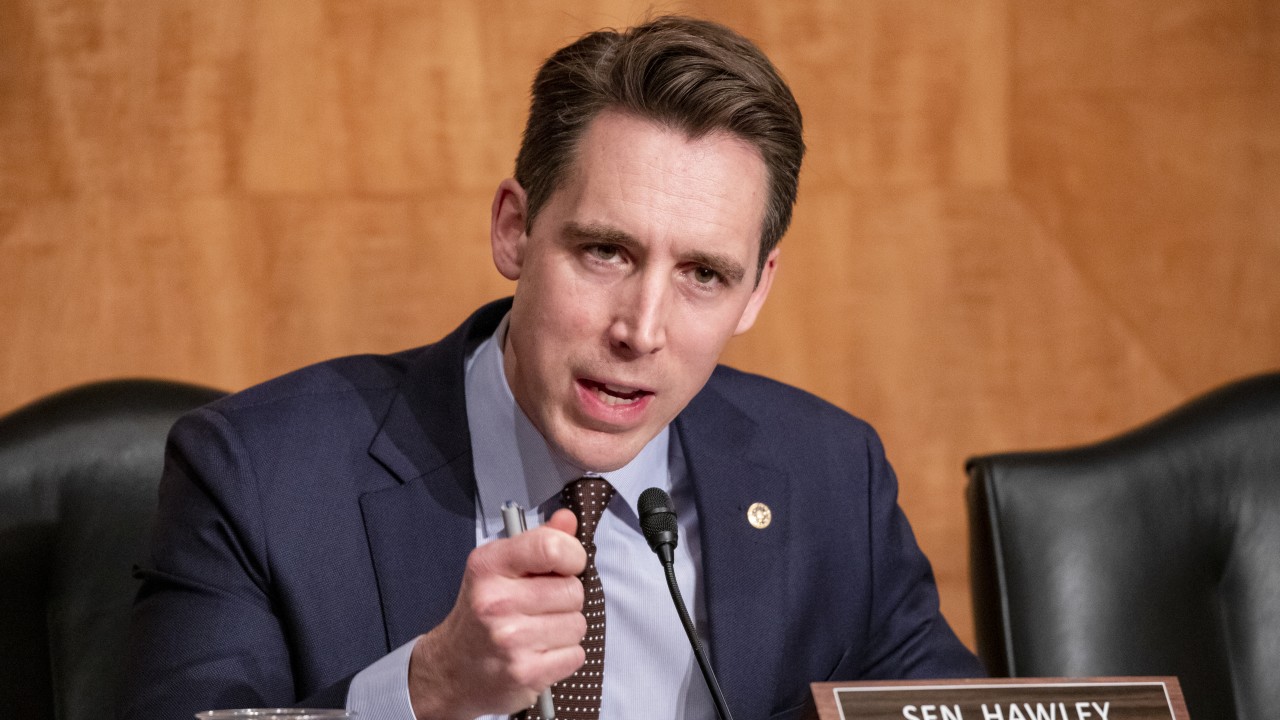 Senator Josh Hawley (R-MO) has been a lion in the U. S. Senate, despite being its youngest member in his rookie year.  His landslide victory over the entrenched liberal favorite Claire McCaskill was the biggest conservative win of the midterm 2018 elections. Hawley earned a coveted seat on the Senate Judiciary Committee and quickly became its strongest member.  Rather than rubber-stamp nominations as his colleagues had been doing, Sen. Hawley went to work.

He blocked the confirmation of a liberal nominated to the federal bench, despite intense pressure to stand down.  Michael Bogren had been nominated for a lifetime position in the Western District of Michigan despite comparing religious liberty by a Catholic farmer to the views of the KKK. Other Senate Republicans seemed just fine with this nomination, even after Bogren aggressively defended his extreme view under questioning by Senator Hawley during a Senate Judiciary Committee hearing. Hawley didn’t back down. Once he led on this, other Republicans felt compelled to follow. Bogren ultimately withdrew, letting Hawley set the precedent that similar future nominees will not be confirmed. Too many nominees by Presidents Reagan and the two Bushes sailed through the U.S. Senate despite being closet liberals.

Democratic candidates for president should take note also.  When Ruth Bader Ginsburg was nominated for the Supreme Court despite a track record of supporting abortion and even opposing laws against statutory rape of underage girls, Republicans failed to ask her a single meaningful question and voted almost unanimously for her.

Josh Hawley also took on Big Tech when other senators were afraid to. He sponsored legislation against censorship by internet giants, which excluded or marginalized conservative speech. Hawley promoted the America First agenda of Donald Trump, while other Republican senators wasted their time and ours by talking about impeachment. In one of the finest speeches of the year, Hawley declared that we should adopt pro-America policies and reject the failed globalism approach of the past.

For candidates running in this year’s elections, take note. If you listen to the people instead of the creatures of the Swamp, you will be rewarded with the loyalty of voters who decide the real winners in American politics.

What You Need to Know is Trump’s record is baked in. He’s already been torn apart every which way and his record stands with all the things you like … END_OF_DOCUMENT_TOKEN_TO_BE_REPLACED

Phyllis Schlafly Eagles · #WYNK: Pro-Life Movement Has to Adjust | January 19, 2023 #ProAmericaReport The following is a transcript from the Pro … END_OF_DOCUMENT_TOKEN_TO_BE_REPLACED

Phyllis Schlafly Eagles · #WYNK: Political Hit Jobs Against Lawyers | January 18, 2022 #ProAmericaReport The following is a transcript from the Pro … END_OF_DOCUMENT_TOKEN_TO_BE_REPLACED

What You Need to Know is Trump is stronger than Biden. Our American leaders sending tanks and weapons to escalate the war in Ukraine aren’t in line … END_OF_DOCUMENT_TOKEN_TO_BE_REPLACED

Phyllis Schlafly Eagles · #WYNK: Trump is Stronger Than Biden | January 27, 2023 #ProAmericaReport The following is a transcript from the Pro … END_OF_DOCUMENT_TOKEN_TO_BE_REPLACED