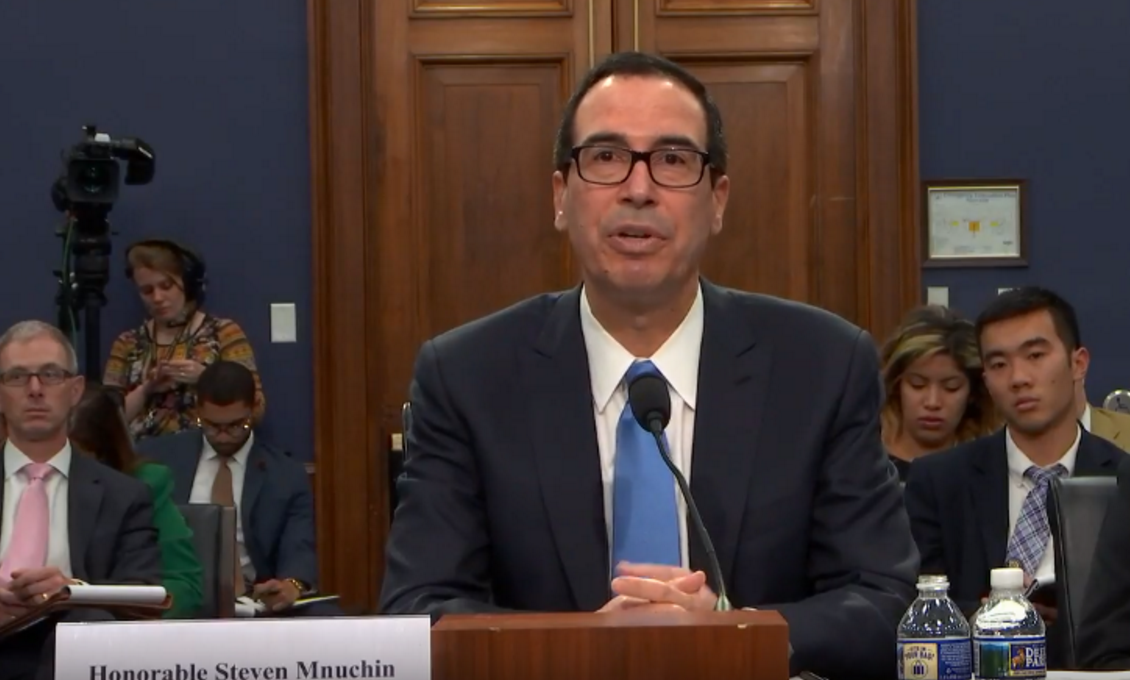 This might come as a shock to Democrats, but the purpose of Congress is not to investigate the president. Their job is to debate and pass legislation. Treasury Secretary Steven Mnuchin pointed that out while perfectly responding to a demand by House Democrats for Trump’s tax returns.  Mnuchin said “The Committee’s request lacks a legitimate legislative purpose” and “the Department is therefore not authorized to disclose the requested returns.”

It seems Democrats have forgotten what the American people elected them to do. Democrat-controlled committees in the House are spending all their time issuing subpoenas left and right to hound the Trump administration. So far, nothing good has come out of this big distraction.  Mueller already wasted years investigating imaginary Russian collusion, and that case is closed.

There is no ongoing legislative debate that would make documents by Trump advisers helpful to them. Nobody is seeking their opinions on how to craft bills. House Democrats obviously don’t even want to work with the Trump administration on most legislative issues. Instead, they want to keep bullying and harassing him.

Lucky for us, they picked on the wrong guy to mess with. President Trump has already proven he won’t be bullied. He won’t be pressured into giving up on his pro-America agenda. He’ll even turn the liberals’ own tricks against them. He is more than willing to take issues to the Supreme Court to vindicate his positions.  All signs show there is a majority on the High Court on Trump’s side. If that is the case, how do Democrats realistically expect to get their hands on Trump’s tax returns? It is obvious the House Democrats want Trump’s tax returns to disclose them publicly. This is reminiscent of how President Nixon supposedly sought to use the IRS against his political adversaries, and Democrats certainly didn’t like that.

What You Need to Know is the Qatar-Europe NGO scandal continues! These global schemes with millions of dollars flowing through non-government … END_OF_DOCUMENT_TOKEN_TO_BE_REPLACED

Proving once again that he is in touch with ordinary Americans, Donald Trump selected education for the first video message of his 2024 presidential … END_OF_DOCUMENT_TOKEN_TO_BE_REPLACED

Phyllis Schlafly Eagles · #WYNK: Trump's Record is Baked In | January 30, 2023 #ProAmericaReport The following is a transcript from the Pro … END_OF_DOCUMENT_TOKEN_TO_BE_REPLACED

What You Need to Know is Trump’s record is baked in. He’s already been torn apart every which way and his record stands with all the things you like … END_OF_DOCUMENT_TOKEN_TO_BE_REPLACED

Phyllis Schlafly Eagles · February 3 | "Woman" Is the Word of the Year The internet is a powerful tool that most of us use every day. … END_OF_DOCUMENT_TOKEN_TO_BE_REPLACED

What You Need to Know is Tucker is allowing the will of the people to be heard! When a huge block of Republicans and so-called conservatives are … END_OF_DOCUMENT_TOKEN_TO_BE_REPLACED