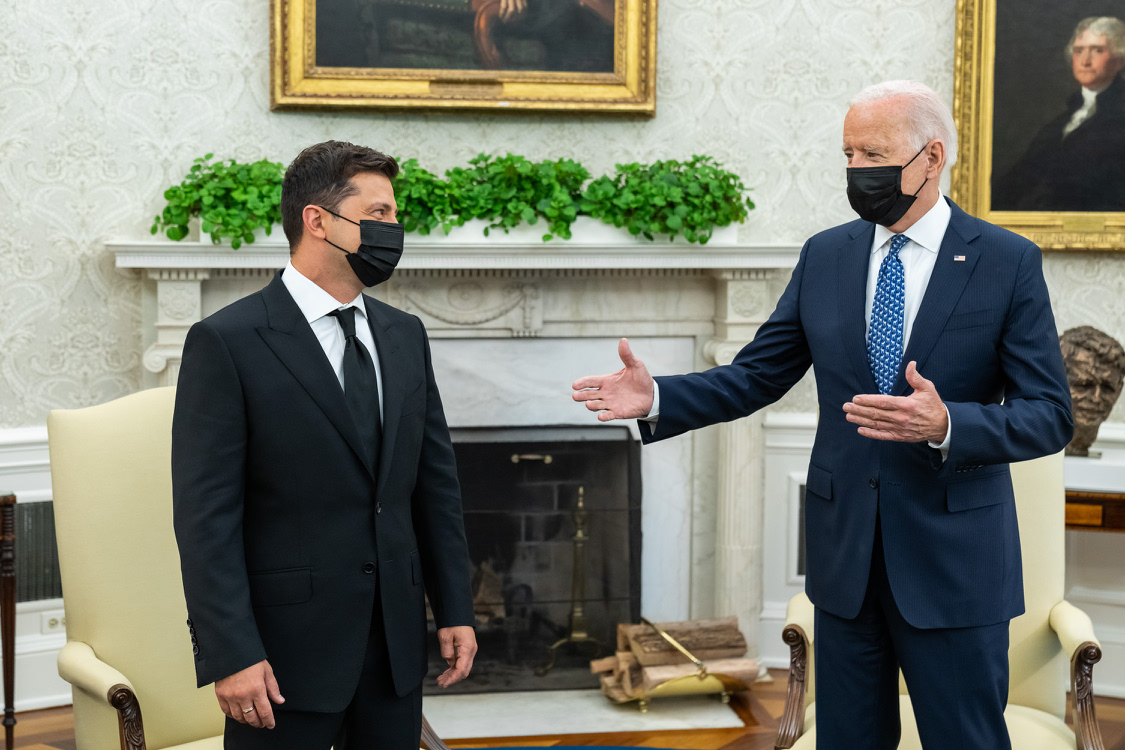 The latest request by Ukrainian president Volodymyr Zelensky came with a $50 billion price tag and a personal visit by Joe Biden. The White House responded “no,” but only to the part about Biden visiting.

Just to make sure everyone at home can keep score, remember that Zelensky was elected after a 2014 Leftist revolution there and supported by a media oligarch billionaire. Biden and Congress had already granted the liberal Ukrainian politicians 13.6 billion American dollars, but Zelensky quickly returned to ask for more than three times that much in the form of grants or loan guarantees by the United States. There is no end in sight for how much this will ultimately cost Americans.

Biden has entangled the United States in this conflict far worse than Congress ever authorized him to. By sending weapons to Ukraine, Biden has wrongly put our country and Americans at risk of deadly retaliation by Russia, as Russian President Vladimir Putin recently warned could happen in unexpected ways.

Some Republican candidates for office are not supporting this as entrenched politicians in D.C. are. One of the skeptics, J.D. Vance, was endorsed by Trump for a pivotal open U.S. Senate seat in Ohio, before going on to win the Republican primary by a healthy margin. The retiring Sen. Rob Portman (R-OH) is co-chair of the Senate Ukraine Caucus. A crowded Republican group of many talented candidates competed for Portman’s seat amid the worsening Russia-Ukraine war, but none could beat out the America First candidate Vance.

The anti-Trump candidate, state senator Matt Dolan, came in a distant third in this race. He appeared on the Today Show to declare that he wants the United States to accept 100,000 Ukrainian refugees, “to start off with.” Obviously, the voters of Ohio had different ideas. President Trump’s America First message is alive and well among conservatives. The left still hasn’t learned that it will take much more than a barrage of hate to keep Trump down. Would-be candidates should remember not to follow the shiny object of deep involvement in the Ukraine conflict. Americans want to put America First, and we vote accordingly.

What You Need to Know is about the ethics of power, not the ethics of truth. That's the political situation we are facing! The left pursues power no … END_OF_DOCUMENT_TOKEN_TO_BE_REPLACED

Phyllis Schlafly Eagles · December 1 | We Need More Badges Herschel Walker had an iconic moment in a debate with Sen. Raphael Warnock when he … END_OF_DOCUMENT_TOKEN_TO_BE_REPLACED

What You Need to Know is Dems want a SWAT Team against the GOP? David Brock (formerly Media Matters) wants to beat up on Republicans in the House who … END_OF_DOCUMENT_TOKEN_TO_BE_REPLACED