President Ronald Reagan found out in 1986 that granting amnesty to illegal immigrants only serves to incentivize more illegal immigration – it does nothing to solve the problem. After he publicly denounced the amnesty bill in June, Trump was quickly courted by Leadership with a new compromise bill that included funding of a border wall, to the tune of $25 billion. But funding a wall is not the same as building a wall. Liberals run to the courts immediately to block almost anything Trump does on immigration. 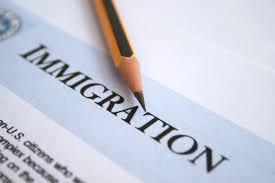 Before the ink could dry on such a bill, even if it were to pass the Senate intact, liberals would file suit to obtain injunctions blocking the construction of a wall. They would sue in predictably activist jurisdictions such as San Francisco and Hawaii, where multiple injunctions have already been issued to block Trump’s executive orders that were tame compared with a border wall.

Congress has the authority to “strip” federal courts of jurisdiction, and has done so on many occasions. As explained by Phyllis Schlafly in her classic book The Supremacists, former Senate Majority Leader Tom Daschle (a Democrat) once stripped jurisdiction from federal courts over challenges to brush-clearing in his home state.

Before President Trump signs any immigration bill, he should insist on broad jurisdiction-stripping provisions. If federal courts are allowed to wield authority over the construction of a border wall, then multiple Clinton – or Obama – appointed judges will surely enjoin its construction. Reasons given will range from environmentalism to non-existent prejudice.

Fortunately, few Republicans who want to win reelection will cross President Trump at this point, after one tweet sunk Never-Trumper Congressman Mark Sanford in his own primary in South Carolina. There is no reason for Trump to cave into Republicans at this point.

Lame duck House Speaker Paul Ryan, who is stepping down at the age of only 48 rather than fight for the Trump agenda, has long given priority to the agenda of the pro-illegal immigration lobbyists. But their goals are not those of the American people who elected Trump as president.

What You Need to Know is how the left controls the Narrative Machine. Check out these two headlines — Senate bid to save Roe v. Wade falls to GOP-led … END_OF_DOCUMENT_TOKEN_TO_BE_REPLACED

For Immediate Release: May 11, 2022Contact: Ryan Hite, Communications Director Staggering 8.3% Inflation Can Only Be Blamed On Biden's Broken … END_OF_DOCUMENT_TOKEN_TO_BE_REPLACED

Phyllis Schlafly Eagles · #WYNK: Systems Aren't Working in America | April 29, 2022 #ProAmericaReport The following is a transcript from the … END_OF_DOCUMENT_TOKEN_TO_BE_REPLACED

What You Need to Know is that systems aren’t working in America. From homelessness, to immigration, to inflation — we have a set of problems that … END_OF_DOCUMENT_TOKEN_TO_BE_REPLACED

What You Need to Know about the politics of mask mandates! This week we saw the mask mandate lift on public transportation. Here are two headlines … END_OF_DOCUMENT_TOKEN_TO_BE_REPLACED

Phyllis Schlafly Eagles · May 16 | The Trickle-Down Effect of Bad Policies Good news arrived in the district court of the District of Columbia, … END_OF_DOCUMENT_TOKEN_TO_BE_REPLACED