Whenever Republicans and conservatives gather among themselves – and I’ve been to many such meetings in recent months – people talk about the need for new leadership in Washington. Every day I hear Republican voters expressing disappointment with the Republicans who occupy the top jobs in the U.S. House and Senate.

The intense desire of Republican base voters for effective leadership is what explains the success of the three “outsider” candidates for president – Donald Trump, Dr. Ben Carson and Carly Fiorina. Trump and Carson have consistently shown double-digit leads over all the other candidates, but last week Carly dazzled the grassroots with her compelling performance in the CNN debate.

While other candidates resorted to inside-the-beltway jargon about “defunding” Planned Parenthood, Carly cut to the chase with her vivid declaration: “I dare Hillary Clinton and Barack Obama to watch these tapes. Watch a fully-formed fetus on the table, its heart beating, its legs kicking, while someone says we have to keep it alive to harvest its brain. This is about the character of our nation.”

Since the mainstream media has ignored the video evidence, Democrats think they can get away with pretending it doesn’t exist. One pro-abortion journalist even said the video “may have been a figment of Fiorina’s fevered imagination.”

To see for yourself the truth of what Carly said, just point your computer to the seventh video released by the Center for Medical Progress and advance to the 5:56 mark. There you can watch as Holly O’Donnell, a former employee of Planned Parenthood’s body-parts customer Stem Express, explains what her job required her to do. https://youtu.be/FzMAycMMXp8

The House voted overwhelmingly last week to suspend funding for one year while the video evidence against Planned Parenthood is properly investigated, along with another bill to require medical care for infants born alive during an abortion. Both bills are also supported by a majority of Senators, so why aren’t they being attached to a bill that funds the government for the next fiscal year starting October 1?

Nothing shows the failure of leadership better than the apparent decision by Republican leaders in Congress to allow those bills to die like the fully-formed fetus on the table in the abortion clinic shown in the video, its legs kicking just as Carly said. After making a pro-life gesture or what’s known as a “show vote,” the Republican leaders have apparently decided to allow federal money to continue flowing to Planned Parenthood in the next fiscal year.

Newly elected Rep. Dave Brat (R-VA), who upset then-Majority Leader Eric Cantor in the primary last year, revealed last week on C-SPAN that House and Senate leaders decided months ago to abandon “regular order” for funding the government. They’ve planned all along to push through a government-wide Continuing Resolution (CR) at the end of this month, to be followed by an Omnibus spending bill just before Christmas.

In other words, we’re about to see a repeat of what happened last December when House Speaker Boehner and Senate leader McConnell, working behind closed doors, cobbled together the 1,600-page, $1.1 trillion “cromnibus” spending bill and forced it through the lame-duck Congress on a narrow, bipartisan vote. Nancy Pelosi delivered enough Democratic votes to compensate for the 67 conservative Republicans who voted against that monstrosity, which even included the money to implement Obama’s executive amnesty of 5 million illegal aliens.

Most Republicans ran on a promise to return our government to the Constitution. Our founding document clearly vests in Congress the power of the purse by providing that “The Congress shall have power to … provide for the … general welfare of the United States” and that “No money shall be drawn from the treasury, but in consequence of appropriations made by law.”

This is the same Republican Congress that passed the Corker bill, which exempted Obama’s dangerous deal with Iran from the two-thirds vote in the Senate which the Constitution requires. Congress has done nothing to curb the judicial supremacy by the Supreme Court and lower courts on social issues, despite clear authority in the Constitution for Congress to withdraw jurisdiction.

Our system is built on checks and balances, yet Congress is standing by while the President and the Supreme Court are encroaching on Congress’s powers. Congress should use its spending power to push back against overreaching by the other branches.

A final note: Carly Fiorina was the only candidate on stage who firmly declined the moderator’s invitation to recommend a woman for the $10 or $20 bill, replacing Hamilton or Jackson, two great men without whom America as we know it would not exist. The ten male candidates should have had the fortitude to resist that bad feminist idea.

Phyllis Schlafly Eagles · May 18 | Democrats and Republicans Agree: The Border’s A Crisis An alarming pattern is emerging at the southern border. … END_OF_DOCUMENT_TOKEN_TO_BE_REPLACED

What You Need to Know is our job is to educate Elise Stefanik and other ew leaders! Elise is the new Republican conference chairperson, and right now … END_OF_DOCUMENT_TOKEN_TO_BE_REPLACED

What You Need to Know is Trump for Speaker is good for politics and policy! If Trump announces plans to become speaker of the house it will instantly … END_OF_DOCUMENT_TOKEN_TO_BE_REPLACED

What You Need to Know is the good side of the pandemic. Despite the rapid acceleration of the “cult” of science and Dr. Fauci, Americans are … END_OF_DOCUMENT_TOKEN_TO_BE_REPLACED 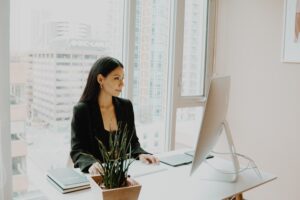 For Immediate Release: May 17, 2021Contact: Ryan Hite, Communications Director Washington, D.C.: "The Supreme Court has agreed to review a … END_OF_DOCUMENT_TOKEN_TO_BE_REPLACED