Shortly after Trump became president he issued Executive Order No. 13780, entitled “Protecting the Nation From Foreign Terrorist Entry Into the United States,” but judicial activism initially prevented it from going into effect. In June, a long-awaited ruling by the Supreme Court was a welcome comeuppance to activist judges who had blocked the so-called “travel ban” against immigration by potential terrorists. 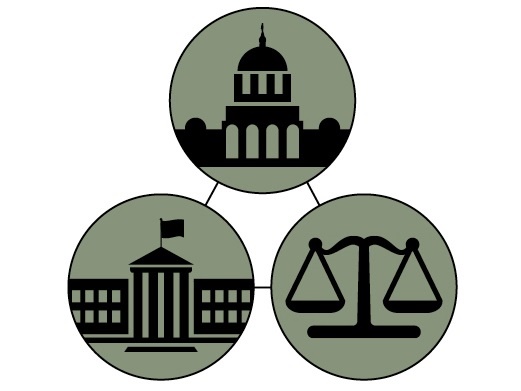 The Supreme Court ruling never used the phrase “travel ban,” because Trump merely suspended for 90 days. As Trump explained while campaigning, a suspension makes sense “until our country’s representatives can figure out what is going on” with the radical Muslims who commit terrorist attacks against innocent citizens.

“A foreign national who wishes to enter the United States to live with or visit a family member,” like someone’s wife or mother-in-law, would qualify. But weaker connections should not.

Three of the Justices wrote separately to say that Trump should have been given even more leeway to exclude dangerous aliens. This group included recently-confirmed Justice Neil Gorsuch, who joined a strong opinion written by Justice Clarence Thomas in favor of Trump.

By ruling for Trump, the Supreme Court may have really been averting a constitutional crisis for itself. The Constitution does not give the federal judiciary the power to enforce any of its rulings. Instead, federal courts depend entirely on the good will of the Executive Branch, which is under the control of President Trump, to implement court decisions.

This inherent check-and-balance on overreaching by federal courts may help explain why the Supreme Court reversed the lower courts and gave Trump a much-deserved win. Even liberal justices on the Supreme Court agreed to issue a ruling for President Trump, which he is willing to enforce.

The dramatic exit last Friday by Rep. John Katko (R-NY), who announced he would not run for reelection, may have shocked liberals but was no surprise … END_OF_DOCUMENT_TOKEN_TO_BE_REPLACED

What You Need To Know is this crime wave is intentional. Guest Host Andrea Kaye describes disturbing reports about a massive crime rate and murder … END_OF_DOCUMENT_TOKEN_TO_BE_REPLACED

If the education establishment wants to know why public schools don't get much respect from our citizenry, they need look no further … END_OF_DOCUMENT_TOKEN_TO_BE_REPLACED

Robert Strange McNamara belongs on the daytime soap operas. Better yet, his histrionics belong on Donahue or Geraldo or Sally Jesse Raphael. We are … END_OF_DOCUMENT_TOKEN_TO_BE_REPLACED

What You Need to Know about the Drums of War. The drums of war are being pounded by media and Biden - don't fall for it! More and more American … END_OF_DOCUMENT_TOKEN_TO_BE_REPLACED