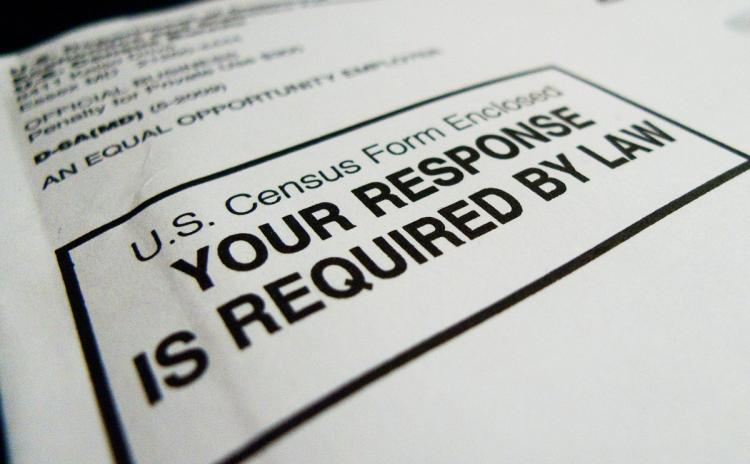 American citizenship is the most valuable status in the history of the world, worth more than even Roman citizenship was. It is elementary that a census of the people in our country should include in its questions whether someone is a citizen.

Yet asking for that basic information has created a massive firestorm among liberals who want to blur the distinction between those who are American citizens, and those who are not. No one can claim it is an invasion of anyone’s privacy to ask about citizenship, given that it should be a matter of public record.

The genteel industrialist who runs the obscure 115-year-old U.S. Department of Commerce appears to be an unlikely person to cause such controversy. Wilbur Ross, who will never light up a room or catch fire on social media while presiding over one of the grandest but least-visited buildings in Washington, holds a position that is considered a backwater in the president’s cabinet.

But Secretary Ross has become the most valuable player of the Trump administration. Not only has he provided critical support for the president’s America First trade agenda, but he has laid the groundwork for the president’s reelection by restoring the citizenship question to the census.

The importance of his decision is shown by the fact that Democrats in California immediately filed a lawsuit asking a federal judge to stop it. Federal judges appointed by Democratic presidents Barack Obama, Bill Clinton and even Jimmy Carter have become the first stop in the resistance to President Trump carrying out the will of the American people who elected him in 2016.

The initial lawsuit against Wilbur Ross was filed by the attorney general of California, Xavier Becerra, who should have his hands full defending his state’s unconstitutional sanctuary laws against a federal lawsuit by U.S. Attorney General Jeff Sessions. San Francisco is not only a sanctuary for illegal aliens, but it is also a popular venue for liberals seeking judicial supremacy to block Trump at every turn.

Another lawsuit against Ross is being threatened by Obama’s disgraced attorney general Eric Holder, who was found in criminal contempt of Congress for his role in covering up the Fast and Furious scandal. That should have derailed Holder’s legal career, but instead it’s treated as a badge of honor by those who advocate the alleged rights of illegal aliens.

The Constitution requires the federal government to conduct an “actual enumeration” every 10 years primarily because, as the Constitution also says, “Representatives shall be apportioned among the several States according to their respective Numbers.” This month is the deadline for finalizing plans for the next census that must be completed by April 1, 2020.

The census has always included all residents in its total enumeration, including both legal and illegal immigrants who are not U.S. citizens, and even slaves when slavery was legal. But how many residents are citizens has also been counted throughout U.S. history, as far back as the fourth decennial census in 1820.

Until 1950, all respondents were asked to report whether each person being counted was a U.S. citizen. From 1960 to 2000, the citizenship question was demoted to the “long form” census questionnaire that went to 1 in 6 households, and thereafter it was included in the American Community Survey which samples 3.5 million households per year.

As Secretary Ross explains in his decision, a sample of just 1 in 6 households is not accurate enough to determine how many citizens are living in small election districts. To obtain numbers accurate down to the level of small census blocks, which are required to enforce the federal Voting Rights Act, every person who is a U.S. citizen must be counted (in addition to every resident who is not a citizen).

Liberals claim that the citizenship question will discourage illegal residents from responding to the census, thereby undercounting them. Even worse, in the critics’ view, is how this might result in a reduction of taxpayer funding of agencies that dole out massive benefits to the illegal population.

The wily Wilbur Ross anticipated those objections, pointing out in his 8-page statement that “no one provided evidence that reinstating a citizenship question would materially decrease response rates.” On the contrary, there’s plenty of evidence that the citizenship question has no effect on response rates, even among “those who generally distrusted government and government information collection efforts, disliked the current administration, or feared law enforcement.”

Perhaps opponents of Trump should take solace in how Trump is not ordering a census like the one used by the Roman Empire at the time of Christ. The Roman census required everyone to return to their home city to be counted, and today that rule would have the salutary effect of deporting at their own expense the many millions of illegal aliens.

What You Need to Know is about the ethics of power, not the ethics of truth. That's the political situation we are facing! The left pursues power no … END_OF_DOCUMENT_TOKEN_TO_BE_REPLACED

What You Need to Know is that the government is destroying people’s lives over a political narrative. You need to understand the realities of the Jan. … END_OF_DOCUMENT_TOKEN_TO_BE_REPLACED

What You Need to Know is why Trump is not an echo of other candidates before him. Phyllis Schlafly famously first used that phrase — a choice, … END_OF_DOCUMENT_TOKEN_TO_BE_REPLACED